Zorba said:
You really think that would be the straw that broke the camel's back? People didn't give a shit when trump played favorites with covid supplies, they aren't going to care about this.
Click to expand...

It would have a huge impact, if nothing else on shifting demographics. Poor quality control or impacted supplies would have devestating effect on the oldest, who take far and away the most drugs. They also happen to be the biggest conservative voting bloc.

zinfamous said:
remember when these fucking ghouls tried to promise everyone that blocking abortion should be at the state level?

Yeah, no one believed them.

Republicans are the worst fucking humans that have ever lived. I don't understand why they hate humanity so fucking much. They will kill us all if we let them.
Click to expand...

It's not one people and it's not in one place. It's everywhere, and it's called different things. Here, they're Republicans. In Ukraine, it's Putin and his allies.

This is just the beginning. It's never not been around, sometimes there is just enough chaos that it can boil and froth and scald the things around it.
Reactions: KMFJD and ch33zw1z

KMFJD said:
oh yeah, they're working on that one

If the lawsuit prevails, women across the U.S. would lose access to the most common abortion method. The FDA's powers to approve drugs would also be weakened.

this is also a bit strange isn't it, spray painting a crisis pregnancy centre gets you much worse charges than setting fire to a planned parenthood centre 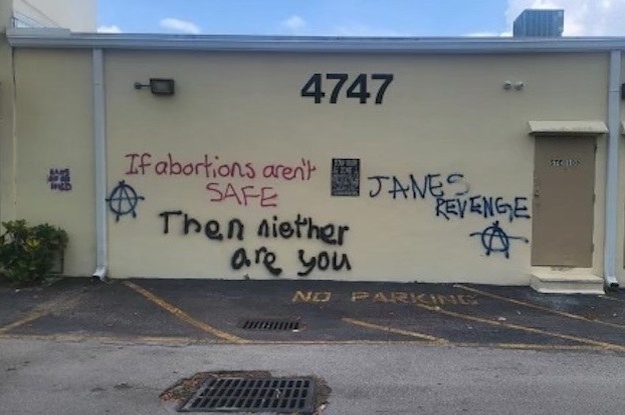 An Illinois man has been arrested and charged by criminal complaint with malicious use of fire and an explosive to damage, and attempt to damage, the Planned Parenthood Peoria Health Center in Peoria.