So we started the day by putting everything, with the exception of the SSD, on the Mobo and used the case power button to turn it on. Except it only spun the fans for a brief second and turned off. So after some quick troubleshooting, I had thought the PSU was dead because the Mobo LED was not turning on when we flipped the PSU switch. So we returned the PSU, which was a Corsair cx650m, for an EVGA 600B. This time we took the Mobo out of the case and set it on the mobo box to breadboard it. We hooked up the PSU to the board, used a staple to short the power button pins, and same thing happened. LED was still not on and the fans spun for a split second then lost power. I swapped RAM slots and tried a known good stick of RAM. Still nothing. So I determined the Mobo was bad. So I swapped out the Gigabyte H370m d3h for the current ASUS one. Reconnected everything, and still the same thing. We then tried starting it after disconnecting the CPU power cable, in which it stayed powered on, but no video. So after that, we determined that the CPU was bad then. Returned it, got the same model again. Plugged everything back in and same result. I really don't understand how we replaced all parts needed to POST, and it still will not POST. I did buy a speaker for it and have heard no beeps the entire time. Even used an old PCI POST card that I had. Pls send help.

You should always start with a minimal setup and add an additional component after each successful post. What about your heat sink? Does the mb need a bios update?
D

I'm not sure what version of bios is currently installed but I haven't even been able to get to the bios yet. Even with just CPU and one stick of ram.
D

And the heatsink is the hyper 212 t4. I have tried booting with the fan plugged in and unplugged. 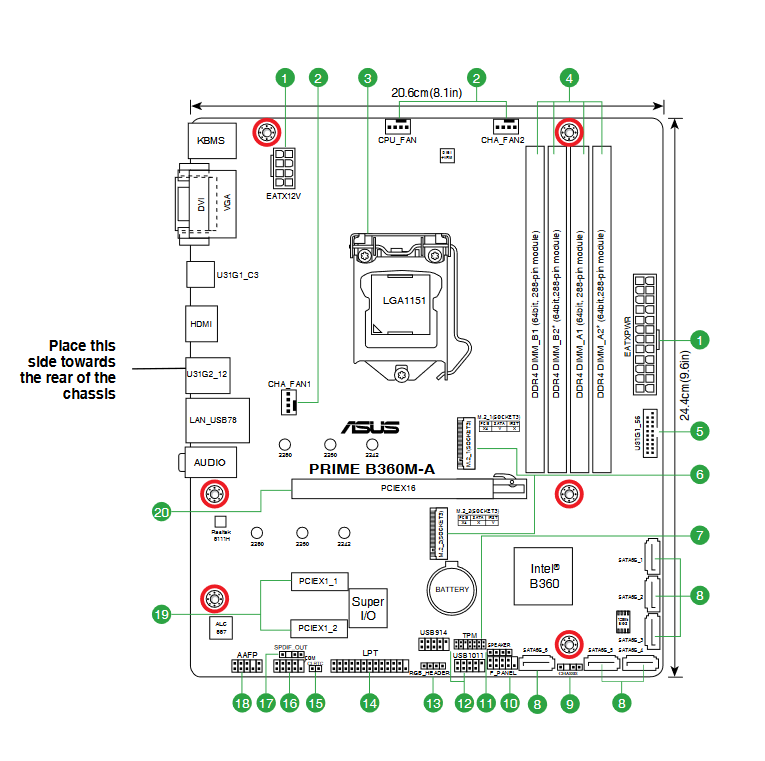 Yes. I checked to make sure they were seated correctly too.

Might help if you bought a Coffee Lake CPU, to go with your 300-series board. Jus' saying.

Edit: To make it plain: You bought incompatible hardware, you need to match the CPU to the motherboard. The fact that Intel now currently has two DIFFERENT, INCOMPATIBLE socket 1151 standards, doesn't help. Worse yet, the alignment pins on the socket are the same between them.

Larry is 100% correct. The B360 motherboards only support the 8th Gen cpu's. So your choices are to either get a new cpu or an older series motherboard.

It really is a shame, that Intel CHOSE not to make the newer mobos backwards compatible.

VirtualLarry said:
It really is a shame, that Intel CHOSE not to make the newer mobos backwards compatible.

Thanks! Yeah I finally figured that out last night. I feel pretty stupid now. Always thought that if the socket was the same it would work. Thanks for the help!
You must log in or register to reply here.
Share:
Facebook Twitter Reddit Tumblr WhatsApp Email Link