Hey guys... we got our own cryptocurrency now!

I created a new cryptocurrency called ATOTcoin, which is based off Ethereum. I felt jealous that Reddit has their own crypto tipping system, so I decided to make my own cryptocurrency to award cool posts made here and on other tech forums.

I'm still debating what the ATOT should stand for... Awesome Trolls Of Tech, perhaps?

I'm not totally sure what this stuff is for yet, but I was hoping that people would collect it and hand it out as a reward for extra cool posts.

We have some savvy cryptocurrency traders here, so who knows... this stuff might even have cash value someday. I doubt it, but then I said the same thing about Dogecoin.

UPDATE: This currency was replaced with Coolcoin. You can learn more about it here:

Can this be the official coin? 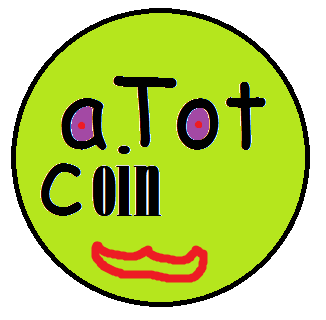 snoopy7548 said:
Can this be the official coin?

Heh. We already have some cool logos.

I made this one: 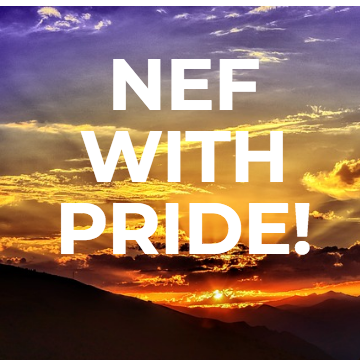 Zeze stole this one:

That is awesome man, but can you PM me some ATOT coin? I want to use them to rent some streamed RAM. I'm running low these days.

zinfamous said:
That is awesome man, but can you PM me some ATOT coin? I want to use them to rent some streamed RAM. I'm running low these days.
Click to expand...

For you, Zin? Sure. You gotta change your logo over to one of our fine ATOTcoin logos for a week, though. Special deal, just for you!

Shouldn't there be tops for the T's? And maybe an O around the whole center section?

Ken g6 said:
Shouldn't there be tops for the T's? And maybe an O around the whole center section?
Click to expand...

I see you and raise you NEFCoin! Cya in 5 days

Kaido said:
I see you and raise you NEFCoin! Cya in 5 days

Nice, they didn't even spell Scrypt correctly. Unless their algorithm actually is some generic script.

Crono said:
Nice, they didn't even spell Scrypt correctly. Unless their algorithm actually is some generic script.
Click to expand...

Hey, I didn't say I wasn't buying it. Gonna repurpose some ASICs to mine it, too. Then all you mother-neffers will have to get NEF from me, future NEF King.
Reactions: Kaido

I would like to buy 1k in atot coin please.

I might have to mine some, but I kinda don't want to stop mining real ethereum. I've been watching GPU prices but they arn't really going down. I kinda want to complete my 8 card rig but not at these prices. I still need to crimp all the wiring harnesses as well.

You can't "mine" Coolcoins or Atotcoin (it's unoffical predecessor), because it's an "ERC20" Ethereum contract coin. They can only be issued by the owner of the Ethereum contract, who's me!

Amusingly, VeChain (The crypto that Zeze currently likes) is the same kind of token. Think about that for a second... the biggest difference between the (basically worthless) Atotcoin and VeChain (currently trading at $5 each) is some clever marketing and a few technology partnership agreements.

I have an pretty strict agreement with the guys who run this forum about who can and cannot get a Coolcoin, but Atotcoin is basically a unused token looking for purpose right now. Hell... I can't even really figure out what the "Atot" in Atotcoin stands for, because it's not allowed to have anything to do with this forum. Some of my favorites that I've heard so far are the "Awesome TOT Coin" or "Awesome Trolls Of Technology Coin" If you have suggestions, go post them in /r/atotcoin on Reddit.

But, hey.... if you really want some Atotcoin for some odd reason, just send me a PM on Reddit and I'll give you a bunch of it. I'm not going to promote it here anymore, since the guys who run this forum decided to go with Coolcoin instead.
Last edited: May 6, 2018

So no matter how cool some of us are, we're still not cool enough for a Coolcoin?
Reactions: Dr. Zaus

Could you explain why someone would want an eth-contract coin?

snoopy7548 said:
So no matter how cool some of us are, we're still not cool enough for a Coolcoin?
Click to expand...

I take recommendations for cool posts, ya know.

so I have to create a Reddit account to get some Coolcoin? No deal!
Reactions: Dr. Zaus

As in, it looks legit to me

Having a reddit account is its own reward and OMG, what am I saying? Skip that, no pseudo-cash is worth it.

Heh... I guess that you could e-mail me instead. I just want to make sure that everyone knows that Atotcoin has nothing to do with this place, so I don't want people PM'ing me here if they want some of it.
You must log in or register to reply here.
Share:
Facebook Twitter Reddit Tumblr WhatsApp Email Link