K1052 said:
Perhaps it is under appreciated that Trump's (relatively) strong messaging discipline in the final weeks/days of 2016 helped put him over the line.

Now he's veering all over the road like he drank a 1/5th of cheap whiskey laced with turpentine.
Click to expand...

But he tweeted it himself.
Reactions: TheVrolok, Caesar and snoopy7548

Is now a good time to bring up that song is absolutely about dudes fucking at the gym?
Reactions: zinfamous and alexruiz
M

K1052 said:
Is now a good time to bring up that song is absolutely about dudes fucking at the gym?
Click to expand...

If they didn't get the irony in using Fortunate Son so much I doubt this one will register.

MomentsofSanity said:
If they didn't get the irony in using Fortunate Son so much I doubt this one will register.
Click to expand...

I think my all time favorite was in the early months of the pandemic they would intro him with Live And Let Die.
Reactions: pmv
R

"
President Trump, offering only a mildly confident view of his prospects, said Tuesday he will declare victory "only when there's victory."

"There’s no reason to play games. I look at it as being a very, a very solid chance of winning here. I don’t know how they rate the chances," Trump said on "Fox & Friends" during a morning phone interview. "I think a lot of that has to do with the tremendous crowd size."
Click to expand...

Calling in 45 minutes late, with his voice sounding scratchy after a late night rally in Michigan, Trump said he planned further phone calls later today to "very loyal" people and a visit to his campaign headquarters.

"It’s been a great run, an incredible three weeks," Trump said of his final campaign sprint. He called his last stretch of campaigning "emotional" knowing it could be his final time as a candidate.
"

How much you wanna bet he still wants to play games?
P

It's either really clever or really dumb. Either they are so dim they don't know what they are doing, or it's a brilliant ploy to defuse satire and kill irony.

Has anyone asked the Village People what they think of it? (Assuming they are still alive - it was a long time ago). Is it at all possible they are actually Trumpers?
P

Alex Briley (AKA the G.I./Sailor)
Alex was hand-picked by Victor as a backup for his live shows. At first, Alex’s character was an athlete and his performance outfit was just jeans and a t-shirt. However, he soon changed over to the known and beloved G.I./Sailor character. Born and raised in Harlem, New York, Alex represented the different branches of the United States Armed Forces and the people that serve in them.
A rather dark and sad fact about Alex is that his late brother Jonathan is thought to be “The Falling Man,” the figure in the iconic photograph from 9/11 that showed a man falling from the World Trade Center during the attacks. 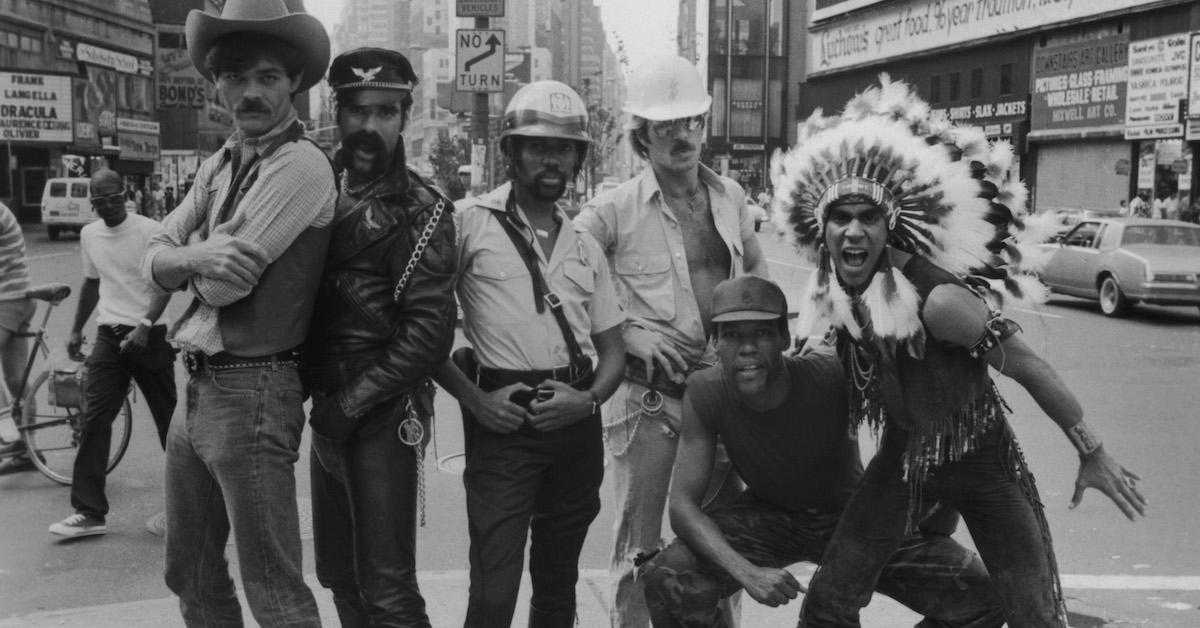 Remember The Village People? Here's Where They Are Today

It’s probably been a while since you last thought of The Village People and their instant classics. Here's where the American disco group is today.

This would be interesting to see unfold

Deutsche Bank AG is looking for ways to end its relationship with President Donald Trump after the U.S. elections, as it tires of the negative publicity stemming from the ties, according to three senior bank officials with direct knowledge of the matter.

But if dear orange leader made America great again, what's left to do?
M

eelw said:
But if dear orange leader made America great again, what's left to do?
Click to expand...

Well, to MAGA, you first have to make it not great. He's done a good job of that in his first term. His second term will be the real MAGA! He means it this time!

JujuFish said:
I'm one of those assholes that has never voted for a president, but that is going to change today.

Demonstrating the one and only thing Trump has accomplished in 4 years.

He has shown how important it is to FUCKING VOTE!
Reactions: snoopy7548, cytg111 and soundforbjt
M

Might as well get in good with the upper management while you can.
Reactions: hal2kilo, soundforbjt and cytg111

Ace in the hole

He's also had the DoJ send goons to 18 states including PA.
Reactions: cytg111

portrait of machismo does nothing but whine

Haha, tweeting at 2a.m. Dude probably hasn't slept in days and is subsiding on buckets of KFC and diet coke.

Wreckem said:
Trump isn’t going to concede. Reports are they are planning rallies after Election Day to whip up a frenzy about election results.
Click to expand...

Oh sure.... The GOING OUT OF BUSINESS SALE, rally. EVERYTHING MUST GO by January 20. Lookie here, we have an entire set of Whitehouse silverware stamped with the seal of the president. What will you give me for the set? $50? SOLD! And here we have this beautiful mahogany desk with a built-in tape recording system. $100 anyone? Anyone? $50? Ok it's yours. And how about this full sized painting of Barack Obama. Includes the gold frame. Wha cha give me for this? $5? ...SOLD! Don't go away people, we have presidential carpet, all kinds of tables and chairs and including a bed that president Lincoln supposedly slept in. Comes with the sheets. Price reduced. Hey, anyone need a big blue jet?
Reactions: alexruiz and Caesar

snoopy7548 said:
Haha, tweeting at 2a.m. Dude probably hasn't slept in days and is subsiding on buckets of KFC and diet coke.
Click to expand...

What no Whoppers and Big Macs?