Jhhnn said:
I wonder if the OP will ever return to this thread...
Click to expand...

If you're wondering whether he'll ever admit he's wrong, that probably a "No" based on other threads.

https://twitter.com/i/web/status/1291873239053082624
Western media trying to push the narrative yet again....saying that the blockades are making the COVID-19 outbreak there worse, since the road blocks are "stopping medical supplies"

KMFJD said:
https://twitter.com/i/web/status/1291873239053082624
Western media trying to push the narrative yet again....saying that the blockades are making the COVID-19 outbreak there worse, since the road blocks are "stopping medical supplies"
Click to expand...

Of course. Meanwhile, democracy is no longer anywhere to be found...
Reactions: KMFJD

Wouldn't be surprised to see the Coup Leaders fleeing soon.

are they chained to both doors, keeping them closed, or just one? 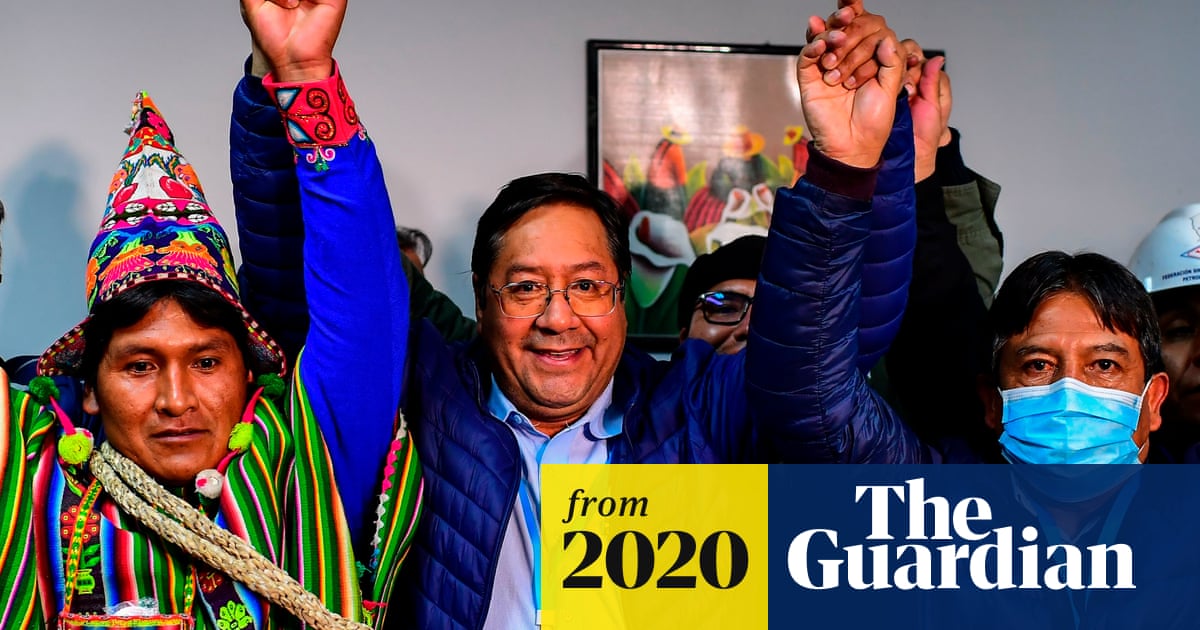 they could have had president camacho!?!?!
D

Really dropped the ball on that one.

[DHT]Osiris said:
Really dropped the ball on that one.
Click to expand...

Not so sure, a dude wearing a mining helmet would be pretty epic
Reactions: zzyzxroad

Fanatical Meat said:
Not so sure, a dude wearing a mining helmet would be pretty epic
Click to expand...

He even debates with that hat on.

zzyzxroad said:
He even debates with that hat on.

So the takeaway from this thread is AOC was right in 2019 and the OP is a coward who can't admit she was right and he was wrong?

Amused said:
So the takeaway from this thread is AOC was right in 2019 and the OP is a coward who can't admit she was right and he was wrong?

Camacho has been busy, Anez appears to be joining him

- Finally, the Central Bank of Bolivia will carry out the corresponding administrative, civil and criminal actions against all servants and former public servants responsible for participation in the process of negotiation, subscription and operation of financing with the IMF."

They didn't like that $347 million worth of freedom shoved up their asses? Time for the moral equivalent of our founding fathers to pop up out of nowhere ( School of the Americas Western Hemisphere Institute for Security Cooperation) to help them eat their freedom through a protracted terror campaign.

Due to my ignore list, I normally wouldn't see this thread but for those who might be curious about some history, you might fight this old New Yorker interesting

But the main push is in the Global South, where, over the past twenty years, the World Bank and the International Monetary Fund have effectively taken control of the economies of scores of nations that are heavily in debt. The Bank and the I.M.F. have been requiring these countries to accept “structural adjustment,” which includes opening markets to foreign firms and privatizing state enterprises, including utilities. The Bank once had a quite different approach to public works: it was an enthusiastic financier of monumental projects, and would typically lend the money to build large dams. Many of the dams were spectacular failures, delivering few, if any, benefits (except to politicians and construction firms) while displacing millions of people and leaving behind environmental destruction and public debts. The Bank is now getting out of the dam business and into water privatization. It often works closely with the conglomerates, helping them to acquire the water assets of debtor nations.
The idea behind privatization is to bring market discipline and efficiency to bear on a crucial and frequently corrupt sector. Supporters argue that only private capital—which means, in practice, multinational corporations—can afford to expand water and sanitation networks sufficiently to reach the underserved poor. Since corporations are in business to make money, they often increase water rates. But, in theory, higher water rates can also help to promote conservation. Indeed, privatization advocates say, any valuable commodity—and this includes health care and education—that is provided free eventually gets taken for granted and wasted. According to this argument, turning water into a tradable commodity may even be the only practical way to avoid worldwide shortages and environmental disasters. Public subsidies for essential services such as water may sound like humane policy, but in the real world subsidies benefit the powerful, because they have the resources to manipulate them.
Click to expand...

The world is running out of fresh water, and the fight to control it has begun.

As the U.S. is holder of 16% of the IMF's votes, I look forward to the Biden administration's investigation of how and why the IMF chose to fund the junta's request for a loan. Providing banking services to criminal organizations is generally considered illegal. Who voted to approve this loan at the IMF and when will they be prosecuted?
Reactions: sandorski
You must log in or register to reply here.
Share:
Facebook Twitter Reddit Tumblr WhatsApp Email Link