Question Time to ditch the EdgeRouterX. Need a router with better parental control. Any suggestions?

So after many, many long years of great service it's time to put the Ubiquiti gear away and find something with better built in parental controls. I am looking for something to replace my aging but still respectable EdgeRouterX and my two UAP-AC-LRs.

What I hoping to find but am having no luck is a router and APs with built in time management control. So for example if I want to disable a LAN port on the router from time A(12AM) to time B(8AM)I can do that in the router settings. Also restricting wireless access for certain times during the night on certain devices would be helpful to. For example MAC address 78:61:7c:a8:9d:17 on IP 192.168.1.XXX can be disabled from time A to time B. I'm not the most tech savvy when it comes to networking so going into the CLI on the Ubiquiti gear and configuring these tasks is not an option for me.

So does anyone have some suggestions for a router and AP combination that can do these time management task or I'd even be willing to install and pay for a third party software that can do this even if it's subscription based. I'm just looking for some honest and helpful suggestions.
0
T

Well, there should be plenty of options. I just hooked up T-Mobile Home Internet and there's even a setting option like what you're looking for in that device. Most cheap consumer junk routers will do this time slot thing.

I would keep the ERX and add a PI to the mix and find an app to control things vs getting a POS consumer router. There might be a WRT to be applied that adds the functionality you're looking for.
0

I understand that the "most cheap consumer junk routers" offer that function but that's not what I'm asking for. I'm asking for a middle to higher end consumer grade option that doesn't require a PI or WRT....whatever that is. I'm looking for something more user friendly than what Ubiquiti can currently offer.

Again like I said in my OP "I'm not the most tech savvy when it comes to networking so going into the CLI on the Ubiquiti gear and configuring these tasks is not an option for me." so delving into PIs and WRT is not an option I'm willing to explore at this point.
0
T

WRT is just the OS that runs on the device. ERX has a WRT OS option available for install. This might save you the expense of getting a new router to accomplish the scheduling thing.

If you click and go look you might be impressed with what your existing ERX can do.

Techdata: Ubiquiti EdgeRouter X (ER-X) Usage ~~hideseceditbutton~~ * IMPORTANT : Edit this page only via the LEFT edit button below the dataentry box * After editing, please enter a short summary of your edit: * Which field has been changed? (e.g.

Router with preloaded with FreshTomato firmware (https://freshtomato.org/) on the cheap?

Discussion on Tomato Firmware Project and any router that is support by it.
www.linksysinfo.org 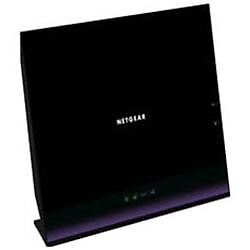 Find many great new & used options and get the best deals for Netgear R6250-100NAS 1300 Mbps Router at the best online prices at eBay! Free shipping for many products!
www.ebay.com

Well, someone on reddit said you can do it with EdgeRouterX

Another reason why I use pfsense for my edge network routing. Between Pfblocker-NG+DNSBL for blocking questionable websites, ads, spyware distributers, prevent malware/viruses/trojans/reverse shells from calling back to command and control nodes/home for updates, porn, and setting up a quick firewall rule on a schedule white-listing my devices based on MAC address to allow routing to/from the internet (so that someone couldn't just say, buy a cheap tablet, or a USB wifi, connect it to the wifi and all of a sudden by-passes the rules/parental controls, since it would need to get white-listed before accessing the internet). It is simple to have just a couple firewall rules that use device lists in pfsense (and there are plenty of tutorials and guides out there to tell you how to do it).

It is very easy to setup firewall rules in an implicit deny configuration. Essentially there is a rule for the PfblockerNG (setup as you setup that service) which explicitly denies reaching certain sites/IP addresses/ports/protocols as per PfblockerNG settings and rules, another rule that says allow these devices to always reach the internet, another that has is on a timer for allowing access between certain time frames, followed by a deny everything else. You use device aliases in the rules, so that all you need to do is modify the list of devices in the device alias (so the rule basically has a "$devalias-name" for the source device/host).
Last edited: Jun 14, 2022
0
J

Maybe something from GL.iNet. They use a form of OpenWRT, and most of their products have quite a few very nice features built in. (even AdGuard Home)
0

I ended up purchasing a Netgear Orbi Pro with two satellites. It should be here in a couple of days.
0

Synology routers offer a lot of control parental controls. Not only the time windows devices can connect to the internet, but also a quota for number of hours a device can be connected. Safe Access filtering to block types of sites, on a per-device basis, and it will also block ads.

Additionally, they support VPNs, have a Threat Prevention add-on.

I've had their RT2600ac since it was released, it is rock solid. Also, can be paired with their MR2200 to provide mesh wireless throughout your house, either wireless or Ethernet backhaul. They have also just released the RT6600ax router. Probably by July there will be a common SRM (Synology Router Manger) across all 3 which will provide multiple VLANs.
Reactions: bbhaag
You must log in or register to reply here.
Share:
Facebook Twitter Reddit Tumblr WhatsApp Email Link