bbhaag said:
Do you have any evidence besides the picture you posted proving the door cost 17,000.00 dollars. Can you prove the statements in that picture are not false? Can you provide any evidence that anything you've posted so far is true? You have accused CIG of creating a grey market to increase ship sales, fake demos, PTU 3.0 of being fake, fostering non original content, and spending over $17,000 on a door. Do you have any evidence to back up any of your claims?
Click to expand...

Oh mulder...You want too believe so bad don't you. You want to believe your cause is so just that your willing too look past any rationale to get there. The problem is you don't have any real evidence beyond your own personal convictions.
H

I don't know what this thread is about but I doubt it is about PC Gaming...
Reactions: huskystafford
A

Harabec said:
I don't know what this thread is about but I doubt it is about PC Gaming...
Click to expand...

huskystafford said:
It's about how that 17,000 dollars could be enough for 5 years for stock account, so CIG wouldn't need to steal photos and other artwork( if that is true.)
Click to expand...

It's about how people can't tell the difference between stealing, and making a photobashed image that's clearly meant as a homage to classic FPS games. The entire image is a homage to DOOM and Halo (Star marine also references EA, Origin systems and ID software, the whole thing is one big tip of the hat). The fact that they also put the MA5D in the image (which curiously wasn't highlighted in JStorm's image) makes it blatantly obvious that they are doing this intentionally and are not trying to pull a fast one, they might as well have put the Halo logo in there, it's that obvious.

CIG is constantly doing homages and satires like this, but hey let's just pretend that they are doing something illegal instead, since that fits the narrative better.
Last edited: Dec 23, 2016

SLU Aequitas said:
This I would actually be interested in. I know that CIG has full source access to Cryengine and have made huge changes to significant portions of the code, but I would guess it'd come down to the contract ultimately.
Click to expand...

This was addressed in one of the 10ftC (I think). They have full license to the code. They've made massive changes and rewritten much of it. Internally called StarEngine, they can license it. They currently have no plans to do so, but will consider it down the road.

That's all I can remember.
A

huskystafford said:
I didn't talk about that image. I was talking about Sandi or whatever she is image....
Click to expand...

What about that image? yes it's another photobash and so what?
A

Yes of course photobashing is legal, is that a serious question?

The question I assume that you're trying to ask is if using copyrighted images as part of your photobash is legal, and the answer to that is yes, as long as you have the proper license.
A

huskystafford said:
So why they don't have proper license?
Click to expand...

Who are "they", and how do you know they don't have a proper license?
A

huskystafford said:
CIG.
quote:
Certainly, using the head of marketing (someone who is also an actress and model) in your picture isn't theft. But stealing and painting over a stock image is!

When it was noticed, the assumption was that the image had been licensed, until the images were compared and it became apparent that the artist, Jim Martin, couldn't even be bothered to properly remove the watermark - (something that wouldn't be there if they had paid the ~$2 it costs to access the image). http://i.imgur.com/CONDXcX.gif http://i.imgur.com/DPnI3RA.gif

How do you know they... CIG got a license?
Click to expand...

CIG didn't make the image, so they don't need the license. Jim Martin (a freelance artist) made it so he's the one who would need it.

So again how do you know Jim Martin doesn't have a license?

Either way, worst case scenario, we have a freelance artist not paying for a license, which has nothing to do with CIG.
A

huskystafford said:
And next question, cause I expect u just know they got license. How come they got watermark on a picture which they paid stock company to use it?
Click to expand...

I don't know, but if it means that much to you, why don't you just ask him, here's his email: martini27@earthlink.net


huskystafford said:
Jim Martin or Cig is responsible if picture would be stolen?

Generally speaking, when it comes to commissioned work like this, it is the responsibility of the artist (Jim Martin) to make sure that he has the proper licenses in place, not the client (CIG)

Theoretically (if a license wasn't obtained) it is possible that 123RF could sue both Jim Martin and CIG, but CIG could then turn around and sue Jim Martin as well.

^ Its true, Husky is a nice person. They gave me my avatar and wall sign design.
Reactions: huskystafford

Yep. Playable. In game. (AKA Smoke and mirrors, AMIRITE?).

Versus we should be listening to the guy who cant even make this "seamless" (LOL) thing work and he's been working on it for 7+ years? 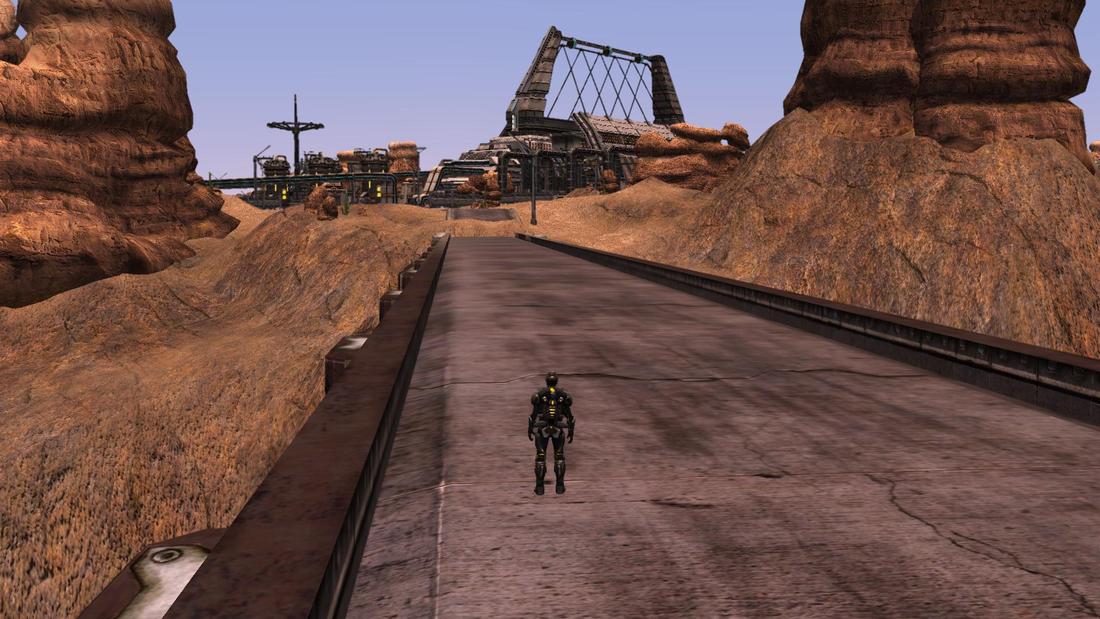 Oh, and he's going to try and switch engines again. I'm sure skipper will get us there eventually.

Projection, thy name is Derek Smart.

huskystafford said:
You just remembered me to ask you one question. I always forget this, but i was wondering a lot of times... How long in time in Star Citizen from one side of the map?(is it a map there? -.- ) to the other side? With medium fast ship.
Click to expand...

huskystafford said:
I have elite dangerous so I was always wondering how big is star citizen. I don't play it though...Thank you for answer.
Click to expand...

To put it in context, full systems will take up to 40 minutes or so of quantum travel to go fully from one side to the other. Normal propulsion would take weeks, but you could if you desire. It's all fully fleshed out without having to spin up instances for local space.

The plan is to fill a lot of the space with content so each system has dozens of hours of things to do.

huskystafford said:
Is this the final size of the game? Of space?
Click to expand...

No. That's one incomplete system. The plan is (or was?) to have 100 different systems in the game at launch.

huskystafford said:
Is this the final size of the game? Of space?
Click to expand...

As rivet mentioned, that would be one of 100 systems. Right now they've been working on tech to assist the artists and designers generate their content more quickly. They have also shown us bits and pieces of how the game will generate mission and story chains that follow along logically from lego-like set pieces and objectives.

They've proven they have 64-bit positioning working. As they finish ironing out these major underlying technologies we should see much more content come online pretty quickly. That's why that pie chart shown earlier selectively picks facts to fit a particular viewpoint. It also over states how long they've had dedicated teams. They didn't even really get started until early spring 2013 and even then it was a pretty small team. They only reached their current size about 18 months ago.

On top of that, Star Citizen isn't the only game they're working on since SQ42 is being produced. They don't show us much from that to keep the single player story under wraps. What we have seen came from the great leak of early 2015 where we saw hundreds of assets not previously known about. And that was over 18 months ago.

huskystafford said:
I have elite dangerous so I was always wondering how big is star citizen. I don't play it though...Thank you for answer.
Click to expand...

Yeah, no where close to the size of Elite Dangerous systems right now, but average systems should take 30-40 minutes to traverse. The current patch only has a small portion of the space in the Stanton system; the full size system will be online with 3.0.

To expand....the 100 systems at launch include:

bbhaag said:
Oh mulder...You want too believe so bad don't you. You want to believe your cause is so just that your willing too look past any rationale to get there. The problem is you don't have any real evidence beyond your own personal convictions.
Click to expand...

huskystafford said:
Thanks guys for answers. I couldn't imagine how big is star citizen now and how big should it be when game is finished. I can imagine better now.
Click to expand...

Here's a direct map to the current lore universe.

Couple of other things from interviews/features:
- Systems are NOT to scale. They'll be big, but not astronomically accurate.
- Likewise, planets will be scaled down. They're still ridiculously large, but not 1:1
- With regards to free roaming city planets, the current answer is that they do NOT plan to allow that. This is primarily due to content (how many times until you've seen the same shop enough that it detracts from the experience) rather than a system/engine restriction.

The scale of what they're doing is beyond any game I'm aware of, and they've been heavily focused on the R&D and engine implementations. With 2.6 and 3.0, we're starting to see a shift to content generation, which should be much faster due to their focus on tools (refer to the editor tools stream with Sean Tracey for the speed at which they can generate biomes/detailed areas).

As I've said before, 4.0 (first implementation of jump points and multiple systems) would be the next milestone as to where game systems are all implemented (not final) and we're at a beta phase focused on system refinement and content generation.

It's also why the original timeline is not realistic (scope) and why I don't think we'll see Star Citizen in a release ready form any time before 2019.

For those who wanted just the SQ42 experience, that wait should be shorter, but I still feel you. I'm not aware of any upcoming single player space games to satisfy that itch.

huskystafford said:
It doesn't mean anything to me. I am just being nice to you. I was under impression you need someone to talk with.
Click to expand...

Well thanks I guess, although given that you initially replied to me and not the other way around and given the number of pairs you've made in this thread, I'm not sure I'm the one in need of someone to talk with .

You should follow the good example set by JStorm, where you provide actual evidence for your arguments, instead of relying on thruthiness like some no good cultist regurgitating the word of his prophet. Oh wait...

We will have real evidence in 1 to 3 years. Until then we are all speculating. However I'm taking into account past performance and I feel like citizens arent doing that.

Anyways this thread is hot right now but it will die down until more new information comes. You guys get to choose if you accept that information as real or not. At least we have a thread now to discuss that new information.


But I did post real evidence about the lies regarding a space door and stealing of stock art but those were both shot down by the believers. Its ok. Thats their right. But its going to take a lot for these people to see a problem. In the end I think they wont even blame cig for the failure. They will blame goons and ds for the problems.
You must log in or register to reply here.
Share:
Facebook Twitter Reddit Tumblr WhatsApp Email Link