I use ESDF + inverted mouse where possible. My pinky gets easy access to QAZ which are useful keys to have bindings for, and inverted feels natural to mimic real head movement.

I don’t really use any other control schemes.

WASD, non-inverted Mouse, and occasional use of controllers (I have 3 total).

I use a 6 buttons layout MadCatz controller (6 buttons Genesis style) for Fighting games, and a third party Wii U Pro controller (identical replica of an original one) for occasional games where it's preferable to use a controller, like some older 3rd person console ports, or the very rare racing games I do play. But outside of those exceptions it's typical Mouse + WASD.

I have used the directional arrows before for some online FPS games, it worked out well enough for movement. Instead of WASD that is. So I had some keys on my left like R-Crtl, R-Shit, Enter, Backspace, some at the top like the usual Insert/Home/PageUp/Delete/End/PageDown, and some to the right on the number pad portion. I used that setup for online games (mostly, although not exclusively) with a lot of prefixed voice-based and/or text-based commands for communication with my teammates. I would customize the controls to assign many of those keys I had left, up and right to specific commands or voice lines. I used the directional arrows setup all the way back when I played the first Natural Selection, for example.

And my use of the directional keys stems from my first foray into PC FPS gaming, from much older days when I played the likes of the original Quake, Duke Nukem 3D (I think, not sure about that one) and Unreal. Maybe Doom as well, although not sure which one (most likely not Shareware / Ultimate Doom, I'm 99% sure it was Mouse-only back then). When it comes to PC gaming the directional keys (with the Mouse of course) is a setup I kept all the way from the first pre-built PC I got to the release of the Orange Box and TF2 (with my first custom-built PC), which from what I can remember is about when I started to use WASD. I still remember today how back when I was mostly a console gamer and had just bought my first gaming-capable PC, how the concept of using 'keys to type sentences' would be used to move characters in a video game was incompatible with my brain. I just couldn't fathom how people could play a game with a keyboard, much less somehow using any of the lettered keys which - to me - existed for the sole purpose of typing text.

So yeah, eventually I got curious enough I guess. I can't recall exactly what was the process or the trigger that initiated the change of mind but I do recall getting a new keyboard around the time I had bought the Orange Box (and I remember it was a Logitech one) and talking about how 'weird' it was to figure out how to play this game on the Keyboard outside of the directional arrows (referring to TF2) on the mic to others in the team. I think that perhaps one reason for me (for going WASD) was the physical layout of keys and maybe the width of the keyboard. It might have been something as simple as me realizing 'Hey wait a second... this is comfortable, and it works!'. I never looked back since, always stayed WASD.

to be clear, inverted mouse is like a PS stick, pull down - nose goes up, like an airplane. non-inverted is your standard FPS mouselook, drag down to look down.
W

Rocking the arrow keys here. Just seems way more natural for me and I have access to more key options, although it does make me evaluate my keyboards for the key layout a little more closely that other people might have to.

As far as inverted or not inverted it really just depends on the style of game I'm playing.

WADS, although I may give ESFD a shot for the extra pinky maneuverability.

For any and all platformers or Third Person Hack n' Slash type games I default to an Xbox controller. Those games were made for controllers and I find that I can often only enjoy them with a controller.

Arrow keys and surrounding ones (end,delete, pg down,ctrl, Rshift,enter). I appreciate the blank space around the arrow keys so I dont end up accidentally pushing a button!
Reactions: sandorski

What about the 8456 and mouse in the left hand good sir.

Actually, I wish could use a mouse left handed, the 8456 scheme is far superior to WASD.

I keep meaning to find a control system that works better than the keyboard for Kerbal Space Program.
Nothing really seems all that great.

standard mouse and wasd here, sometimes controller if the pc is hooked up to the 4k tv and i am playing GTA V. I prefer the response of my 24'' 1080p monitor for fps games but for casual stuff like car games the controller and tv so much more fun.

Standard mouse, wasd, or Xbox 1 controller for me.

^same... though I'm weird and invert Y-axis
A

Makes no sense why I cant pick my controls for keyboard, and mouse.

Ackmed said:
Makes no sense why I cant pick my controls for keyboard, and mouse.
Click to expand...

Huh? You can tick all ten poll options if you want.
L

I always use my dance mat for Wolfenstein 3-D.

loki1944 said:
I always use my dance mat for Wolfenstein 3-D.
Click to expand...

I never got the option for the inverted mouse. Why?

non-Inverted, except for Flight. Flight just doesn't feel right unless it is Inverted.
Reactions: loki1944

Mai72 said:
I never got the option for the inverted mouse. Why?
Click to expand...

Srsly? Put your hand at the back of your head and push forward, keeping your eyeballs still.

Where does your sight go, hmmm? Down. Like an inverted mouse.

Now put your hand on your forehead and push back. Oh hey, now you're looking up. Like an inverted mouse.
Last edited: May 4, 2020
O

BFG10K said:
Srsly? Put your hand at the back of your head and push forward, keeping your eyeballs still.

Why would my hand ever be on the back of my own head?

In most FPS games, where you need to quickly lock onto a target, you're more often looking up (for mid-air shots, or other air-based targets). I wonder if pushing the mouse forward has better or worse muscle-memory control for such maneuvers vs pulling back.

It just seems like pushing the cursor/crosshair/reticle towards where you want it to go, compared to the opposite, makes much more sense. There's probably no reason for you to try to retrain yourself now though. That reminds me of my attempts to retrain myself to use WASD over ESDF. Some games have keybindings, particularly in certain UI elements of the game (the map in Skyrim for example), where you can't rebind them, and using ESDF can be a problem. I've tried retraining myself, but I hate having to switch my left hand position when I want to type something, and I also like having the feel of the ridge on the F key so I can know where I am (with my index finger) without needing to look at the keyboard. Oh well, that's what I get for taking two years of typing/word processing in high school and getting so comfortable with the home row keys.

OCNewbie said:
Why would my hand ever be on the back of my own head?
Click to expand...

It wouldn't. But your hand is on your mouse and when you push it those directions, your vision moves the same way as inverted look. That's the point.

It's everyone's personal preference of course, but it's hilarious seeing people say "I can't possibly understand why anyone would use inverted", while they move their own head forward to look down at their smart phone.
Last edited: May 5, 2020

Started out with a trackball way back in the day and used that until maybe 1998 or thereabouts. lol man I can't imagine using one now for FPS games but believe it or not I was decent with it. I bet my 14 year old self would kick my ass using one if I used a mouse now. (fml) Like one of these: 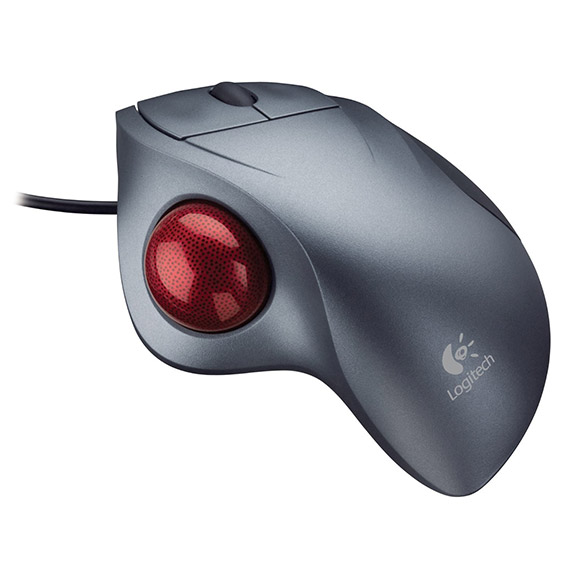 At that time and for a little after switching from the trackball to a mouse, rather than WASD my brother and I used SDF for strafe left/right/back and right mouse button for forward. Not sure where that setup came from but I wanna say my brother introduced it, maybe from clan members he had at the time? Dunno.

But I think it was around the time of switching to a mouse or shortly after that I adopted the standard WASD keys so I wouldn't have to rebind keys in games so much. I still would rebind other keys but for the past few years I've mostly just stuck with whatever the scheme is cause that's a pain. However I'll usually rebind stuff like crouch/prone/grenade to keep them the same in every game so I don't have to think about it. Like it really matters I'm total shit at games now anyway. I think it's just I don't get the playtime as I used to; I found a reaction time test from a thread here like 15 years ago and my reaction time now was the same or slightly better, amazingly enough.
Z

Tribes 2 introduced me to ESDF and I never looked back.

Having an extra column of buttons can be a huge advantage.

I prefer inverted mouse for anything that flies, but otherwise use standard mouse.

BFG10K said:
It wouldn't. But your hand is on your mouse and when you push it those directions, your vision moves the same way as inverted look. That's the point.

It's everyone's personal preference of course, but it's hilarious seeing people say "I can't possibly understand why anyone would use inverted", while they move their own head forward to look down at their smart phone.
Click to expand...

Srsly? Put your hand on the top of your head and push down, keeping your eyeballs still.

Where does your sight go, hmmm? Down. Like a normal mouse.

Now put your hand on your chin and push up. Oh hey, now you're looking up. Like a normal mouse.

JujuFish said:
Srsly? Put your hand on the top of your head and push down, keeping your eyeballs still.

Actually it doesn't move anywhere. You're thinking of Doom Eternal where you can crush a head into a neck/spine.

Now put your hand on your chin and push up. Oh hey, now you're looking up. Like a normal mouse.
Click to expand...

So let's try this another way: put your forehead against a wall. Now moving nothing but your head, try to look down.

Doesn't work, does it. Hmmm? Let me show you why it doesn't work.

I mean you can see right there in the picture, when he moves his head forward, his eyes/vision move down. This is elementary biology.

Maybe you should let everyone in the aviation industry know that after 100+ years of powered flight, they've been holding it wrong all this time. Heh.
O