Someone should tell her to go back to Lebanon.
Reactions: ch33zw1z

needs to lean more forward and add a much larger gut

They either hired a new company to make their ads, or their old company gets smarter every day.

But fuck, this shit is better than SNL or the Daily Show.
Reactions: skooma, Motostu, KMFJD and 1 other person

that's one of the primary insurrectionists that needs to be GITMO'd.
Reactions: skooma and jman19

Only once in his entire life did Jesus ever strike anyone.

You remember where that was?

shortylickens said:
Only once in his entire life did Jesus ever strike anyone.

Sermon on the mount, right after he mocked the poors for lacking sandal straps.
Reactions: ElFenix, jman19, soundforbjt and 3 others

Just to update this:


I wonder which system any sane, critical thinking person would consider a complete failure?
Reactions: KMFJD

ivwshane said:
Just to update this:


I wonder which system any sane, critical thinking person would consider a complete failure?
Click to expand...

'Muricans: Those countries are just lying, U-S-A U-S-A. Please excuse us while we fudge some numbers as well.
T

ivwshane said:
Just to update this:


I wonder which system any sane, critical thinking person would consider a complete failure?
Click to expand...

Depends on who you ask. In Trumpieland where sane critical thinking is seen as a disease being spread by the fake media and our universities, everything smells like roses, working class paychecks are bulging from the tax cuts Trump gave to the very wealthy, there's no pandemic because Trump said so and the aroma of propagandized prosperity fills their air, every bad thing caused by Trump's catastrophic handling of the pandemic in the real world is fake news meant to make him look bad as seen from the fake world they choose to live in.
Reactions: hal2kilo 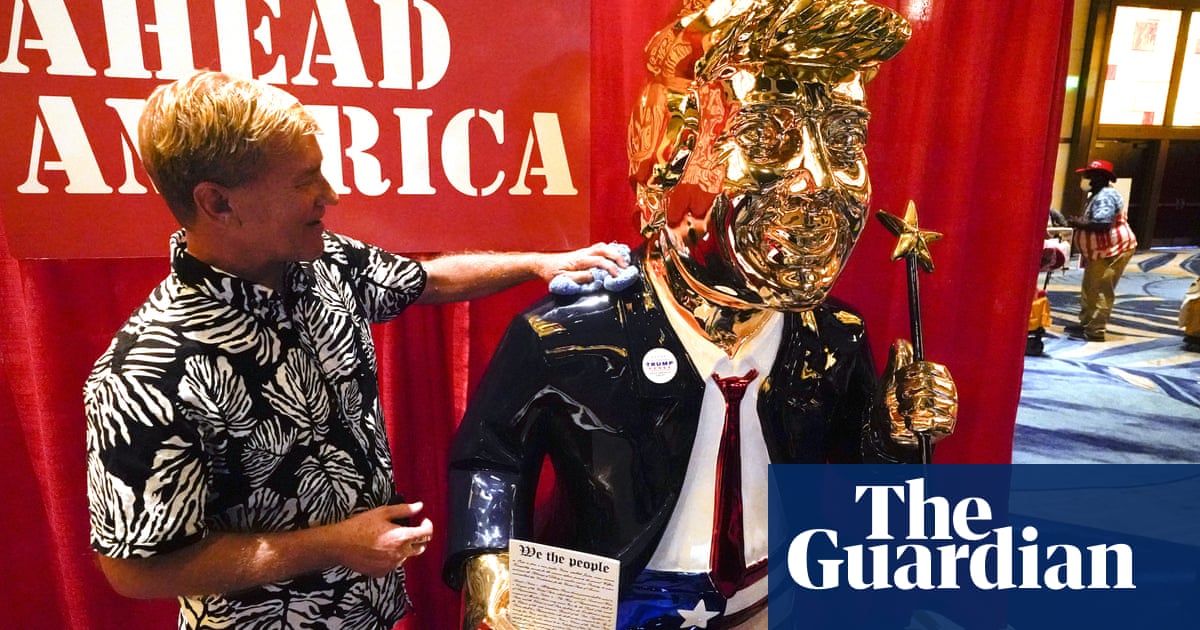 Golden Trump statue turning heads at CPAC was made in … Mexico


A golden statue of Donald Trump that has caused a stir at the annual US gathering of conservatives was made in Mexico – a country the former president frequently demonized. 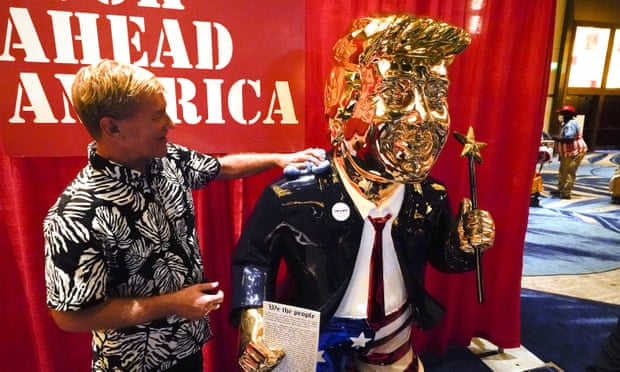 The statue is larger than life, with a golden head and Trump’s trademark suit jacket with white shirt and red tie. Video and pictures of the tribute being wheeled through the halls of the Conservative Political Action Conference (CPAC) in Orlando, Florida, went viral on Friday.
The conference is seen as a vital gathering of the Republican right, and this year has become a symbol of Trump’s continued grip on the party, despite being cast out of office after two impeachments, seemingly endless parades of scandals and a botched response to the coronavirus pandemic that has cost half a million lives in the US.
Now the artist behind the huge statue of Trump – Tommy Zegan – has revealed that the object was made in Mexico; a country that has been the target of much Trump racist abuse over his political career, and somewhere he has literally sought to build a wall against.
“It was made in Mexico,” Zegan told Politico’s Playbook newsletter. Zegan, who lives in Mexico on a permanent resident visa, described the transport of the monument to CPAC in full to Playbook.
Politico reported: “Zegan spent over six months crafting the 200lb fiberglass statue with the help of three men in Rosarito. He transported it to Tampa, Florida, where it was painted in chrome, then hauled it from there to CPAC.”
Click to expand... 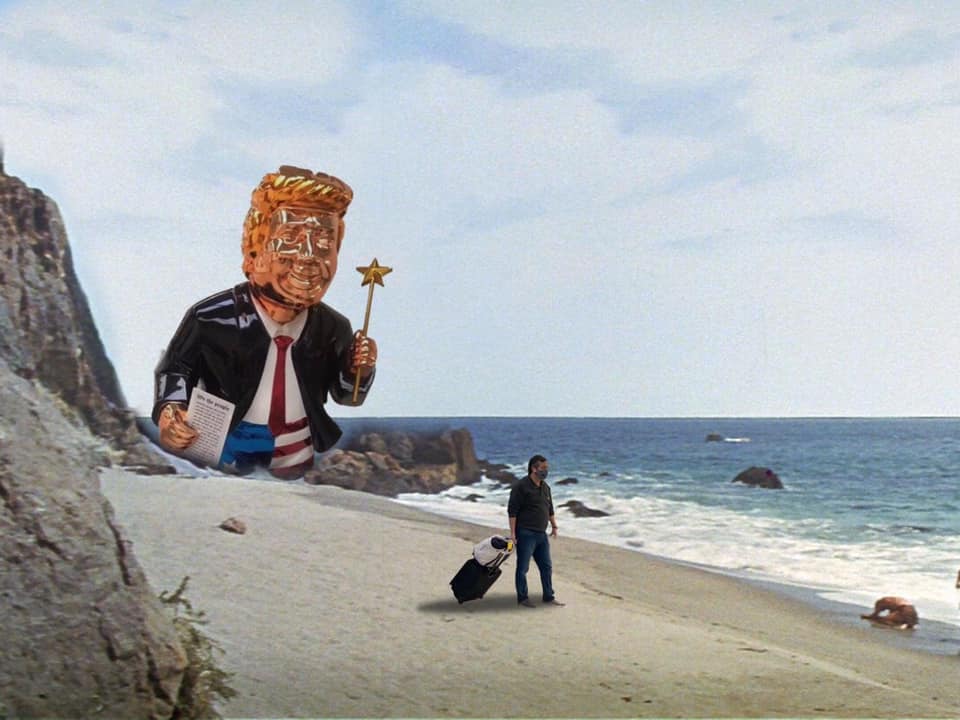 Reactions: pmv, ElFenix, jman19 and 8 others

This is so cringy bad even Kaepernick got up off his knee and walked out.
She misses every single freakin note and switches key at whim.
Or maybe she's singing in the key of Q?
ALL KEYS MATTER!!!
It's official, Republicans are tone deaf.