How to confirm buying motherboard with old chipset will have updated BIOS to support new processors?

I am interested in ASRock DeskMini 110 (Newegg listing) with following CPU support. I want to use a Kaby Lake processor, and I do not have any Skylake ones. How can I confirm motherboard comes with updated BIOS?

You can't be _sure_ until you try to boot the thing.

Although since Newegg is putting "Supports i7-7700K" in the product description, it's safe to assume they at least think they've got a stock of ones with updated BIOSes. I'd call Newegg and ask what the deal is.
Reactions: Bouowmx

I bought one earlier in the month, from Newegg on ebay, and when I received it, it came with BIOS P1.50, which, when I tried to internet update it, said that I had the newest.

I believe that according to ASRock's web site, P1.50 is supposed to support KBL CPUs.

So I think you have a very good chance of it working OOTB with a new unit, for you.

Edit: I received my Kaby Lake G4600 Pentium dual-core with HT a day or two ago, and I installed it into my newer DeskMini unit that shipped with P1.50 installed. No problems, Win10 booted right up, and (I guess?) installed a video driver for the HD630.

"Supports i7-7700K" was a good indicator. I contacted Newegg via phone and the representative gave me an OK on Core generation 7 support.

Motherboard worked with Core i7-7700 out-of-the-box: 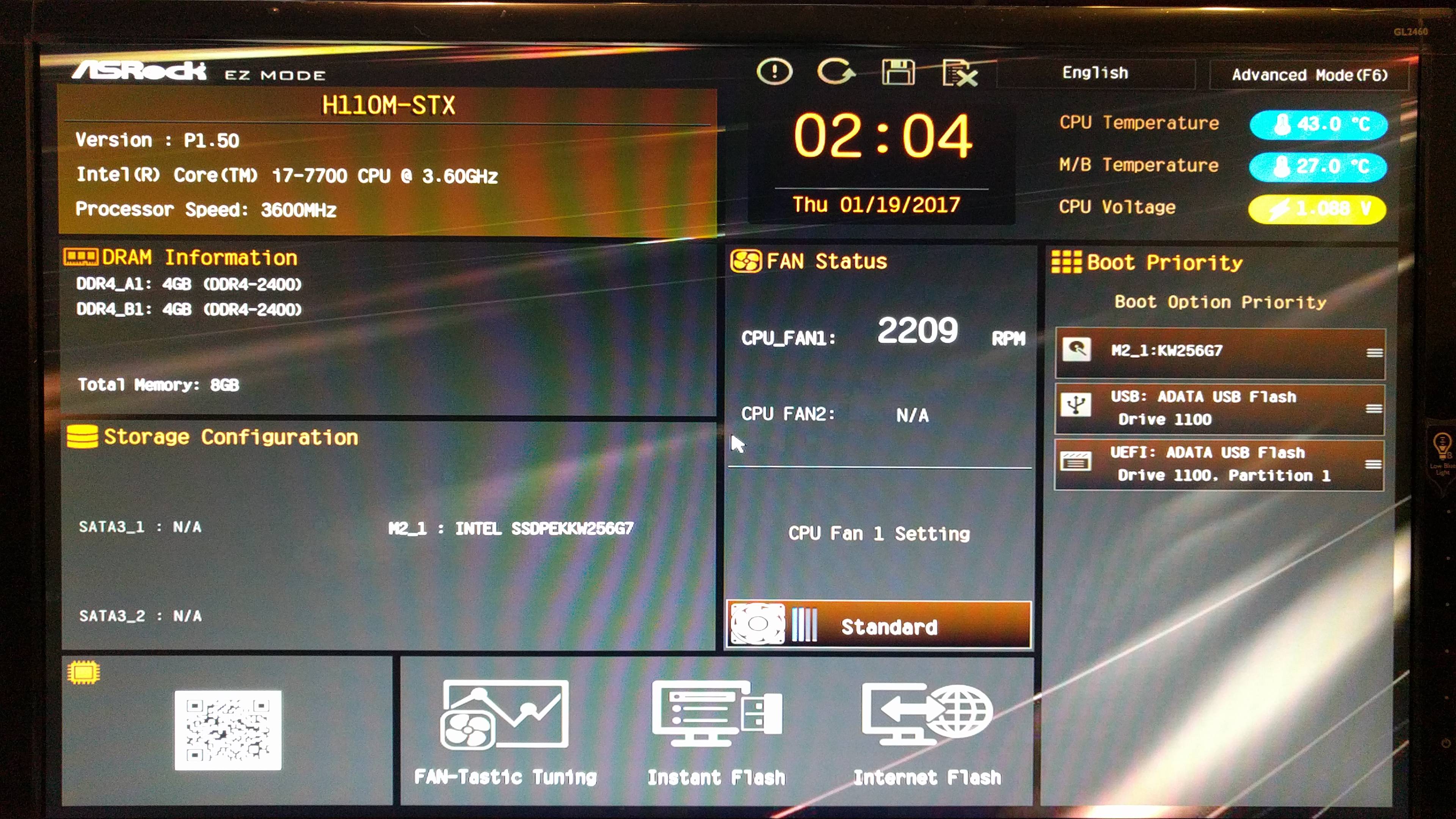 On a final note, I am curious why motherboard supports Kaby Lake K (Core i5-7600K and i7-7700K) but not Skylake K.
Reactions: dave_the_nerd

Is there any guarantee this thing will work with Intel G4560/G4600?

How does the bandwidth between 288-pin DDR4 desktop memory and 260-pin DDR notebook memory compare at 2400 Mhz and comparable CAS/memory timings? Are they different just in size/form factor?
L

limsandy83 said:
Is there any guarantee this thing will work with Intel G4560/G4600?

How does the bandwidth between 288-pin DDR4 desktop memory and 260-pin DDR notebook memory compare at 2400 Mhz and comparable CAS/memory timings? Are they different just in size/form factor?
Click to expand...

I think Kaby Lake support depends on where you buy. Newegg appears to have all updated stock, indicated by "Supports i7-7700K" in product description.

DIMM and SODIMM only differ in form factor. However, low-latency SODIMMs are more rare and expensive than similar DIMMs. 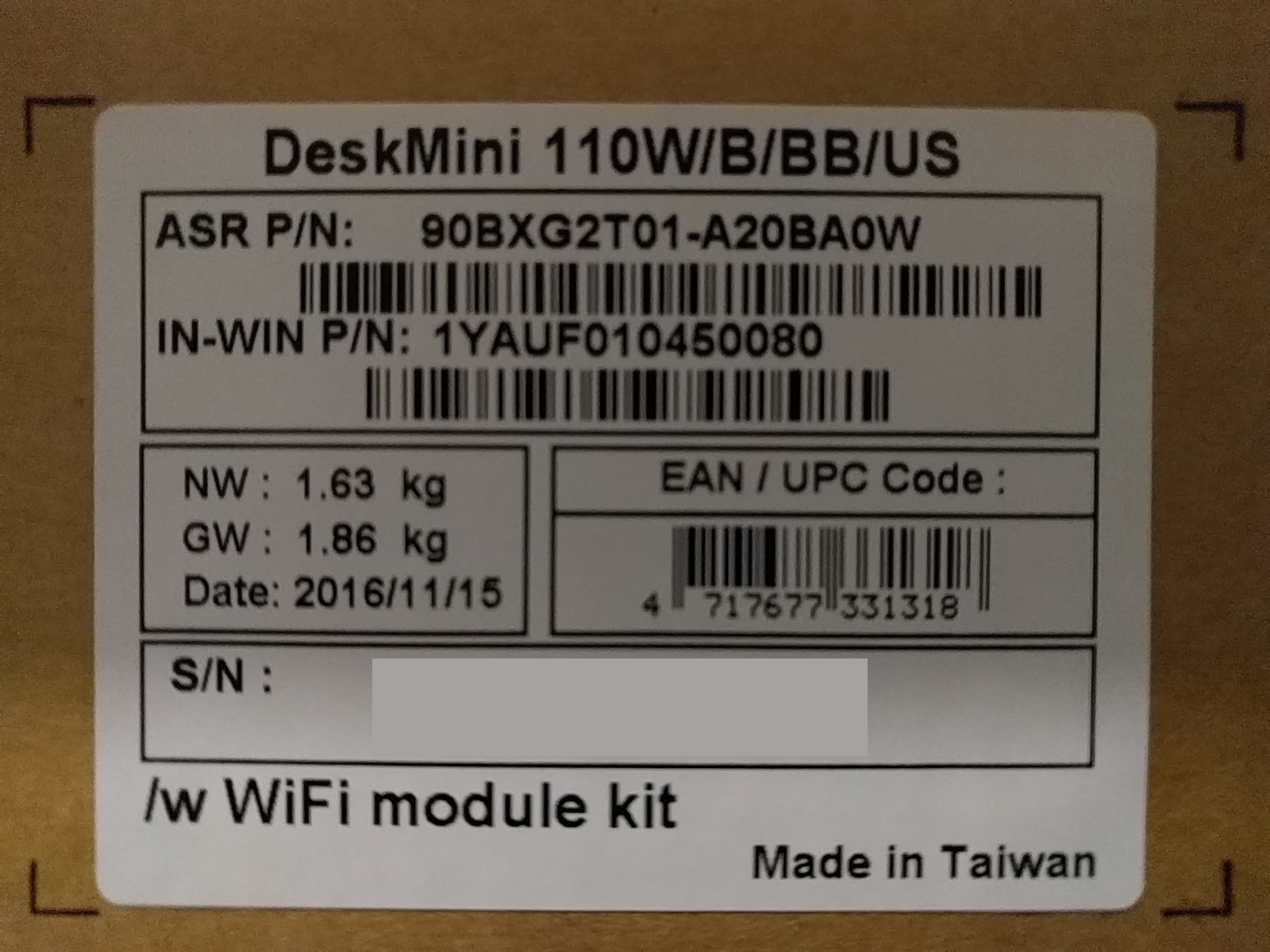 lenjack said:
Go to the board makers website, look under support for the board's bios revisions. You can see your bios revision during boot.
Click to expand...

Well yeah, I can do that. But my intent is to determine that before purchasing, so either I can search for another retailer or purchase a Skylake processor.

Just to provide a recent data point... I purchased the Asus H170M-Plus board from Newegg a week ago along with a Kaby Lake i3. It didn't have the most recent BIOS (3016), released 12/29/2016. But it did have the BIOS (2002) released last September necessary to support Kaby Lake. (This was a relief, as the only Skylake I have is in my main desktop PC and I really didn't want to tear it apart just to boot the new system.)

edit: Also, Newegg's product page for the board didn't mention anything about Kaby Lake support. So don't assume that it's not there just because it's not listed.
You must log in or register to reply here.
Share:
Facebook Twitter Reddit Tumblr WhatsApp Email Link