So, not too shabby. Hopefully, it will be supported soon by more than just Claymore. 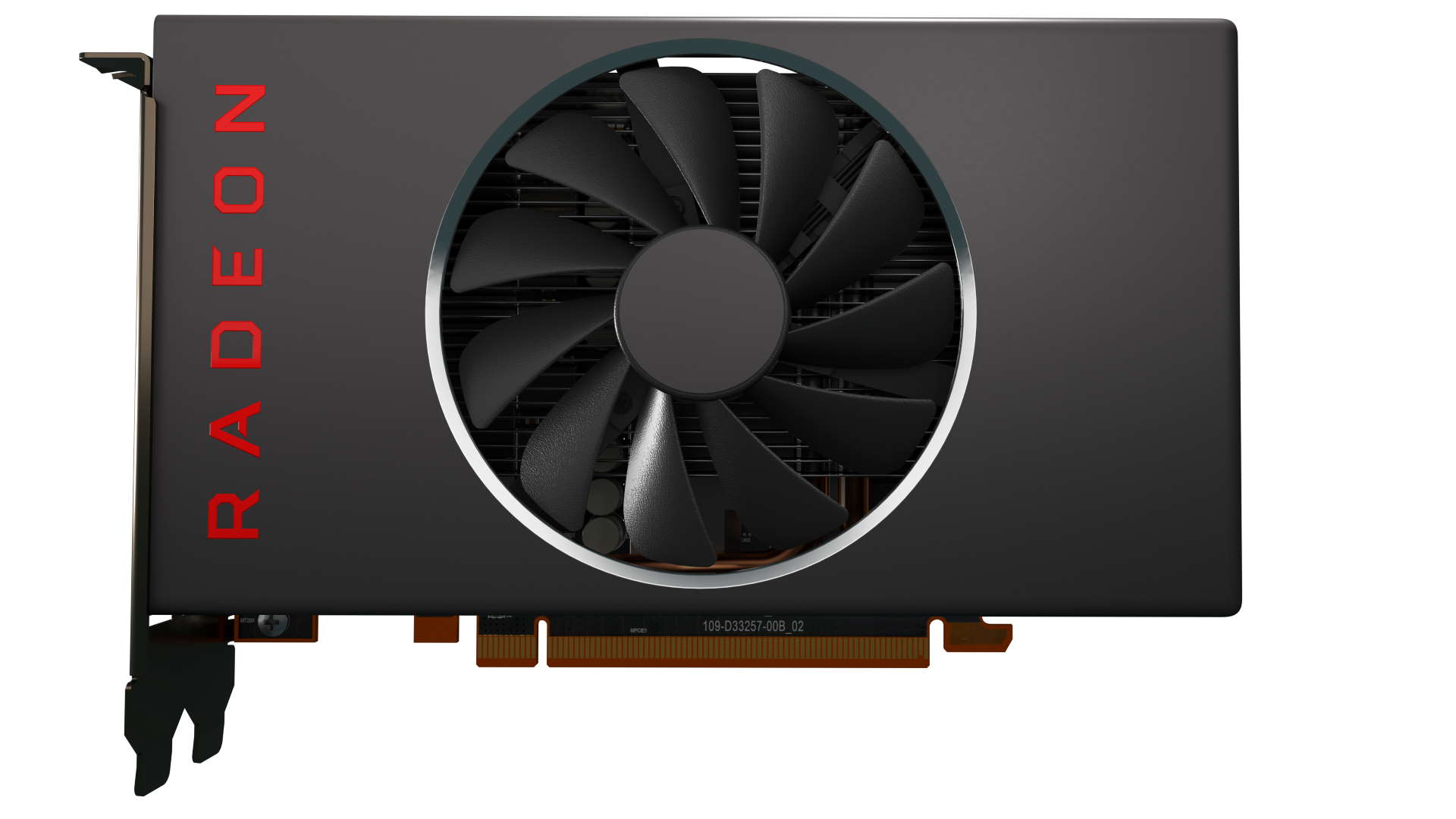 What is the AMD RX 5500 release date? October for mobile, November for desktop

Found out that currently, one of the few miners that supports the RX 5700 currently, ClaymoreDual, only uses half of the CUs (18 out of 36) on the RX 5700, being that it mostly uses memory bandwidth and not the cores so much.

Well, possibly until ProgPow, which I don't know all that much about yet.
Click to expand...

What's the power consumption you're seeing, when mining vs. idle?

Feld said:
What's the power consumption you're seeing, when mining vs. idle?
Click to expand...

Nice. That's solid efficiency at a little over 3W per MH (probably around 3.2?) when factoring in the rest of the system. That would make it 30-40% more power efficient for mining than the old 1060 that lead that stat for a long time. Doesn't quite reach the level of a tweaked Radeon VII that can get down to 2.4W per MH, but the upfront cost is way lower.

Why is NiceHash and Claymore setting DAG#0 (1.0GB) for processing jobs? Is someone trying to hack at the root of the blockchain (DAG#0?).

Perhaps someone can tell me what's going on. When that happens, my mBTC/day soars to like 3x what it's normally at.

With that power consumption and performance, what gains are you seeing factoring in electricity cost (and what is your cost, btw)?

Whats best to mine Eth with a GeForce 2070 super on Windows?

Got free electricity. Thanks guys.

Well, NH has gone way up, in terms of "earnings" for hashing for ETH. Like double my daily take.

Eth at $427 currently. I wonder how the new cards will do in mining once the miner.exes are updated.
Reactions: lightmanek

Might mine on my Radeon VII for a wee bit to get an idea. No time for it now, but it would be fun to see.

According to whattomine.com, a Radeon VII does about 78 MH/s on ETH, making over $4 a day in revenue. Expected power usage at those optimal settings is about 210W.

With the recent surge, I'm making $12/day, maybe a fraction more. I've got 6x GTX 1660 ti cards (5x of them are in a mining rig running at 80% power limit), and one lone RX 5700 (with the clock reduced to reduce voltage, and the fans ramped up). Plus a few 6C/12T Ryzen CPUs, usually hashing Monero. I refuse to run the mining client "As Admin", as they "suggest", to get higher Monero earnings. Way too much risk. Already, there have been some NH releases flagged with RATs embedded in some of the 3rd-party miners. (And I have had issues with trojans on my LAN for a while now.)

Shmee said:
According to whattomine.com, a Radeon VII does about 78 MH/s on ETH, making over $4 a day in revenue. Expected power usage at those optimal settings is about 210W.
Click to expand...

Hmm, mine used to do around 90 MH/s but we'll see. I'll tinker with it later.

I'm not going to bash Ethereum... it's the network that my Coolcoin ERC20 token relies on. Party on, dudes!

DrMrLordX said:
Hmm, mine used to do around 90 MH/s but we'll see. I'll tinker with it later.
Click to expand...

Yes, mine does 90 at stock as well

Hmm, it could be that they are wrong about the hashate, or possibly are underclocking and undervolting the core enough to save power, but also losing some MH/s in doing so.

How much power is the GPU using during mining, and are you guys underclocking and undervolting core?

Last time I messed with it, I undervolted but did not underclock.
F

I also have a rig in the garage (ventilated) with 6 Radeon VII's tuned to 1500 MHz for 72 MH/s per card, for a total system power of 1130W mining. Efficiency is a little lower there due to higher ambient temps (no A/C) and running the stock air coolers, but underclocked and undervolted with good airflow they all stay around 70C.
Reactions: lightmanek, Tlh97 and Elfear

Not quite Hermes bag money, but still more than a little "pocket change".

Edit: That's a "surge", which has been, thankfully, happening a bit more frequently.

@VirtualLarry You are mining ethereum with the 1660Ti's?

My RX470/570s are still chugging along. Started again recently though. Few months ago it was too low to justify the power use.

Mostly, I guess. I'm still using NH, it switches between hashing ETH and KAWPOW / RVN, but most of the "surges" are on ETH. Pleasantly surprised to wake up this morning, and find out that the "surge" is still going from last night, and my 24hr average earnings are nearly $16/day. Hope that this continues!
Reactions: Tlh97 and Elfear
F

Ethereum is planning to launch staking on the mainnet in a month unless any new critical bugs arise on the testnet. Imminent staking for passive income is providing a lot of upward price pressure right now.
H

So will there be another run on cards again?