My B's sucked today. Hopefully, the Stars will do better tomorrow evening.

They are all getting covid

sdifox said:
They are all getting covid
Click to expand... Think there's suppose to be flowers in there... but it's all weeds lol. What did he do this time?

bigboxes said:
What did he do this time?
Click to expand...

Wow is he perma banned?

I've seen people say way worse things and get away with it.

I've seen people say way worse things and get away with it.
Click to expand...

Well he's been banned before.

I've seen people say way worse things and get away with it.
Click to expand...

TBH, I was drunk posting on another board and I told someone to off themselves. I got my first ban. I contacted a mod and apologized. Unbanned in about an hour. They knew me. I just crossed the line. Well... cross the line for a normal open forum. I was a site admin for 15 years for an online forum where we pretty much allowed people to say just about whatever they wanted. I drew the line at racists.

What's odd is some people seem to get away so easily with personal attacks, but then if you're a good guy and go out of line even once mods tend to be harder on you. Seems to be like that at all forums, Reddit, etc. I got perma banned from /r/canada for calling ISIS sand gingers (except with a few letters rearranged). I've seen people say much worse things and actually direct it at people who are not terrorists. Also got banned from /r/ontario for calling out someone for not isolating after going to the states. On Reddit most bans are permanent with no warning.

Oso (cat) has taken up raiding the box of Q-tips and arranging Q-tips around his food bowl.

IronWing said:
Oso (cat) has taken up raiding the box of Q-tips and arranging Q-tips around his food bowl.
Click to expand...

It's a not so subtle hint for you to clean its ears.
A

I only start work on Wednesday. 3 day shifts working from home, then on vacation again.

I slept in today, been getting up early all week. Super nice day to work on my deck today though so I really should have gotten up early. It's like 12 degrees out and not raining, and cloudy. Does not get any better than that to work outside. 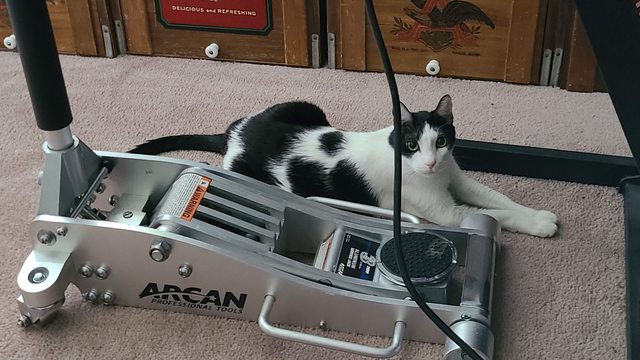