The USB ports on my wife's laptop appear to be physically failing. Two of them already don't work (nothing responds when plugged in to those ports), and the third one seems to be starting to do the same thing. It still mostly works, but once in a while the mouse loses connection until the USB plug is wiggled a bit and then it starts working again.

Since it's really hard to play games with just a touchpad, and she would also like to be able to use her USB headphones again (that she can't use now since the other ports are totally dead), I'm trying to find options to work around the problem.

The laptop is out of warranty, so the "proper" fix of replacing the motherboard isn't very realistic. The only replacement boards I can find are pretty close to the cost of an entirely new laptop.

A bluetooth mouse that can connect to the bluetooth in the laptop instead of using a standard USB receiver might be an alternative for the mouse, but she really likes her current headset and doesn't want to replace it, and I'd rather not pay a lot of money for a bluetooth headset of equivalent quality.

My next thought would be a USB hub to plug the mouse and headset into, and the hub connects to the laptop via bluetooth. But I'm having trouble finding anything online since all of my attempts to search for a bluetooth (or wireless) USB hub just give me regular USB hubs or USB WiFi adapters that also have shared USB ports. Does such a thing exist, and not cost a lot of money?
0
T

In my laptop I have ports on both sides of the MOBO and one side is where the ETH / TB4 port are and those are part of the main board but, the other side is a daughter board of sorts for additional USB ports and relatively easy / cheap to replace.

So, if you crack open the laptop and investigate a little deeper it might not be that big of a deal to refresh the ports. The hub idea would work though as well if it's constantly plugged in. I've never heard of a USB <> BT hub though due to the limited bandwidth of 2-5mbps BT operates at it's not useful enough for a whole lot of things. Now, a BT mouse is a good option and BT headphones work well too. The downside to both is you have to remember to charge them periodically or you'll be SOL when they die in the middle of something. I can usually get a day out of either though on a full charge. Usually more though on the mouse side.
0

Unfortunately, replacing the ports is not an option on this laptop. The USB ports are soldered on to the main motherboard.
0

I'd look at whether any of the 3 ports can be repaired.

If the solder joints cracked it may be pretty easy. Next level, if it tore the PCB pad, then jumper lead from the port to adjacent trace to the pad.

Next level, if it tore the pin off the socket, source a new socket somewhere like digikey.

Look at how the laptop casing fits around it, where there is clearance, to mechanically mount and fortify the socket with epoxy. Do not put epoxy where there are springy tabs to hold friction on the plug once inserted, nor let it creep into little holes or slits while it sets.

I'd prefer to coat a plug with grease, insert into the socket, then after the epoxy has set, pull the plug and flush the grease out with contact cleaner. The grease keeps the epoxy from adhering to the plug if some accidentally creeps into the socket, while ensuring that a plug will still insert/fit in it. Heh, it's harder to describe than to do. 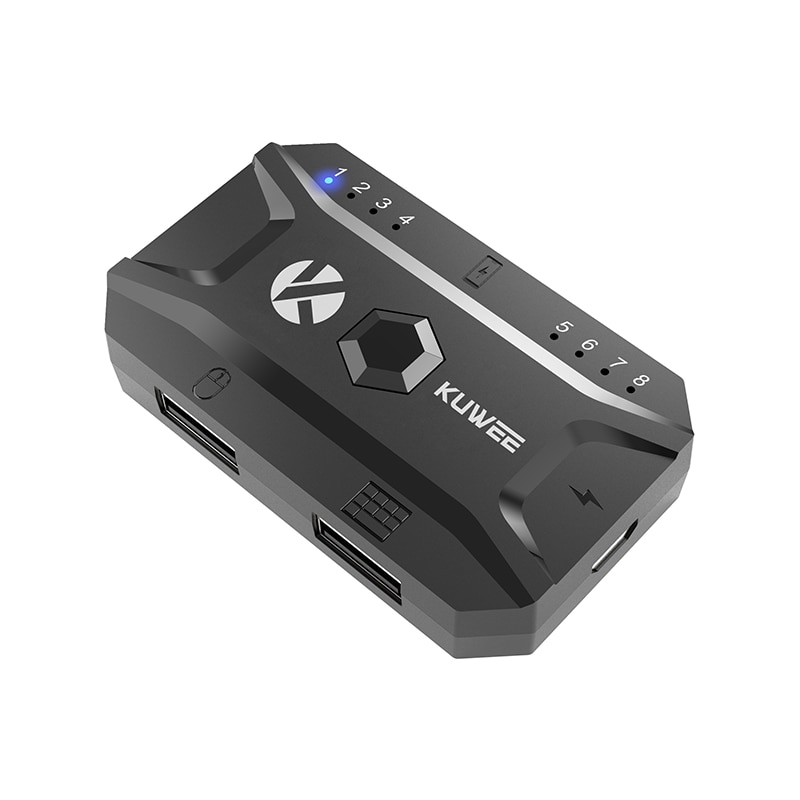 www.aliexpress.com
^ This one you can likely find cheaper on ali, or more expensive already landed in your country. This is How to Make USB Hub Become Wireless

USB Hub is a device to increase the number of the available USB port available with only consume one single port on-board. However, some people come with a

I don't know if any of these will work with headphones. Too much reading.
Last edited: Aug 3, 2022
0

As far as I can tell, there is not any physical damage to the ports or to their soldered connections on the motherboard. I checked very carefully with a strong magnifying glass and everything looks fine. I suspect it's the USB controller itself that is failing, or some hidden damage that I can't find.

Thank you for the hub suggestions. I'll take a look at them.
0

I doubt it is the controller because "It still mostly works, but once in a while the mouse loses connection until the USB plug is wiggled a bit and then it starts working again. " which seems to pretty clearly indicate a *mechanical* problem is breaking the electrical connection.

You might get lucky, maybe all it needs is a shot of contact cleaner. Some systems suck air in through the USB ports and dust/muck fouls them over time, though this is less common when there's always a plug in the port, restricting the airflow and not allowing the deposits to form as much on the contacts.
You must log in or register to reply here.
Share:
Facebook Twitter Reddit Tumblr WhatsApp Email Link