So over the weekend there was a pretty crazy wind storm in that whole area including at least one tornado touch down. Basically most of southern Ontario and southern Quebec was hit. Hydro outage map from a few days ago for both Ontario and Quebec kind of paint a picture of the severity: Each number represents an outage so like 50+ means there's 50+ outages in that area. 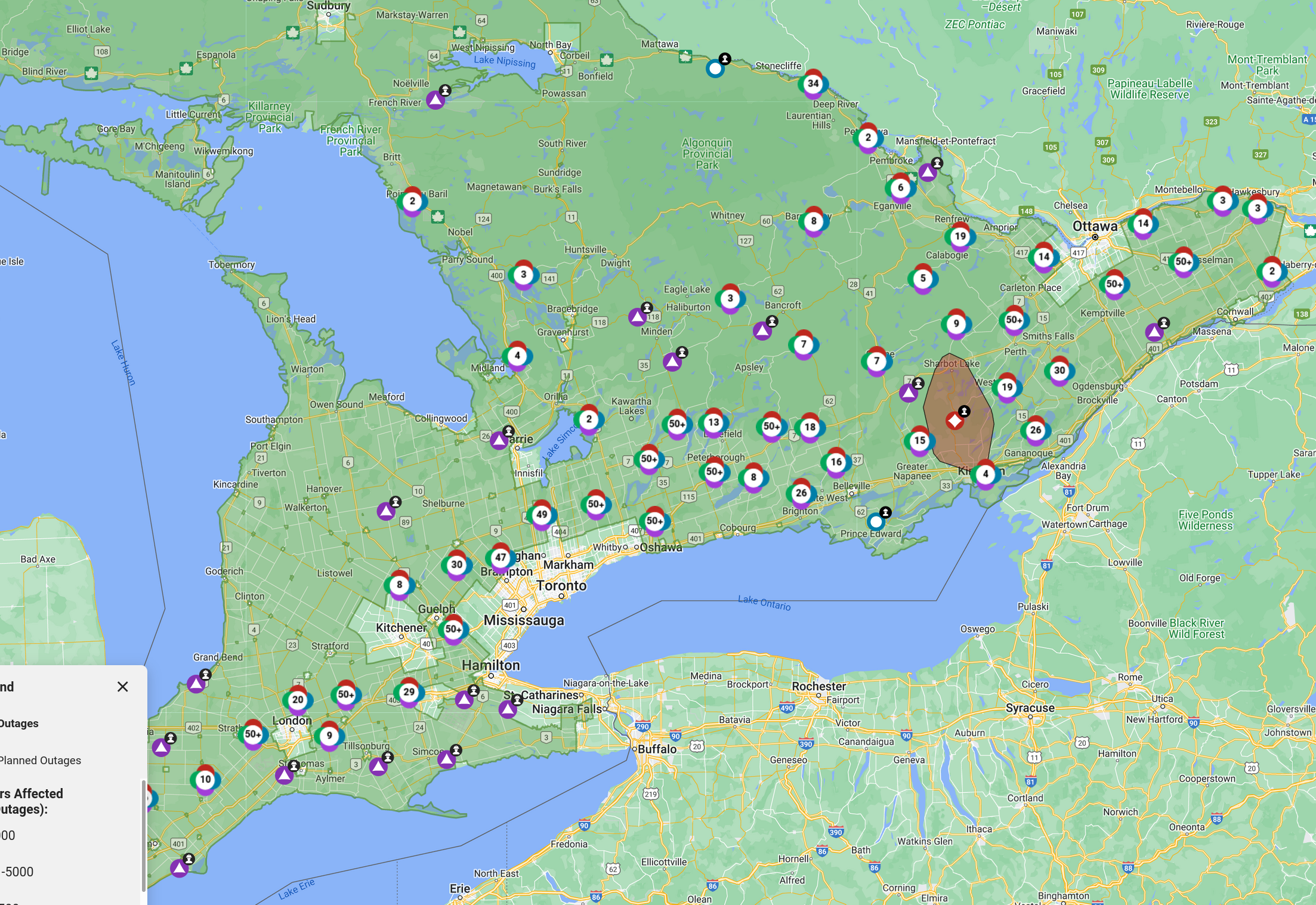 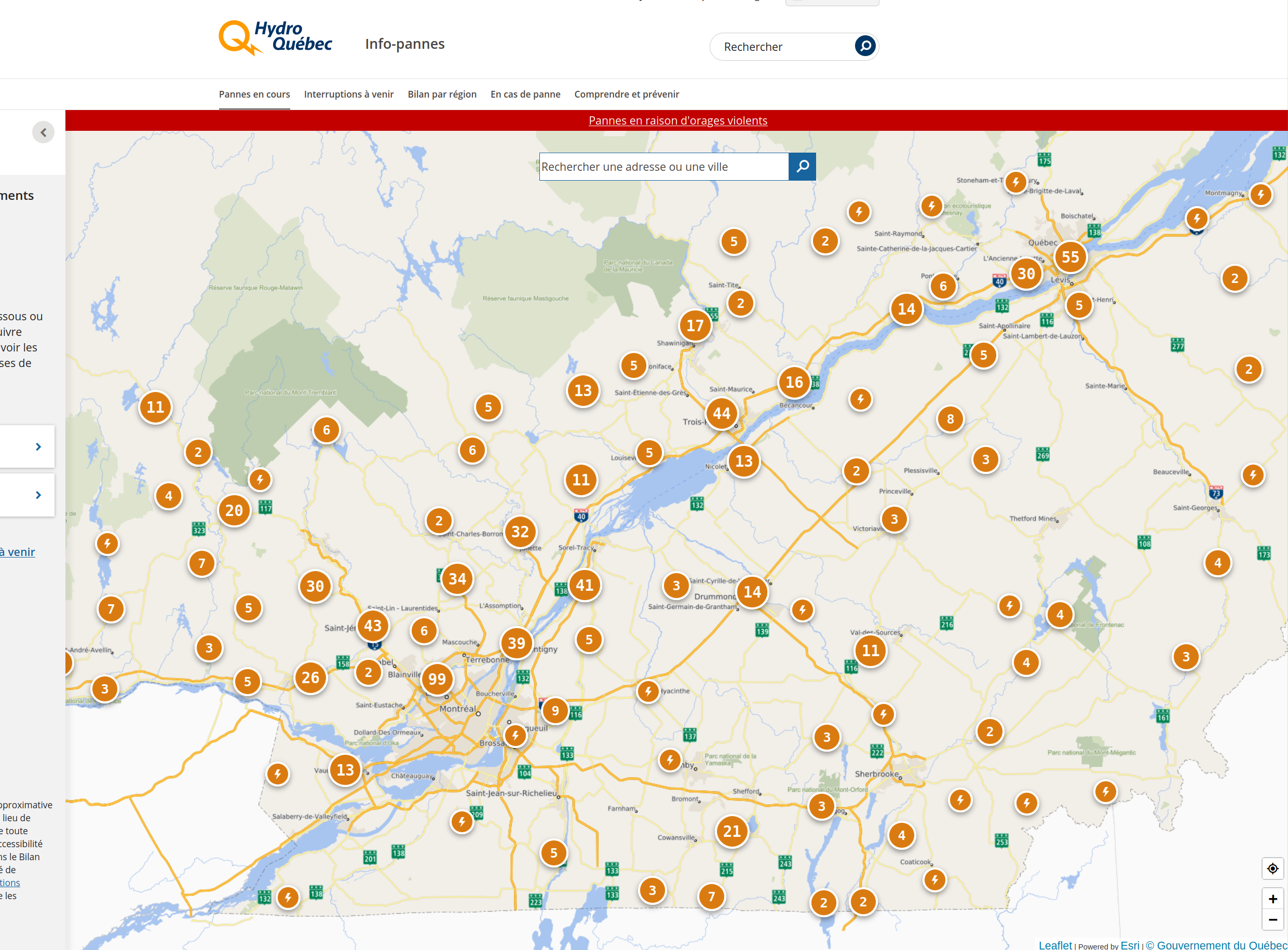 Lot of footage here of some of the damage:


I ended up doing about 27 hours of overtime helping with dealing with the power outages and stuff as we have lot of telecommunication equipment in Quebec that was down, and techs were going around with generators to try to power what they could get to. There's hydro poles all over including high voltage lines so lot of places they could not get to at all. Pretty crazy stuff, not typical to get these kinds of storms here in Canada. Reminds me a lot of when they show footage from places like Florida that get this every year.

Thankfully here in the north we were spared of this. Not even mild storms. I do recall a storm like this many years back like maybe 25 years ago, but it was not as bad as this one. Just lot of trees toppled including very old ones in our parks. I was at camp when it happened and we saw the destruction once we got back to town.

That was probably same system we caught wee hours of Sun morning in VT. You're right, it reminded me of Florida too. Like going through an hour of squall or hurricane like rain/wind, but the thunder and lightning was almost nonstop. I was expecting lots of tree damage but we got off easy. I heard they got it worse in Quebec.

A little more than some poles down and outages ....

Insurance|12 hours ago
The Saturday storm, which was classified by Environment and Climate Change Canada as a derecho, generated wind speeds of up to 132 km (82 miles) per hour. It caused widespread damage in both Ontario and Quebec,

Kingston Whig-Standard|6 hours ago
An Environment Canada app radar image from around 2:30 p.m. Saturday showed the storm front passing through Quinte to a lesser degree compared to more severe storm activity to the

Happened here in the DC area a decade ago, and the ensuing power outages basically exposed the complacency of Pepco and the regulators that was present for years, along with property laws that were modded afterwards to allow for trimming along power lines.
You must log in or register to reply here.
Share:
Facebook Twitter Reddit Tumblr WhatsApp Email Link