I finally picked up Dishonored 2 + Outsider after waiting for Denuvo’s removal and a sale price. The series integrates stealth and combat extremely well. You can alter your playstyle between thief, stealthy assassin or swashbuckler as you please. 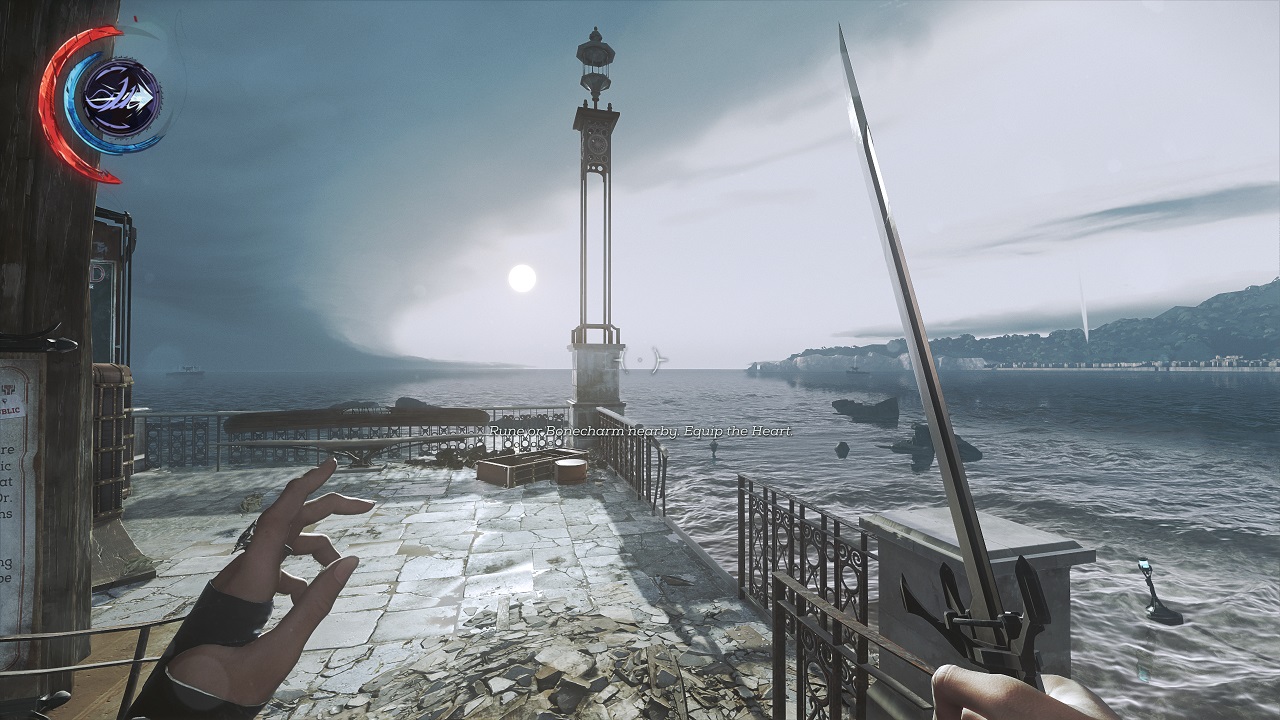 Dishonored 2 turned out to be awesome and one of my favorite games of all time. The detailed sandbox maps have a ton to explore and you can easily play several hours before even attempting the main mission. My gripe is the engine: while the visuals were quite good, performance was extremely poor, as were some of the load times. This is the first game I’ve played that doesn’t give satisfactory performance my 1070.

A while ago I also played the original game plus Knife of Dunwall and Brigmore Witches, and really enjoyed all three. The two DLCs are a seamless continuation of the first game.

Death of the Outsider was by far the weakest installment. On its own with no other Dishonored games it was pretty good, but in comparison it was lacking. Too much map content recycling to pad the length, and restricted character development compared to the others. Also the blink power was clumsy and error-prone to use.

I think the original game is more responsive to play style in that the resistance ramps well up in proportion to the amount of head whacking you do. The later games had a bit of that but the devs didn't seem to put much thought or effort into it as they did on the original.


On the other hand, the original spent way too much time at the Hounds Tooth

Honestly, D2 is the better more polished game but I voted the original. It just had that wonky art style first and I had never really seen before so it became more memorable; I put more hours into it. Also, fighting those tall-boys and visiting some of those D1 locales was just brilliant. Had it's issues, no doubt, but if i had to vote on one that would get mine. The Daud DLC was also pretty good.

Dishonored 2 was fantastic in its own right but I felt it was somewhat shorter unless you counted Death of the Outsider, which I also liked quite a bit.

Hmm, I'm not sure how a 1070 would have problems with Dishonored 1? My VegaFE chewed through it pretty well, and I'm pretty sure a 1070 should be fairly close. Maybe I don't give Vega enough credit.

Anyway Dishonored 1 had better atmosphere. The accents were internally consistent. Dishonored 2's jarring switch to Americanized voice acting (except for Sokolov) made no sense. Also, enemies seemed to punish stealth more in Dishonored 2. Pity we won't be getting any more games in the Corvo timeline.

DrMrLordX said:
Hmm, I'm not sure how a 1070 would have problems with Dishonored 1?
Click to expand...

The first game uses the Unreal 3 engine and runs well. The second doesn't because it uses a modified version of the orginal Rage engine.

The first game uses the Unreal 3 engine and runs well. The second doesn't because it uses a modified version of the orginal Rage engine.
Click to expand...

Recently picked up DH2 and DotO on sale and I'll probably get around to actually playing them on a 3080ti sometime in 2024 or something so I'm sure they'll run fine.

But for right now all I've had the chance to play is DH1 so I didn't vote but it was a VERY fun, atmospheric, and frankly accessible for a stealth game which is very nice. My introduction to stealth games was stuff like Thief (the really old one) which were very unforgiving games and frankly became more of a rage inducing swearfest than something I could fully enjoy.

DH1 was a solid blast and I'm glad that Arkane Studios is sticking to their guns making solid FPS+ style games.

GodisanAtheist said:
DH1 was a solid blast and I'm glad that Arkane Studios is sticking to their guns making solid FPS+ style games.
Click to expand...

Be warned that stealth is a bit harder in Dishonored 2 thanks to enhanced detection for nearly all enemies. There is some additional element of frustration. On the plus side, if you use the right bone charms you can sleep dart just about everything that isn't a machine. It's pretty funny stuff. I spent maybe half the game knocking people out with whiskey tumblers which was also fun.
I

Igo69 said:
You can also use ability and link up to 4 enemies and kill or sedate them with 1 shot
Click to expand...

Not if you play as Corvo (except on New Game+). I did use that to knock out multiple enemies at once, which is hilarious if you've done so with a bottle/whiskey tumbler/some other random object. Chloroform was also fun. Pity you can't carry multiples with you.

I never got around to playing any of the Dishonored games, yet I love stealth games.

Guess I need to check it out eventually.