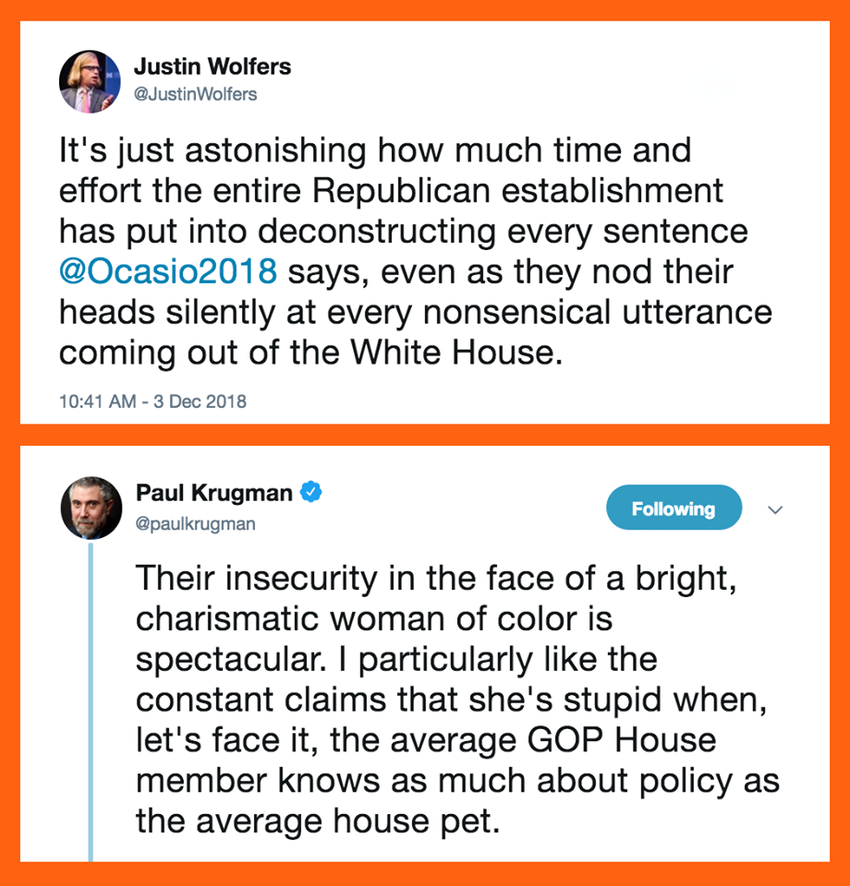 An Iraqi student poses for a picture during a celebration marking the University of Mosul's 51st anniversary on April 1, 2018, about eight months after the city was retaken from the control of ISIS fighters by Iraqi government forces.
Ahmad Muwafaq / AFP / Getty 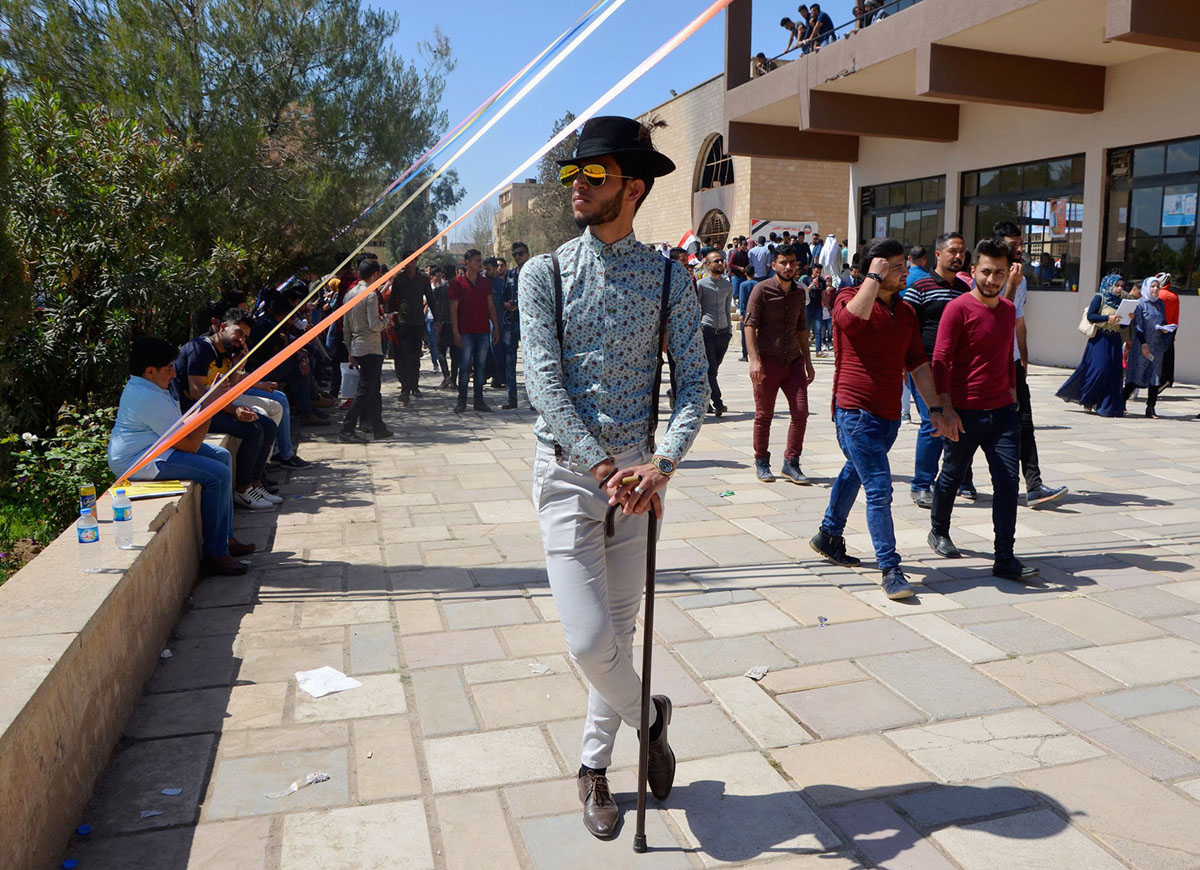 I don't know why I'm loving all the "tariff man" cartoons. 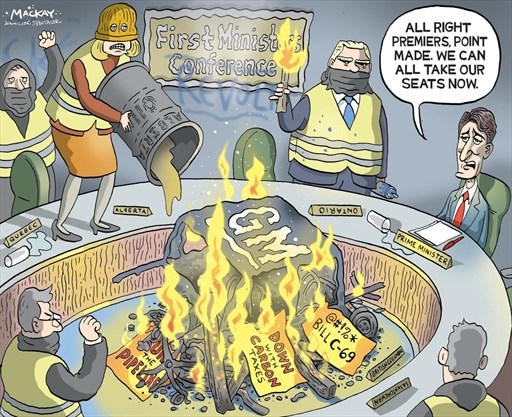 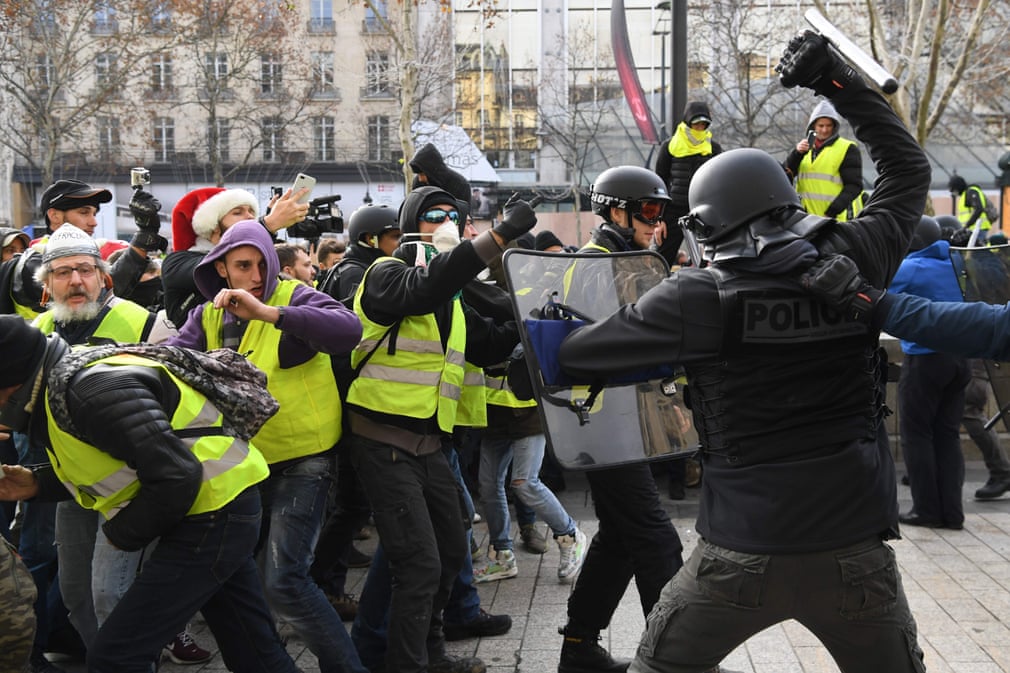 A protester launches a cobble stone at the police line 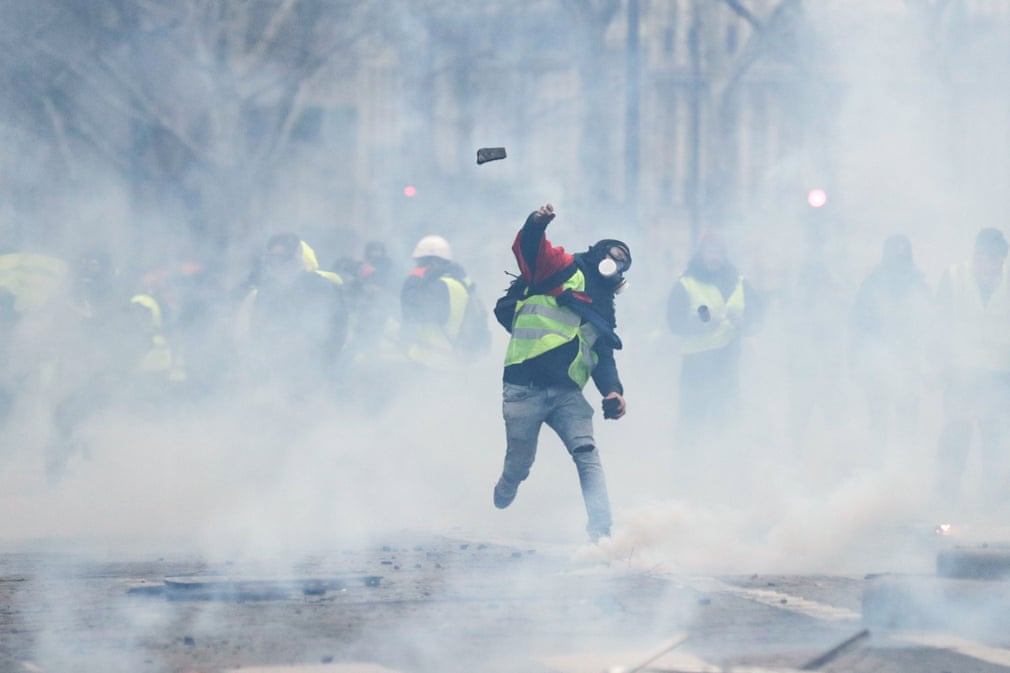 Tijuana, Mexico
Central American migrants, who have been travelling in a caravan hoping to enter the United States, climb the metal barrier separating Playas de Tijuana in Mexico and the US. 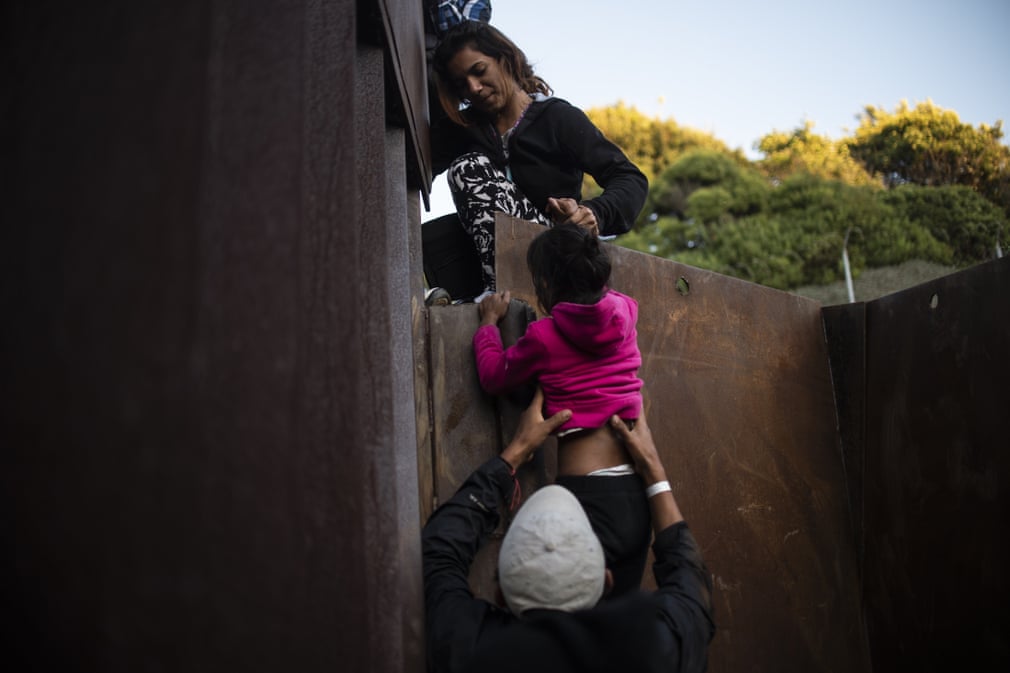 Tel Aviv, Israel
Hundreds of pairs of red shoes are displayed as a protest against violence towards women at Habima Square in Tel Aviv. 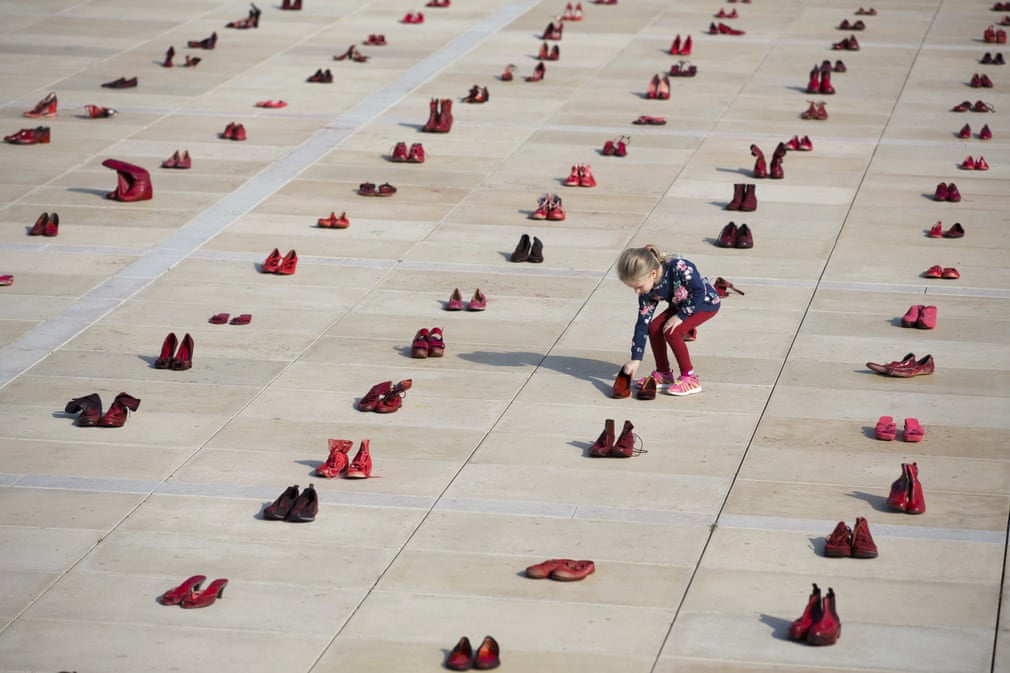 Tijuana, Mexico
Andrea Nicole Arita from Honduras, part of a caravan of thousands from Central America trying to reach the United States, crawls through a hole under the border wall in Tijuana to cross illegally from Mexico to the US. 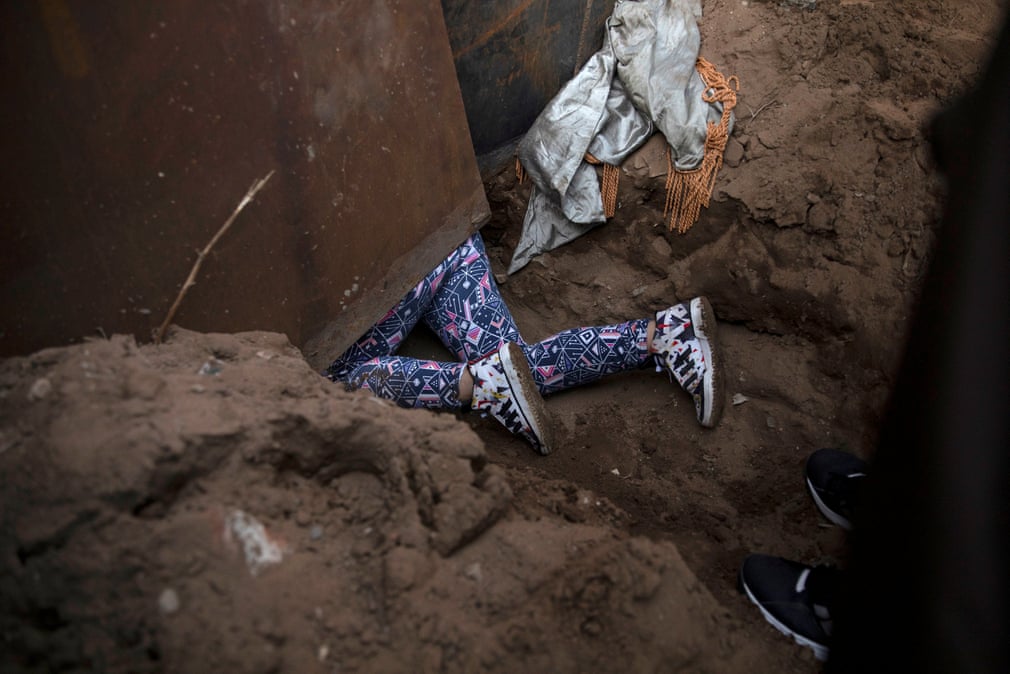 Makeshift bamboo shelters in the morning mist, Balukhali refugee camp, Cox’s Bazar. More than a million men, women and children live in close quarters in the densely packed settlement. Conditions are appalling and without access to clean water or toilets, and with only one hospital to care for 1.3 million people, disease outbreaks are a constant threat 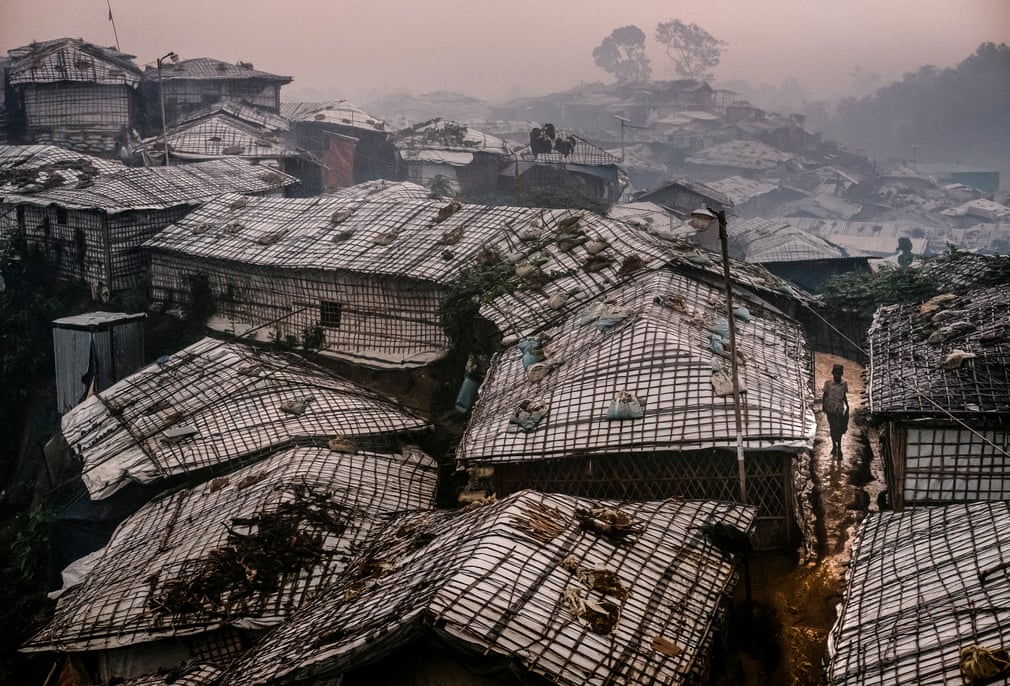 Montas Begum, 30, Balukhali refugee camp. Begum’s husband and three sons were murdered when Myanmar’s troops attacked her village, Tula Tuli. The soldiers beat and burned her before taking a machete to her daughter. The young girl survived but was left scarred. Tula Tuli witnessed some of the worst atrocities of the military crackdown, which killed tens of thousands of people and forced 700,000 to flee. Survivors report seeing mass graves with badly charred and butchered bodies piled high. Many of the community’s women and girls report being raped and then locked in buildings, which were set alight 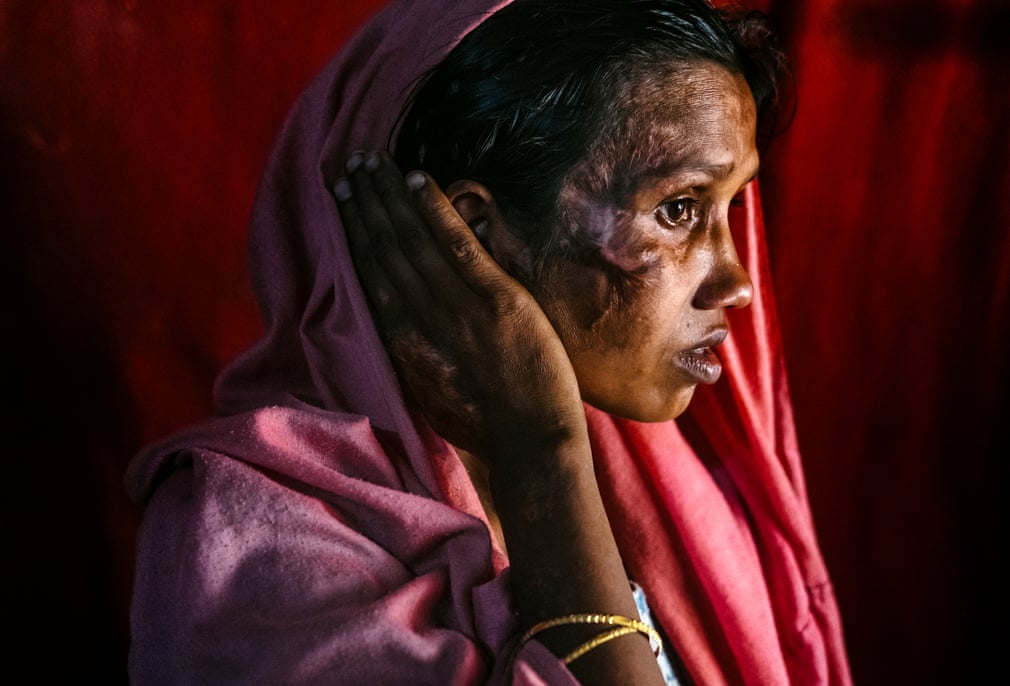 There's a lot of what I feel about the UK in there too.
Reactions: Ajay

Found this when i gis'd idiot