LOL! The room breaks out in laughter as @Jim_Jordan makes a fool of himself by suggesting he thinks it's possible to subpoena "phone calls." What a dolt

Christian activist: ‘God will curse the children and grandchildren of those who opposed Trump’

Thebobo said:
Christian activist: ‘God will curse the children and grandchildren of those who opposed Trump’

This is Murica,,, so fucked up
Reactions: Thebobo

A woman makes a handcuffs gesture while chanting ‘lock her up’ as Donald Trump speaks in North Dakota. The US president claimed Hillary Clinton has yet to move on from the 2016 election. Trump asked the crowd: ‘When is she going to get over it?’ 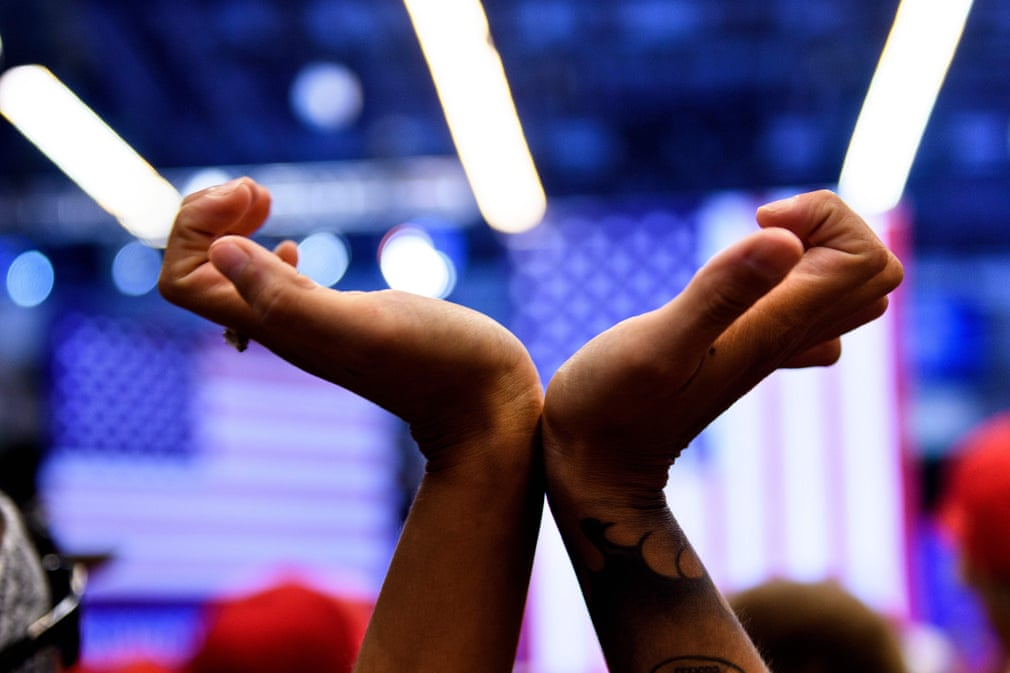