Crypto payments not so popular at the crypto-themed restaurant

The LA Times reported that the Bored Ape-themed "Bored & Hungry" restaurant in Long Beach, California had stopped accepting crypto payments. Despite excitedly announcing the first ever crypto purchase, made with Apecoin, when the restaurant opened in April, it seems crypto payments haven't been...

The Adventure of Trump in Maralago
Chapter 1
The Forbidden Maralago Basement and Cave System
Part 1 - The Devil's Room​
Walking down the steps of stairs to the basement alongside him are five men with dark sunglasses, adorned in the finest black and white tuxedo, and an earpiece. Upon reaching the last step down, in front of them was a large wrought iron door. "Open it." says the man in blonde hair. One of the man in sunglasses comes up to the door and opens the old rusty door. A loud shriek from the unoiled and rusted metal door hinges is heard.
Now opened, the man and the five sunglassed men walk thru the door into what one would think would be a basement, but rather it is a cave system. The men are now at a point at one of the exits of the cave, here there is a wide opening , with four ways to go. One of the obvious is behind the men, leading back to the stairs that go back up to ground level. Never extinguished torches seem to have the cave lit up well. The walls of the cave are made of rock which can be seen as brownish. An occasional drip of water can be heard throughout the cave in a rhythmic pattern. The cave opening is not well cut as the walls are jagged here and there. The cave splits into left, forward, and right. The orange man goes forward and the five men follow him.
The walls of the cave can be seen to be changing in composition of the type of rock, and are now starting to be seen to be made of some sort of stone. The light from the torches illuminating the tunnel show the stone to be of some sort of grey blue color. The cave walls here seem to be much more finished as the walls are very smooth. The cave at this point seems to be going under a large body of water, as the sound of water can be heard above.
After what seems to be a four minute walk in a straight cave, the sound of the waters above fade, and the cave tunnel leads to a wide open area of what seems to be a cave room. A ladder can be seen going up to what can be seen a closed metallic hatched opening in the cave ceiling. On the ground of the large cave room there seems to be a star drawn on the ground, with lit candles and weird runic writings at each of the points of the star.
The man who seems to be the leader of the group starts babbling to himself while the other five seem to ignore him and seem to show no amusement of what he is doing. "Ahhh I love to cross the body of water separating my maralago and main land Florida by going underground. But that is not the reason I am here. I am here to speak to my lord. The devil. People think I worship god, but rather I think that the devil is my god. If my god was Jesus, Allah, or Shiv, I wouldn't be such a racist. Oh wait, why am I babbling to my self again."
The leader of the group then looks at one of the men in sunglasses, and says, "I think you all and even me feel a bit hungry, why don't you go up this ladder to the streets above. Don't worry people will think you are some nicely dressed utility man that is exemplifying the rewards of what a hard working utility person would deserve. Anyway the metal hatch opening at street level has the words Florida Electric Company on it."
The man then looks puzzled at the leader, not knowing what they will have to do after he reaches the surface. The group leader then realizes what he forgot and finally gives the full instructions. "You will then turn 180 degrees and you will find yourself in front of pizzeria entrance. Order some pizzas and bring it down here for us to eat. " The man finally nods in acceptance of the command and goes up the ladder.
The orange man once again starts babbling to himself, "Isn't it great that all the rooms of this cave system are located under a pizzeria. " 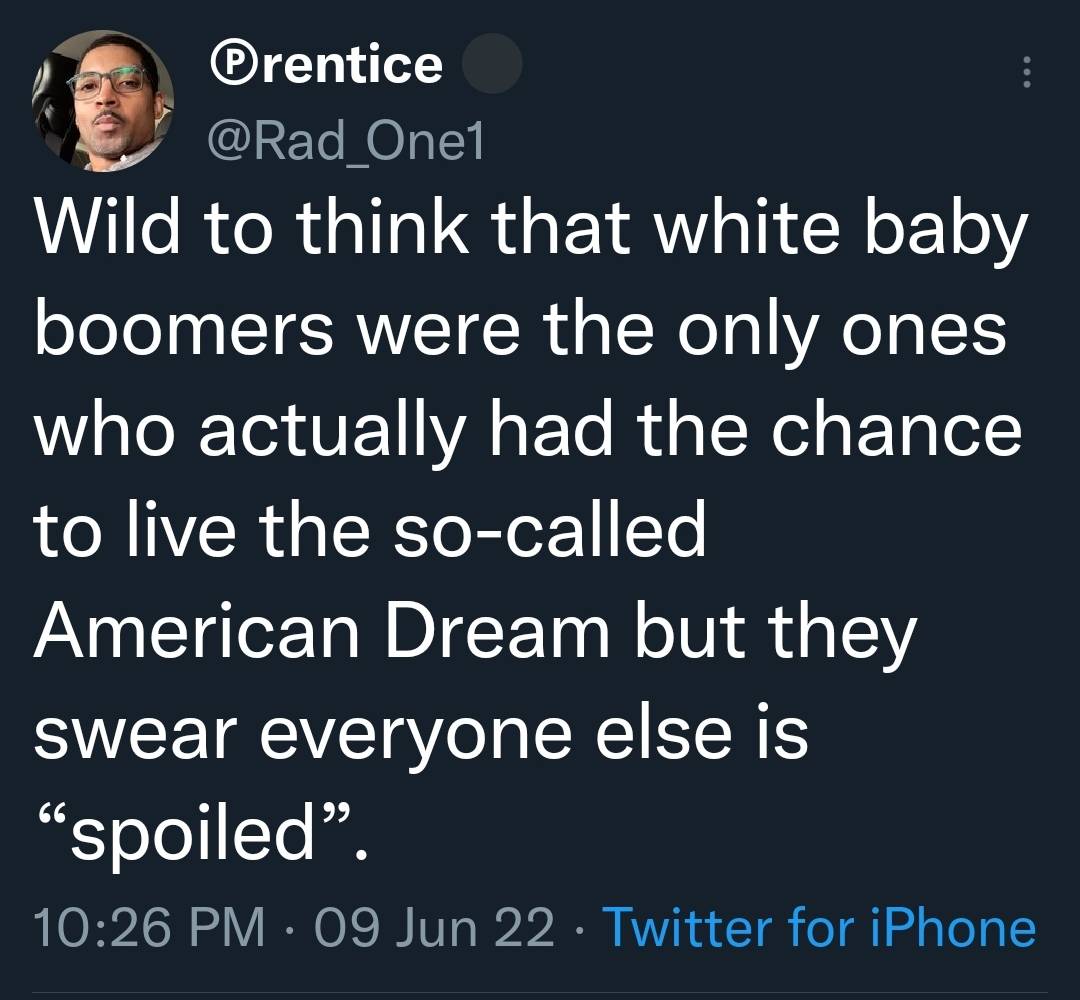 TEENAGERS
RED STATES!
Fed up being harassed by your stupid parents Federal government?

ACT NOW
move out, get a job, pay your own bills, and do it while you still know everything!​
Reactions: Lezunto, Mean MrMustard and Amused 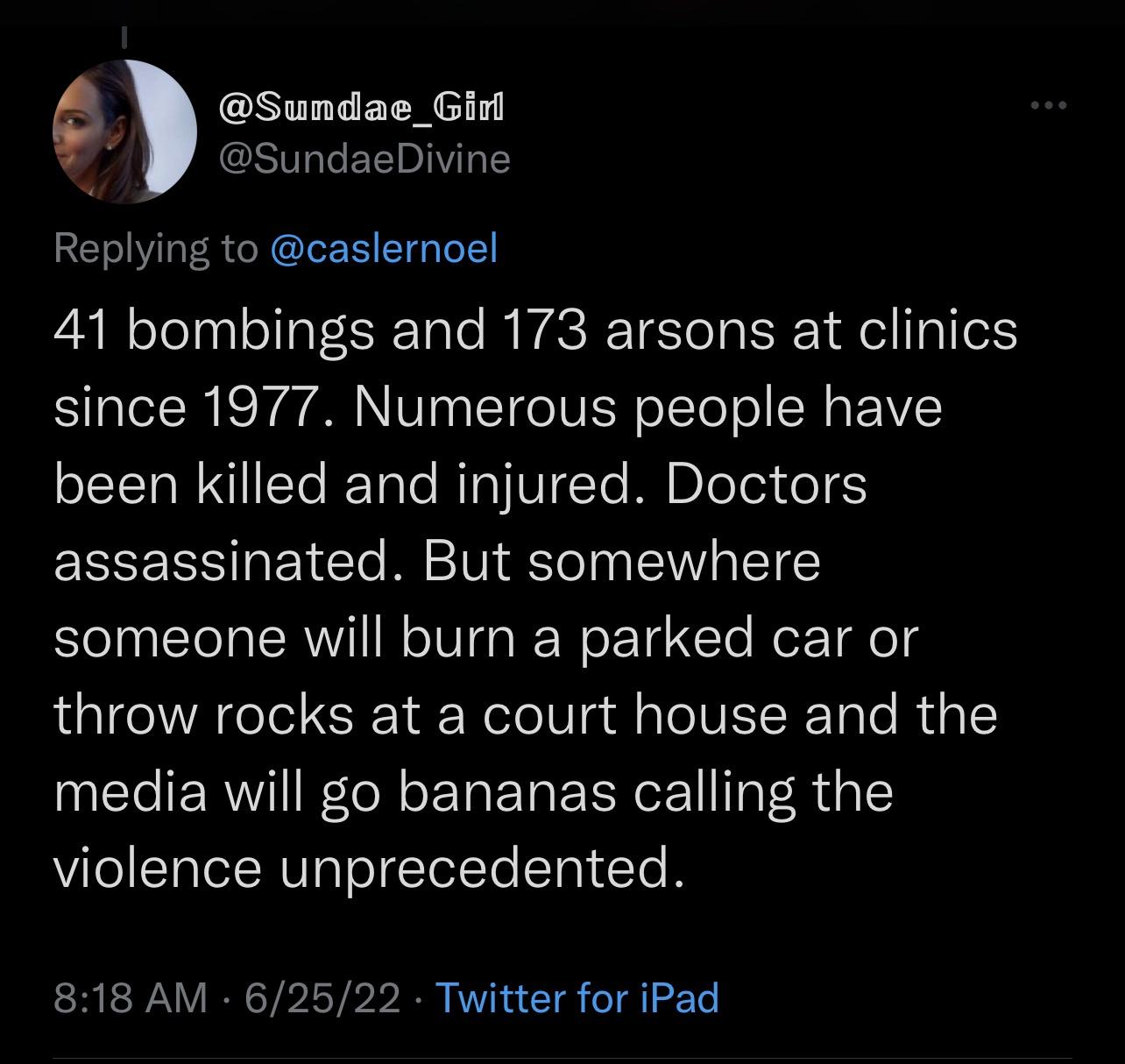 Reactions: zinfamous, hal2kilo, kage69 and 5 others 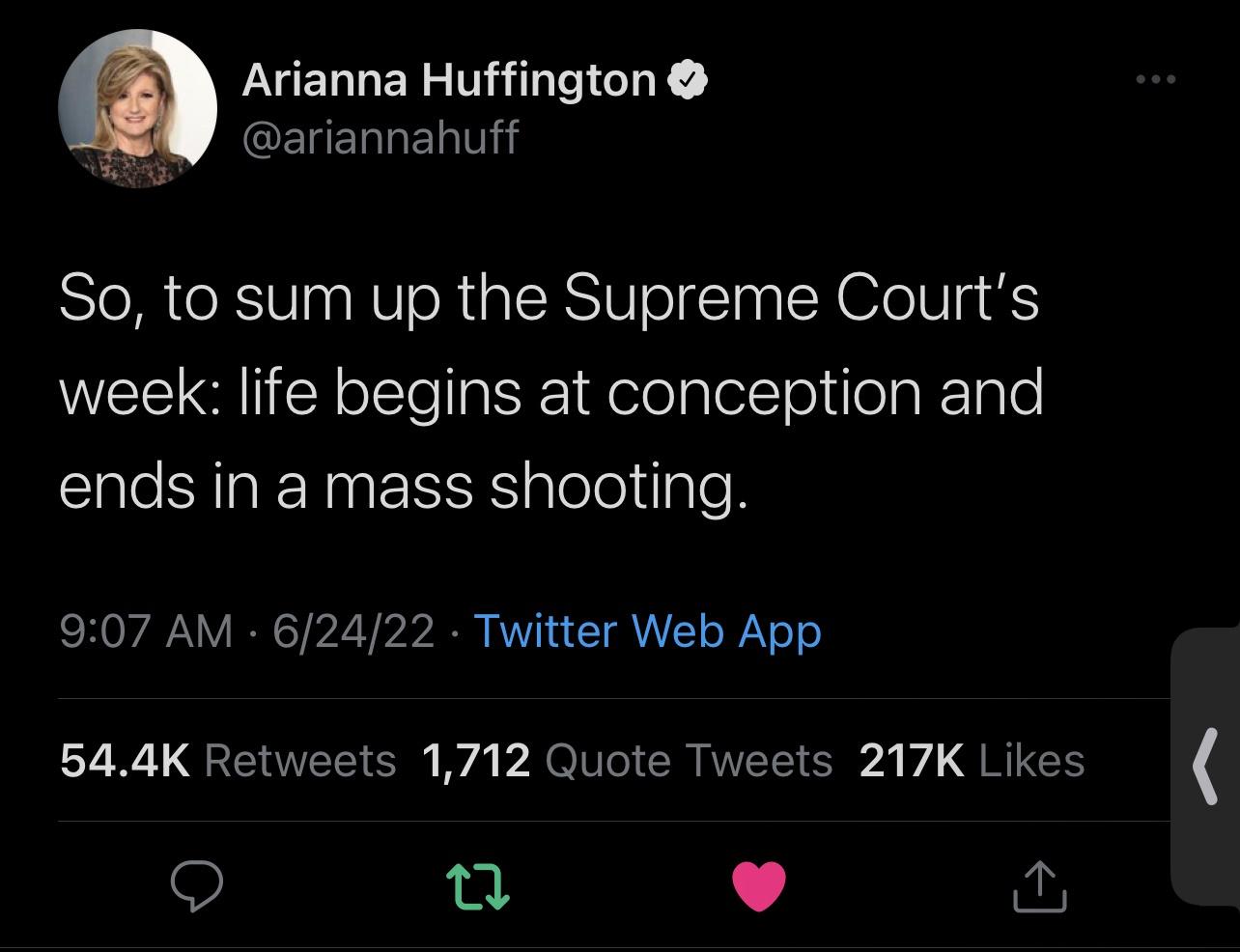 "...more people in tactical gear" - picture shows a number of men and women in tanktops, plaid shirts, or brightly-colored t-shirts

"...in masks and glasses...dark glasses" - picture shows group of people, none of which have either masks or glasses.
Reactions: hal2kilo

"The party told you to reject the evidence of your eyes and ears. It was their final, most essential command."
Reactions: zinfamous, hal2kilo, Dave_5k and 5 others

"...more people in tactical gear" - picture shows a number of men and women in tanktops, plaid shirts, or brightly-colored t-shirts

"...in masks and glasses...dark glasses" - picture shows group of people, none of which have either masks or glasses.
Click to expand...

See no evil, hear no evil, speak no evil of Donald Trump and his coconspirators, of every insurrectionist whether arrested and convicted or not, of their corrupted SCOTUS judges who are owned and operated by the Heritage Foundation and the Federalist Society, of those few aristocrat families that own and operate the Repub Party, of the paramilitary militias that have aligned themselves with and are an integral part of their party, along with their many groups consisting of white supremacists, racists, Nazis and their theocracy bent activist religious fundamentalists.

Lots to ignore on their merry way toward building a fascist state out of a democratic one that doesn't seem to work out for them now that they've found themselves to be the minority party of the nation in a matter of mere decades. What to do, what to do, what to do. Well attempting to steal an election while hilariously claiming it's exactly what was done to them is good for starters and if that's not good enough then stuffing the nation-wide electoral system with their own saboteurs to make sure things go their way the next election cycle seems to be the way they've chosen to "level the playing field" in their favor, all while claiming the system that previously provided as free and fair elections as possible that the Repubs tried to rig anyway was rigged not by them, but by anyone else but them.
Reactions: iRONic and hal2kilo
P

Well, I'm not sure they're entirely wrong. I often find myself arguing, "experts" are a class, and they tend to have a class interest to protect.

I mean, there's a certain panel of 'experts' on Constitutional law who currently don't seem to exactly be doing a great job. Not sure anyone should be blindly deferring to their 'expertise' and credentials. 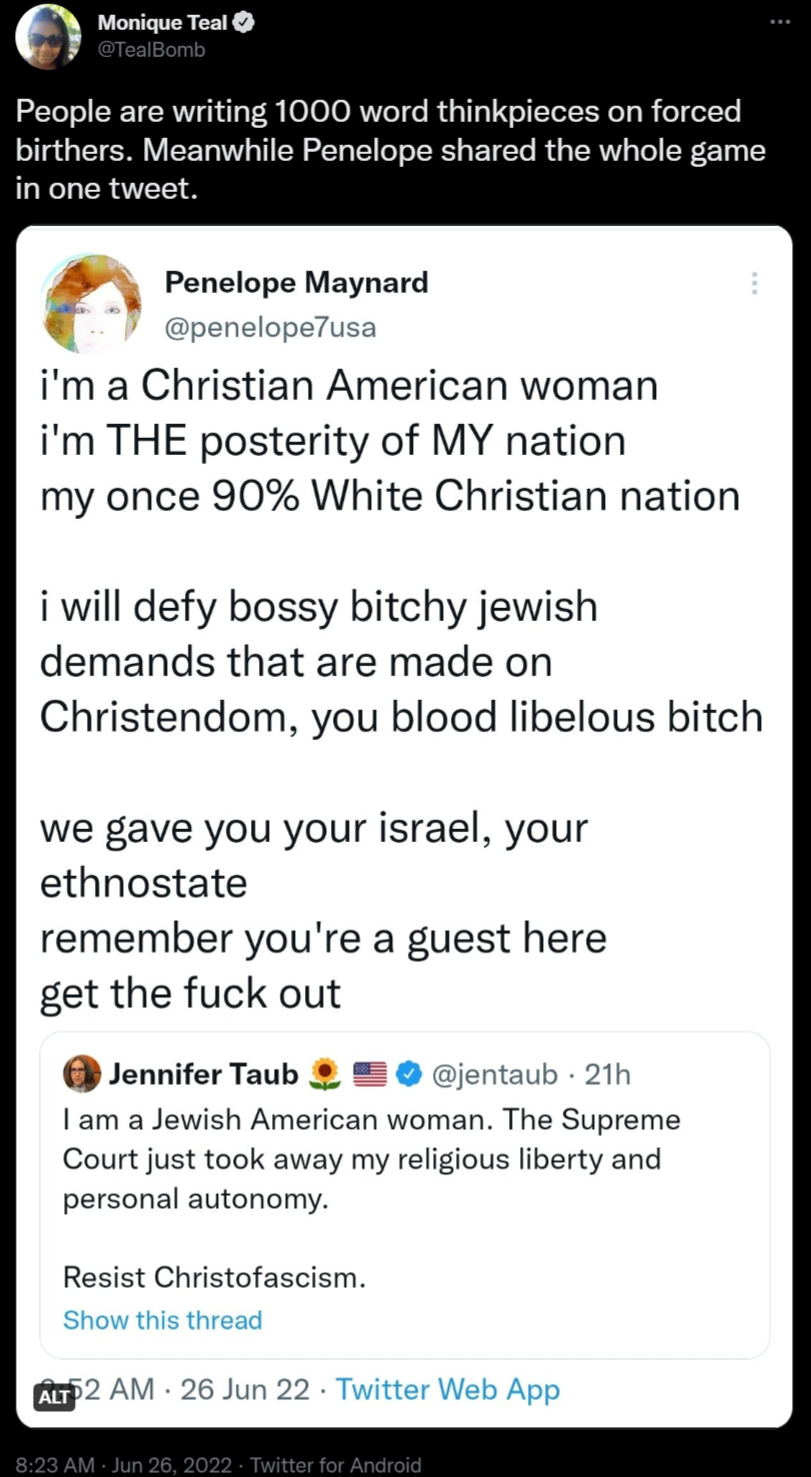 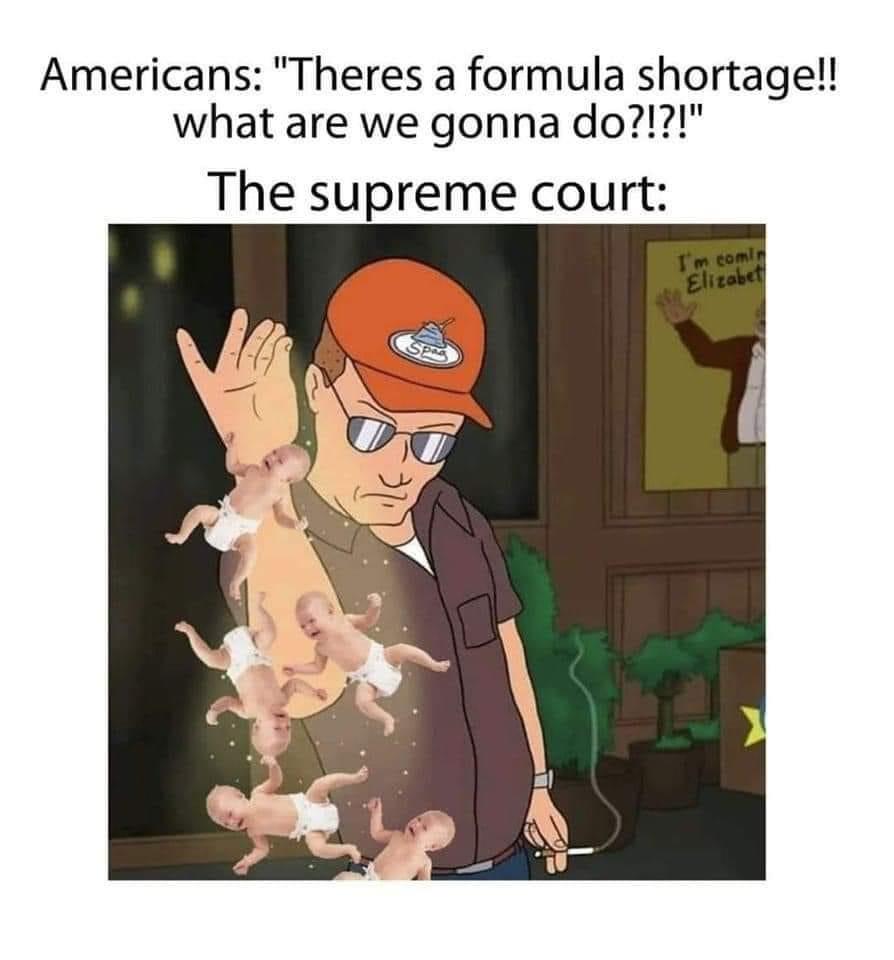