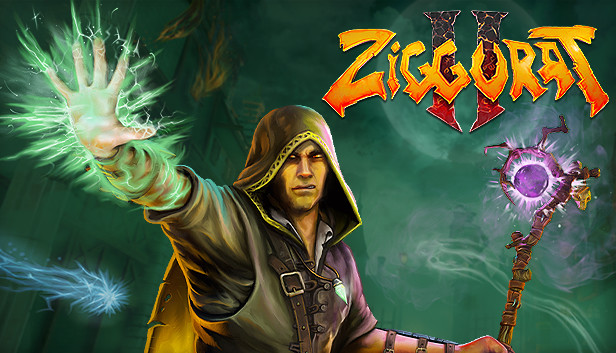 Ziggurat is back, and now it's even better! Use powerful weapons and spells to break through hordes of enemies and explore labyrinthine dungeons in this hectic roguelite FPS, while you improve your skills and discover new equipment.

i've been playing excessive hours of a game that reminds me of classic, 1990s Doom.

Remember how, when you played Doom & Doom 2, the whole thing about the game, was how you'd have all these monsters shooting at you from every angle, and the primary skill you had to have, was to know when you were being shot at .. from the back?
Knowing there's a Mancubus behind you, and being able to dodge its rockets even when you are focusing on a different mob, because you can feel the rockets coming?

Ok, so then what you want is Ziggurat 2.

Z2 is a FPS with some very minor rogue-lite elements; you start in your mage tower and you pick a dungeon from the map. You go through the dungeon, pick up weapons, kill mobs, level up, and at the end of the dungeon you go back to your mage tower.
In-game levelling is reset every time a dungeon ends, but you do get to keep permanently the "mastery" of the various weapons, items and characters you used - essentially a second, permanent level-up system.

Your "doomguy" will be one of five mages, each with different stats and abilities. You can carry up to 4 weapons, a wand, staff, spellbook, and alchemy weapon, and while your wand ("pistol") has unlimited mana, the other 3 have limited mana that you need to recover from dead enemies, but they are stronger in damage and have secondary effects. AFAIK there are 55 weapons in the game, divided in the 4 groups wand/book/staff/alchemy.

As you progress, you unlock these weapons and other gear for your mage tower. As you start a new dungeon, some will be locked (randomly), some will be available for use. The smaller the loadout you pick at the start, the higher the drop rate of goods in the dungeon.

it's still in early beta. There are not that many monsters, the dungeon end bosses are too easy and repetitive. New stuff is being added at a promising pace.
A few of the weapons suck and it's frustrating at the very beginning when you have very few to chose from, to find "the good one" being locked for the next dungeon. A couple weapons are overpowered.

it's fun. It loads almost immediately. It's very nice visually, and if you select a higher difficulty than "i'm a big crying baby" it will give you a challenge. It's reasonably cheap.

If you have played Ziggurat 1, this game is substantially better. More fun, more balanced, less braindead kiting of hundreds of mobs that will never reach you, and absolutely does not have that mind-draining boringness the first one had.

Today, i *finished* Ziggurat 2.
I beat the campaign 3 times, got to the deepest depth, maxed all the gear, and yeah, it's got more difficulty levels, but it's just more HP to the mobs and thats it.

This was a very good game.

Just like old Doom, your primary skill will be dodging bullets that you cannot see. By which i mean, you will wade through the horde of mobs - because when they die, they drop XP crystals, which will despawn after too long, so you HAVE to pick them up - and there will be mobs behind you, and on your sides, and you will dodge their fire because you've learned their fire patterns.

This is by far the thing i loved the most about old Doom, so, if you liked Doom, then play Ziggurat.
Reactions: VirtualLarry
I

Reminds me more of Hexen. The colorful graphics are nice. FOV looks a bit weird. Hope someone releases a mod with real weapons. Magic/sorcery isn't my thing. That studio's 2.5D Pharaonic looks good. 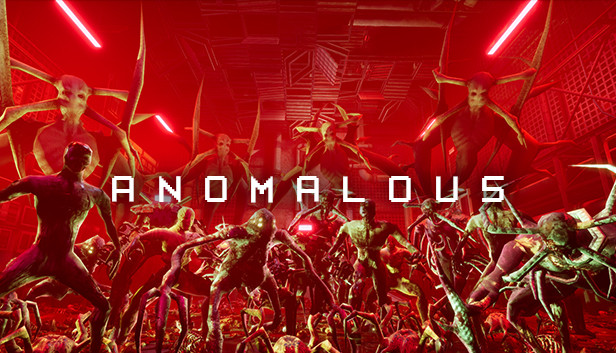