Anyone with an R9 5900X and a single-fan Noctua cooler that can share his/her experience regarding temps and noise?
This cooler is not a typical vertical one but the fin stack and fan are parallel to the motherboard. It's handling a 3700X very well currently but I'd like to upgrade to a 5900X and don't know if I should also consider changing to a thicker cooler with two fans.

My case is well ventilated with six 120/140mm fans (3 intake, 3 exhaust). So will the C14S be enough? Will it work but be too noisy? (currently I use the silent profile in Bios and can't hear it, which is how I like it ) 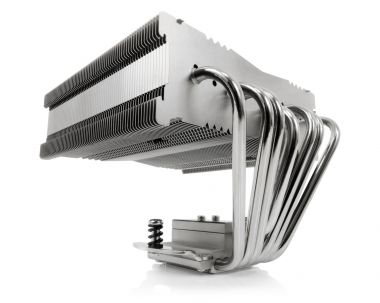 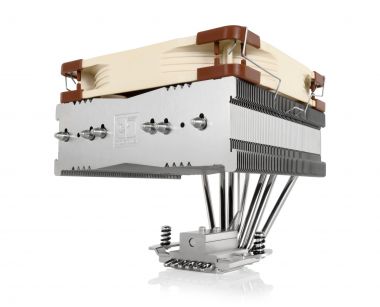 DrMrLordX said:
You may need to ramp up your fan. A 5900X can pull more power than a 3700X @ stock (142W vs 88W, to be exact), so while I think the NH-C14S could possibly handle that heat load, it's going to require more airflow, and you may get higher temps anyway.
Click to expand...

So this cooler being a Noctua with 6 heatpipes will be able to dissipate enough for a 5900X kept at stock settings, but to do so it will need to ramp up the fan, which may or may not be quiet enough for my ears. Is this the correct conclusion?

Subjectively speaking, would you run it with this cooler or buy something bigger? I would need to change the case too, since for a D15 it would need a centimeter more width.
0

You could still reduce the 5900X's TDP/PPT or use eco mode if your Noctua can't handle it otherwise. I guess the real question is how much performance you want to get from 5900X.

According to Noctua's own compatibility chart NH-C14S is perfectly suitable to stock 5900X but gives "low turbo/overclocking headroom" beyond it:

moinmoin said:
You could still reduce the 5900X's TDP/PPT or use eco mode if your Noctua can't handle it otherwise. I guess the real question is how much performance you want to get from 5900X.

According to Noctua's own compatibility chart NH-C14S is perfectly suitable to stock 5900X but gives "low turbo/overclocking headroom" beyond it:

As long as you disable PBO (or turn on ECO mode), that cooler will be plenty (and still be quiet). Not to mention, many motherboards default to high energy settings like "multicore enhancement", which push the CPU higher/longer, so make sure that sort of thing is disabled if you want quiet.

If you don't, you'll likely hear the fan having to run at higher RPMs to cool when the CPU is constantly boosting to hit it's maximum speed.

Even my Ryzen 3700X with Asus motherboard defaults pushed the CPU temps too high. Once I disabled the things I mentioned above, it made a massive difference in temps/power will only slightly lower maximum performance (only noticeable in synthetic benchmarks).
0

UsandThem said:
Even my Ryzen 3700X with Asus motherboard defaults pushed the CPU temps too high.
Click to expand...

Bear in mind that may be more to do with the motherboard OEM feeding false power readings to the CPU to make it pull more power (see: Power Reporting Deviation under HWiNFO64). Most motherboard OEMs don't actually default to "legit" methods for increasing power draw on AM4.
0
C

Reporting back after upgrade:

The temps are not that bad around 80C in Handbrake in a 24C room.
The only warning I see is about that 89C high on CCD1. Do you guys think that's a problem?

I've cleaned the existing paste and applied fresh Arctic MX-5 (that's what I had available on-hand). Can't be worse than the one Noctua supplies with their coolers, right?

Also, a big Thank You! to everyone that replied to my thread.
0

Try a different benchmark, like CBR23 or Blender Benchmark. handbrake can scale with cores to a point, but it isn't infinite, nor is it necessarily uniform. At the very least this would help us determine whether you have some uneven contact between IHS and HSF.
0

If you have turbo PBO enabled, temps will go up. No matter what cooler. Even still, it might up the voltage a lot when stressing only few cores and cause temperature peaks.
Last edited: Saturday at 7:24 AM
0

Chicken76 said:
The only warning I see is about that 89C high on CCD1. Do you guys think that's a problem?
Click to expand...

You can always change the priorities of the power management and limit maximum temperature to one of your choosing, making temperature the first limit reached. Modern CPU's boost algorithm maximizes clocks until one of the following conditions is met (mentioned bellow int he most likely order):
If you lower your target temperature setting (to something like 80c or 85c) what happens next is the CPU will still boost as high as it can, but only until that temperature threshold is met. After that clocks go down gradually to keep temperature from exceeding the threshold.

The end result is you'll still see the CPU reaching that PPT limit of 142W, but not indefinitely. Instead, after boosting for a while as high as it can, package power will go down a bit. This great since you get the best of both worlds, maximized clocks for burst loads and steady temps for heavy & continuous loads.

It also simplifies the steps needed to configure your cooling, since you have 4 easy steps to follow:

Reporting back: I've ended up setting ECO mode because summer is here and the room is already at 25C and now the fan is very livable with.
But I have a couple of questions:

1. What does "Performance Enhancer" do? (see pic below) It was on Auto and I've set it to Default, suspecting Asus may try and push the CPU a bit over spec.

2. What is "Core Performance Boost"? Is it the equivalent to Intel's SpeedStep?

3. I've also another RAM related question but I've posted it in the Memory and Storage section here:
https://forums.anandtech.com/threads/xmp-settings-not-applying-correctly-on-asus-am4-board.2604146/

Thank you for all the help you guys have provided so far.
0

https://www.reddit.com/r/Amd/comments/kjwubn
Leave that active (use the default setting).

As for Performance Enhancer? Apparently this is an Asus "EZ" way to activate PBO, so disable it just to be safe. Auto/default should be "disabled" but you might want to disable it manually to be on the safe side. Pretty sure the auto/default setting will let you turn it on/off with Ryzen Master.
You must log in or register to reply here.
Share:
Facebook Twitter Reddit Tumblr WhatsApp Email Link