Discussion Linux/BSD distros to try before die and why

Based on your practical experience, which Linux/BSD distro(s) must I use before I die and why?

Why do you ask? Maybe knowing your needs and experience will result in some helpful suggestions.
I

I'm just asking because I don't want to miss out on some exciting new user experience that has slipped under my radar because well, I'm not really a Linux person. But if there is a distribution out there that doesn't require me to run commands in the shell frequently and offers great free software including the ability to run a lot of Steam games, I would sure like to know about it.

'new and exciting' - I can't help you there I'm afraid. I migrated to Linux in 2018 from Windows 7 because I don't trust Microsoft to eventually either lock me into signing in with a Microsoft account, storing my data in their cloud, etc, or to make my life sufficiently tedious to effectively 'require' me to do things their way. There's also the fact that MS's Windows strategy seems to be 'copy Apple', and I've never been happy with Apple by any metric. In that event, I didn't want to have to pick up Linux and pursue a potentially aggressive learning curve out of necessity and short notice, so making the jump so I can learn at my own pace seemed like the better choice (plus I want to give my customers the choice of Linux rather than Windows).

TBH I can't think of anything particularly new and exciting I've ever experienced in the realm of desktop operating systems. The biggest game-changers IMO were: My move to Windows NT4 from Windows 9x and the seemingly miraculous difference in stability, and perhaps SuperFetch in Windows 7 that basically cut app start times for say Firefox or OpenOffice in half. SuperFetch spurred my virtually immediate migration from XP to Win7 around 2009/2010.

When choosing a Linux distro these days, my main priorities are can it do what I need to do on it and does the UI work in a manner agreeable to my personal preferences.

I've flirted with Linux many times in the last two-and-a-bit decades, but speaking for my 2018-to-present experience, Linux (mostly Ubuntu derivatives) doesn't require much in the way of command line interaction. The OS installation is entirely GUI based, app installation is usually entirely OS based (though to ideally install print/scan software I needed a few commands and config file work), and apart from that I'd say the regular commands I use are:

ncdu (because I don't have a Linux version of WinDirStat, which provides a graphical breakdown of disk usage in a folder structure).
radeontop (AMD GPU hardware usage)
iotop (disk usage throughput)
I use these maybe once a fortnight.

I started with Lubuntu 18.04 which was pretty satisfactory, switched to Lubuntu 20.04 to get continued security updates and I wasn't particularly happy with that version, switched to Kubuntu 20.04 and was mostly satisfied with it until MTP inexplicably stopped working. I'm playing around with Debian with a KDE front-end and maybe I'll switch to that.
I

How is Debian better than Ubuntu and its derivatives? I've heard that it's pretty good for scaring away Linux newbies. Also, since making the switch, how have you dealt with running Windows applications that don't have a suitable Linux alternative?

igor_kavinski said:
How is Debian better than Ubuntu and its derivatives? I've heard that it's pretty good for scaring away Linux newbies. Also, since making the switch, how have you dealt with running Windows applications that don't have a suitable Linux alternative?
Click to expand...

Linux alternatives to Windows applications: Prior to the migration I was already running Firefox, Thunderbird, Sunbird, and LibreOffice for my day-to-day stuff so my bread-and-butter was mostly natively catered for. I also have a Microsoft Access database that (when I have spare time) I'm steadily porting to a php web-based system. Other than that, I have Windows games and Xara for graphics design. Some apps I traded up such as the Windows scanning software (wiaacmgr) and Epson Scan, for Linux alternatives.

Gaming - I dual-boot with Win10 and just run my games there in the vast majority of circumstances. Some people do their gaming in Linux in various ways but I haven't done much investigation there, I've tried to keep things as simple as possible. Xara and MS Access - I have a Windows 7 virtual machine in Linux. I could run certainly MS Access with Wine but when I tried it the fonts weren't exactly tip-top and considering it's my company database I'm not going to risk some potential weird Wine bug with company-critical data.

Debian / Ubuntu - some things do my head in about Debian, like why on earth do I have to configure sudo myself when Ubuntu does it for me. I also wasn't impressed that a key library to allow the ideal Epson print driver to install is present in Ubuntu but not in debian (and can't be installed in any official way, hack jobs at best). I think Debian will be slightly more of a PITA at times, but I'm hoping that it's more thoroughly tested and maintained than say Lubuntu or Kubuntu; I have a sneaking suspicion that the Lubuntu / Kubuntu devs do not eat their own dog food. One other reason IMO to migrate to Debian is that Ubuntu 20.x uses a system called 'snap' to install and update software, and while I understand it has some advantages about quick roll-outs and things, it seems to me that performance is where it sucks. For example, Chromium installed on my (quad-core Haswell) home PC in Kubuntu 20.04 cold-starts slower from SSD than it does in Debian 11 through a dual-core virtual machine with the VM file hosted on a 5400RPM HDD in my PC. IMO that's an astonishing trade-off for anyone with at least half a functioning brain to make. After it starts it's fine, but when cold-starting it's almost like running apps from a high-compression zip file rather than just storing it in the native file system. The fact that the debian devs seem to understand that and so they avoid it means they and I are a lot more likely to park our cars in the same garage.

Debian still has a graphical installer and you choose which graphical environment you want to use, so I think there's a reasonable chance (possibly as reasonable) as Ubuntu in that a newbie user doesn't necessarily ever have to drop to the command line to get stuff done. While I regard myself to be a Linux newbie, I have flirted with Linux many times in the last ~20 years before my migration in 2018, and perhaps I sell myself short. One thing I'm absolutely sure of though is that I know way more about Windows than I do Linux

Maybe I'm asking too much from an OS. Win7 for me was almost perfect but it had some issues, like the user's Downloads folder taking notably longer to open than other such 'special' folders. IIRC Win7 also had a tendency to temporarily forget its power saving settings. If Win7 was supported forever with security updates then there's a good chance I'd still be using it, but generally speaking I'm of the view that in my line of work I need to look forward and a certain amount of branching out is good for me. I also don't think I have much left to learn about Windows that's particularly pertinent to my work, so I'd be treading water (in terms of a learning curve) if I migrated to Win10/11.

IMO if you're thinking of dipping your toe in Linux then Ubuntu (or one of its flavours) is a perfectly fine place to start. It might be completely satisfactory for your needs. I'd start by playing with it in a virtual machine if I were you. I personally detest the main Ubuntu UI (hence I use Kubuntu), but I seriously doubt everyone does.

The one thing I'd never advise anyone regardless of which OS they were migrating to that "don't worry, it'll be fine!"; I'm not a fanboy of any OS. You will I'm sure experience some discomfort in the process, but whether it's desirable or necessary for you, I have no idea. I'm happy to give advice to newbies.
Reactions: igor_kavinski

I think each software package of Debian has a designated person mainaining it. Ubuntu does not.

You probably won't find Linux that doesn't require you to use command lines. Well, probably Chrome OS (Flex) from Google.

An interesting OS called HoloISO based on SteamOS 3 (which is based on ArchLinux) just came out. AMD only. Didn't test. Don't know if it fits your bill. 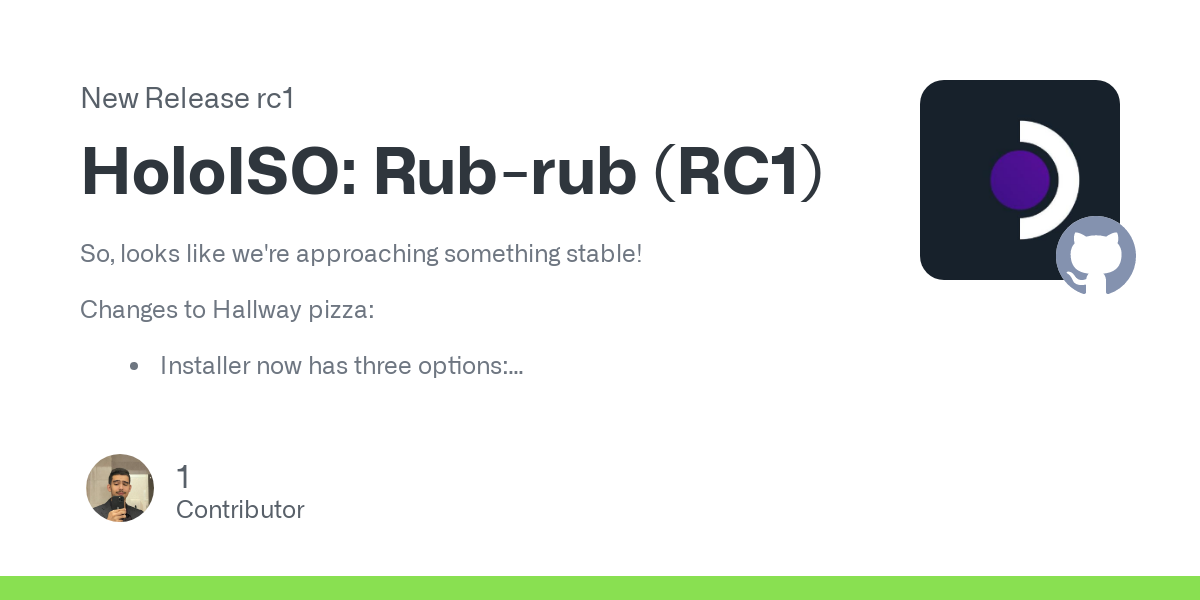 Bodhi uses a fork of the Enlightenment desktop. It's pretty light, and retrofuturistic. Lots of ways to customize, but a little confusing imo. It's worth a try for something different to play with. Bunsenlabs is a continuation of Crunchbang. It's basically debian stable with a preset openbox environment. Both are good choices for keeping old computers running.
Reactions: igor_kavinski
I 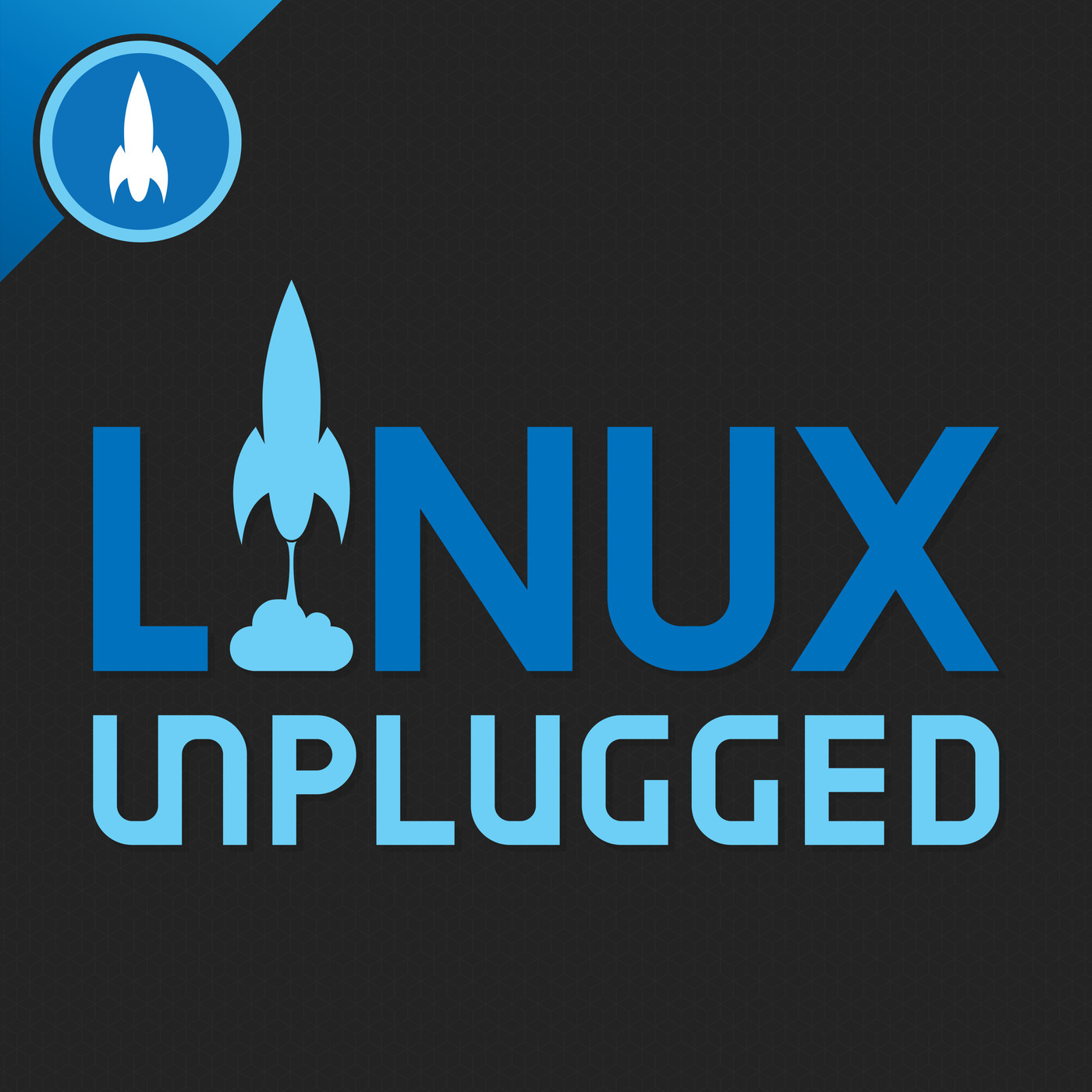 The Little Distro That Could

The lightweight distro that stole our hearts, the four of us each try out a different contender and come away with what we think will be the leanest and meanest distribution for your PC.