Are you into laser pointers?

I bought a couple of cheap laser pointers some years ago. Both kaput now. They included a pen (i.e. you could write with it if you wanted), were 650nm wave length (red), and used 3x LR44 alkaline cells. Said on the sticker that they were <5mw power.

I found these useful for touring the house, e.g. with friend or contractor, you can point to something and they see what you're referring to.

Well, in realizing today that the LR44 cells I bought in 2005 are sketchy at best or useless, I bought some cells and looked into laser pointers.

A thing is, green pointers (usually 532nm wavelength) look brighter because the human eye perceives green light better than, say, red or violet... or blue. So, most people would get a green laser pointer. However, I'm not most people. In fact I'm "color blind." Not totally. I have deuteranopia, meaning I'm missing the green cones in my eyes, it's hereditary. So, I figure maybe a green pointer isn't the best idea for me. So, I bought a set of red pointers, 650nm, like the last ones I had. They are cheap, supposed to be 1mw, but a video I just watched tested a red, a green and a blue one, all of which look like the ones I bought and the blue was 27mw, the red was 57mw and the green emitted 79mw! Not to be messed around with. These all use 2x AAA batteries. I see a lot for sale on ebay that use rechargeable 18650 lithium batteries. I figure I prefer the AAA idea, already having eneloops. 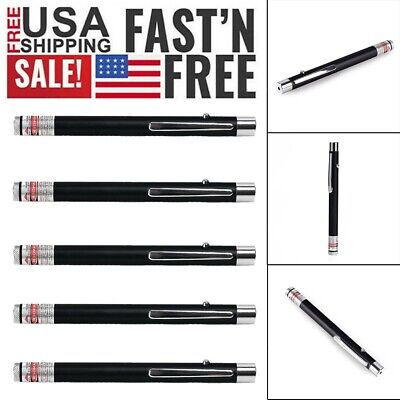 The hidden dangers of cheap green dangers (unsure how relevant this is to my cheap red ones, but probably is):

I have a 405nm 20mW blue laser pointer “module” for fluorescent minerals. It has to be sold as a separate laser head and power source as the US has a ban on overly enthusiastic laser pointers. It is impossible to use safely unless everyone is wearing laser goggles, reflections everywhere. It sure lights up the minerals though.
Last edited: May 9, 2021

Here's where I'm confused. I watched the video I linked above in my 2nd post where the guy explains options for safety with cheap laser pointers, I think he focused (sorry) on green. He demo'd a 532nm single wavelength pointer along with one that isn't so narrow wavelength. He said the cheapest safety precaution is using an infrared filter.

I don't get why there's a concern, and the problem is obviously mine, I don't understand the issues. I'm not clueless, I was a physics major for freshman and sophomore years at the U. But at the time, lasers had just begun to emerge from the labs, they didn't know a lot, in fact AFAIK they were all the same frequency then!

But infrared? What's the issue? A fireplace gives off infrared. Now ultraviolet, yeah, I get that's bad radiation.

So, my question is, as long as you don't point one of these laser pointers in someone's eyes (or at something long enough to damage it) how are they dangerous?