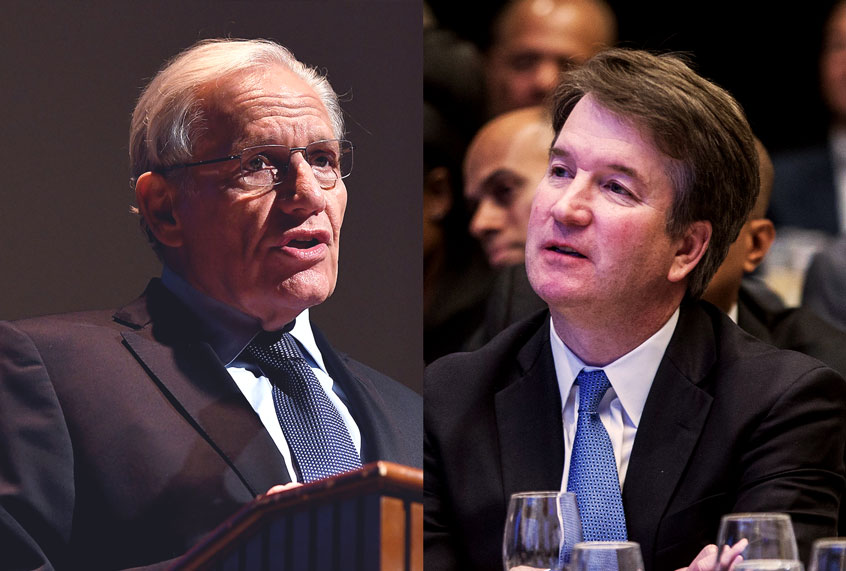 Could be just another self serving pol. Naw, couldn't be.

The Obama administration willfully screwed the pooch when they didn't run a truth commission on the Bush administration. Kavanaugh's White House record was successfully buried during his confirmation hearings.
Reactions: ch33zw1z
I

Yes, that the othe side of this story. Why did the WAPO kill it.

hal2kilo said:
Yes, that the othe side of this story. Why did the WAPO kill it.
Click to expand...

Because if they out sources it'll harm their rep (meaning people would be less willing to talk to them if they knew there was the possibility of being outed).

I'm kinda confused. So Kavanaugh was supposedly one of the sources for the book he was writing (or wrote) and then he wrote disputing it (which I'm not sure when that all took place)? And so Woodward was then going to out him as the nomination situation blew up?

Seems the dispute is that some believe he should've outed him as supposed proof that he lies as part of the insight into his character during his nomination stuff, but did they have actual evidence absolutely proving that, or was it just "he is now claiming he didn't say something back then, which was never even attributed to him as he was an anonymous source" because that wouldn't have accomplished jack shit and I'm not entirely sure what relevance it fully had for the nomination unless they could 100% prove he'd lied. Even then I'm not sure it'd matter (not just because we saw that much more serious allegations didn't matter either). It would've had to be a pretty significant lie as well.
Reactions: hal2kilo and dank69
T

Not to derail this thread in any way, just wanted to mention the one last word after all is said and done about Kavanaugh: McConnell.

As far as McConnell was concerned, there was nothing in the world that was going to get in the way of Kavanaugh's greased skids to the High Court.
Reactions: hal2kilo, soundforbjt, Perknose and 1 other person

hal2kilo said:
Yes, that the othe side of this story. Why did the WAPO kill it.
Click to expand...