I suspect that the current leadership is predisposed to the line of thought that manufacturing is a commodity. As a recent example, they financed buybacks by selling their NAND flash IP & fabrication facility. In what world are share buybacks more useful than SSDs? Secondly, their R&D spending has been decreasing or stagnant for multiple quarters now.

If they go this route it will at least render Intel's manufacturing offspring irrelevant in a decade's time. They will never be able to raise enough capital to compete: who wants to invest in a high-risk business like semiconductor manufacturing? Governments, apparently. That's why recently only state-supported enterprises venture there. TSMC has had sensible support from the Taiwan and Samsung Electronics has long been South Korea's poster child. The EU announced large plans for revitalizing their own semiconductor manufacturing ability. And now SMIC is on the horizon. I can see wanting to get out of this market because you'll have to do better than companies given generous support. But Intel shouldn't forget their manufacturing brought them to such great heights.

Possibly Intel survives but their designs are so far behind that I see ARM+Nvidia beating x64 in basically all markets that are not focused on backwards compatibility. In that market they will have fierce competition from AMD.
Last edited: Jan 2, 2021
Reactions: moinmoin
0

guidryp said:
Divestiture doesn't offer any advantage for an actual Intel turnaround, it just presents an opportunity Vulture capitalists to make some money placing bets on the breakup.
Click to expand...

To me the oddest part was that in the same document they warned against being more dependenant on East-Asia and their fabs. Gee i wonder what happens if they go the divest route
Reactions: Thunder 57
0
E

I wouldn't be as pessimistic about this hedge fund as many seem to be. The guy doesn't seem to have a history of buying out companies just to milk them try. Look at this piece from October.

If that's the same attitude he takes with Intel, it will be a marked improvement over the last few years.

Also, worth noting that his language about the fab spinoff is somewhat muted compared to the headlines. He suggested that Intel hire someone to evaluate such options, not suggested they pursue them outright. It makes sense if one assumes that Intel's never seriously considered it before.
0
B

UsandThem said:
History has shown there has been multitudes of leaders that had one good run over a short period of time, only to show they were simply lucky to be in the right place at the right time.
Click to expand...

Yes like when your biggest competitor has completely dropped the ball. Let's not forget Intel is at least in gaming and mobile still somewhat competitive compared to AMDs bulldozer days where it simply made no sense whatsoever to buy such a CPU.

And with Turing and Ampere NV has somewhat dropped the ball as well.


Gideon said:
This means that she is less likely to encourage:

So true, especially the power games which makes it hard to trust any of the stuff they say. You never know if it's the truth or they are just playing a game with you or one of their competing managers.
0

ondma said:
She certainly has done a good job at AMD. It is really hard to judge though, since she started with a company that had a very bad product, so lots of room for easy improvements. She was also aided by the continual woes at Intel. If Intel had performed competently, they would have been on 7 or even 5 nm by now, and AMD products would not look nearly so impressive.
Click to expand...

AMD not "beating" Intel if Intel weren't in this mess is not the same as AMD doing the best it could.
AMD's Lisa is doing the best they could had done with the cards they had. Remember when the first goal at hand was to keep the company afloat? Not fold? I remember that before Zen (with the delay) I was believing that AMD would throw the towel, or maybe I wished, to see their suffering finally ending. Others would have succeed in overcoming this first goal? Of course it's not all Lisa's work, but she on her position as the head of the company played a fundamental role. We don't know the future but for now Lisa and her team deserves all the praise.

I know very well that Intel have more than enough people to create better products than AMD, but there's something missing there preventing Intel from crushing AMD.

For the looks of it it seems that even after the fab problem are fixed this mess of management will continue holding Intel back.
Reactions: Tlh97 and NeoLuxembourg
0

Panino Manino said:
For the looks of it it seems that even after the fab problem are fixed this mess of management will continue holding Intel back.
Click to expand...

Intel, as a near CPU monopolist, got used to extracting huge margins from every product space, they got used to doing the minimum and extracting the maximum value. They also forgot Andy Grove's paranoia mantra.

Now at every turn they struggle to let go the big margins, and they struggle to do more, and expect less, that is required if they are to be more competitive of being in the new reality of having solid competition.

I wouldn't blame management entirely, who's hands are somewhat tied as publicly traded company, hamstrung by their shareholder expectations.

The healthy response to a resurgent AMD was for Intel to cut dividends, stop stock buybacks and double down on R&D investment, fab expansion, cut margins and reduce artificial product segmentation to maintain market share and mind share.

But that would significantly and quickly in erode profit margin, thus angering shareholders.

So instead Intel fights a holding action, gives better short term results for the stock, but worse long term result for the company.

It really seems like Intel needs even more severe outcomes before it starts acting like it has serious competition again.

Note, that there are a lot more appropriate actions for Intel than divesting Fabs.
Reactions: Tlh97, gdansk, chrisjames61 and 2 others
0
F

seems like these guys are still deciding... https://www.bloomberg.com/news/articles/2021-01-08/intel-talks-with-tsmc-samsung-to-outsource-some-chip-production
0
J

Not buying the 7 nm equipment doesn't mean they have to or even will spin off the fabs.
0
B

I'm not too big of a fan in outsourcing tech stuff even in non-tech companies. Best example here being most of IT stuff. You loose all the tech-knowledge in-house which also makes it impossible to make sane decisions what providers to pick. And switching providers is much more costly than firing a bad employee. Therefore providers only have to offer good-enough service that you don't switch usually at way too high cost.

Now if a tech company starts to outsource their main tech, it simply can't end well. Intel has always been a fab company first and it's not comparable to AMD. Intel is just so much bigger in terms of wafer volume. Intel advanatge has always been process and not chip design. Outsourcing fabs will mean intel needs to transform into a chip designer company. And ask yourself this. If you are a top notch chip designer, would you prefer working for Apple, AMD, Nvidia, some ARM startup or Intel?
Reactions: teejee
0

I don't agree that Intel is all process. Its certainly played a role in their competitiveness, but its hardly the only thing.

Which, I think separating Intel might actually work. There's clearly some issue where the fab and chip design stuff just are not working together like they used to. Splitting would mean the chip design side isn't beholden to the process side, and can dump a very costly aspect without the albatross of them not using their own manufacturing. And I think being limited to Intel is also limiting quite a bit for the fabs (yes I know they allegedly opened to fabbing for others but it wasn't the same as them offering their cutting edge process for cutting edge chips that being split would; heck a laptop or desktop class ARM chip looking similar to the layout of the M1 but with 8 large cores would probably be pretty good today). Plus I'd guess quite a bit of the older manufacturing could be transitioned to cutting edge development of other things (interposers and the like that would enable these 3D chiplets).

Although I think the thinking on the split is more that as showdowns with China become more pressing, that there could be demand for chip production elsewhere and so there could be quite a bit of potential in an unfettered fab company. Pretty sure they could get a lot of money from the US government for process development (Europe is spending almost $150billion for chip process development) so I'm not sure that's a big issue for the fab company. It also could be a potential play to give TSMC a relatively quick way of diversifying outside of Taiwan; pretty sure there'd be some bidding between TSMC and Samsung for Intel's fabs, and there likely would be some others (Apple, Tesla, maybe Amazon, or maybe a partnership of different companies would, where they'd share process development costs).
0
T

What they need to do is kick Swan out. Keller being forced out should have been the last straw.
0
P

What they need to do is kick Swan out. Keller being forced out should have been the last straw.
Click to expand...

How do you know Keller was forced out?
0
O

positivedoppler said:
How do you know Keller was forced out?
Click to expand...

The fact that he has not accepted another position, may give some credence to the stated reason that it was for personal reasons.
0
H

ondma said:
The fact that he has not accepted another position, may give some credence to the stated reason that it was for personal reasons.
Click to expand...

He is now the president, CTO, and a member of the board of directors at Tenstorrent.
0
E

ondma said:
The fact that he has not accepted another position, may give some credence to the stated reason that it was for personal reasons.
Click to expand... 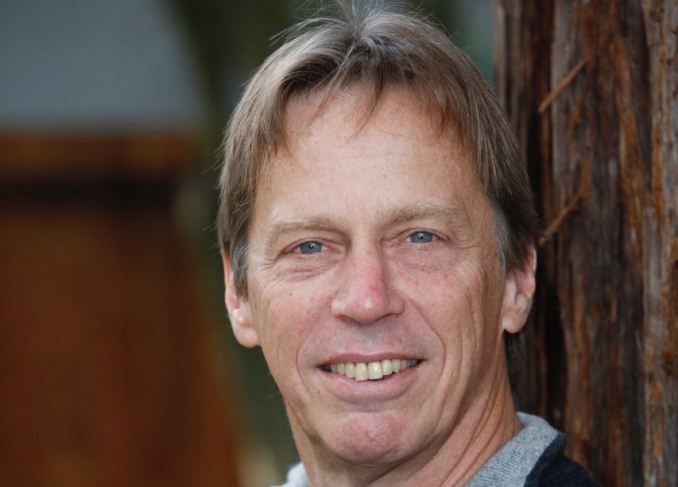 Jim Keller Becomes CTO at Tenstorrent: "The Most Promising Architecture Out There"

Jim Keller Becomes CTO at Tenstorrent: "The Most Promising Architecture Out There"

Wasnt aware of that. I basically gave up on Anand Tech a long time ago, except for the forums.
0
J

ondma said:
Wasnt aware of that. I basically gave up on Anand Tech a long time ago, except for the forums.
Click to expand...

There were rumors soon after he had left Intel that he had accepted a new gig. We just didn't know where. Whatever contract/non-compete/etc he had with Intel probally expired at the end of the year which is why he is starting only now.
Reactions: beginner99
You must log in or register to reply here.
Share:
Facebook Twitter Reddit Tumblr WhatsApp Email Link