So, I recently picked up a couple of RX 5600XT cards, refurb, @ Newegg for (relatively) cheap(er). Like the sole review said, these were shipped with the original 12Gbit/sec BIOS. There are now some update flashes with the 14Gbit/sec GDDR6, and a TBP limit of 180W rather than 150W. (Single 8-pin connector).

Would like to flash. Downloaded all three various BIOS series revisions. Unzipped them. Clicked on the readme for VGA BIOS flashing, took me to their JPN site to download @ BIOS for VGA cards.

So, I installed that, ran it, said that I had F2 BIOS on my card (yet I have two installed, that may be messing up their utilities), I navigated to the F3 FLASH.BIN file, the @ BIOS program said that it flashed the card (in no time at all, suspicious, yes, I did "Run As Administrator"). Reboot, Voila, still @ F2.

I tried running the GVFLASH.EXE program (as admin), that came with the BIOS files that I had unzipped, I tried all three, they ALL said "wrong version".

Edit: It's this card:

I highlighted the model string, did a web search, and it brought me to Gigabyte's web site, with that exact card I believe, that had the three different BIOSes depending on which your card has.

I'm wondering, if their toools don't handle multiple cards in a PC, and I'll have to physically remove one, then then other, to flash. (This was recommended in a mining video.)

After playing with the flashing tools, both cards are down to 1.000MH/sec, the core-clock bug. It won't budge from idle.

Edit: Where I got the @ BIOS tool: 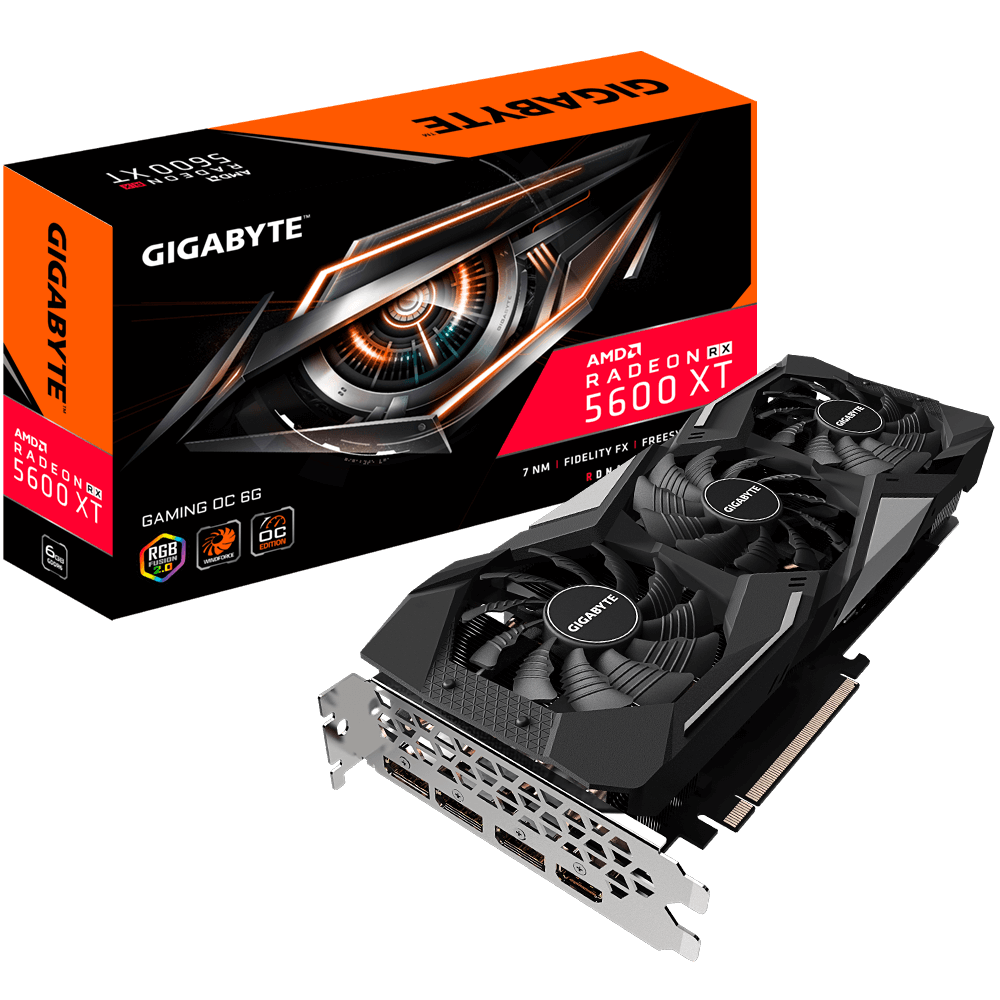 Ok, here's what worked for me. Each of three BIOS update downloads from Gigabyte, included their GVFLASH.EXE front-end, but they also included an AMDtool directory, with AMDVBFlash and AMDVBFlashWin.

Just running those as Admin, doesn't work. You need to go into the sub-directory under those, called "tools", and run InstAMDToolx64.exe".

Once that's installed, then you can go back up a few directories, and right-click "AMDVBFlashWin.exe", "Run as Admin", and it will work.

Be sure to backup your BIOS (worst-case), and be aware if your card has a dual-BIOS switch, which one that you are flashing.

Then load the FLASH.BIN file from the BIOSFILE directory, and click "Program". It will take maybe 30 seconds, then prompt you to reboot.

Oh, and before doing all of this, I reverted down to AMD Adrenaline 2020 drivers release 20.4.2, as it was recommended in a mining YT video for RX 5000 series mining. I used "Factory Reset" option when installing the drivers, which does a reboot after un-installing current drivers, and loads fresh settings.

Edit: Oh, and I read Steve from GamersNexus write-up on flashing RX 5600XT and 5700(XT) cards. Although he used the command-line utility version in his write-up.
Reactions: Shmee
0