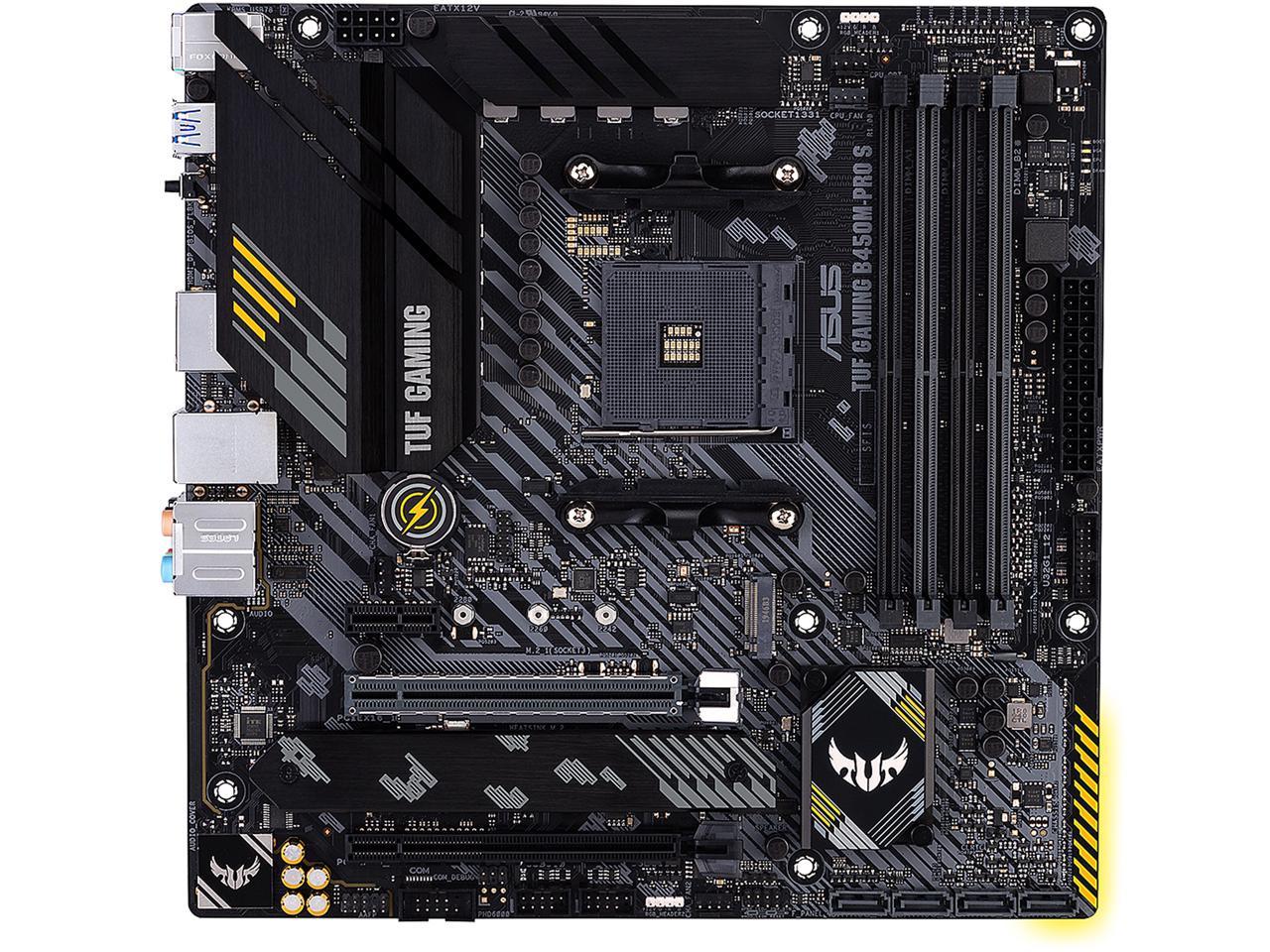 Looks to have very good features for the price imo, including two M.2 slots even though one is not 3.0 x4 speed.

If the VRM is good too it looks like a winner.
0

Yes, this may be my new go-to B450 board. BIOS flashback, and 2.5GbE (RealTek) rank pretty high on my desired features list. Decent VRM heatsinks, hopefully the VRMs themselves are decent? (I think maybe 8+2 or 8+4?)

Funny, looks like they just replaced the B550... Using the same PCB as the B500M-Plus https://www.asus.com/us/Motherboards/TUF-GAMING-B550M-PLUS

I am seriously considering getting a mATX board when upgrading to Zen3 so I can get a PCIE slot to a 10Gbe NIC, this one looks ok.
Reactions: DAPUNISHER
0

Sure would make a decent desktop workstation with a 3200G in there, for cheap, with 2.5GbE-T LAN.
0

It should go without saying, this was not in any way a sponsored thread, I was just very intrigued by the fact that some mfg was releasing NEW model B450 boards, AND they were including the 2.5GbE RealTek chip onboard, which was pretty-much the reasoning (well, that and PCI-E 4.0 to GPU and NVMe) for B550 chipset release. PLUS, this B450 has BETTER compatibility, overall, with Ryzen CPUs and APUs. Seems like a win-win to me, if you can "deal" with the LACK of PCI-E 4.0. (Boo-hoo, lower NVMe benchmark scores. Not that they matter all that much in the real world, unless you're 8K video-editing or running a VM server.)

I'm currently running an Asus B450-F ROG STRIX Gaming ATX mobo, on which the onboard 1GbE NIC died, so I have a Chinese-made RTL8125(B?) PCI-E x1 2.5GbE-T NIC onboard, that I'm actually using @ 2.5GbE, to a Microtik 4-port SFP+ switch, with 10GbE-T copper transcievers, of the brand that will successfully "step-down" to multi-Gig speeds like 2.5/5.0.

I'm not really all that happy with the B450-F ROG STRIX, I mean, it works, but I had to really "wedge" it into my case (because of my top-mounted water-cooling), if only my case were like 3-4 mm higher, I wouldn't have had the problems that I did mounting this thing.

The thing is, I have two GPUs, an RX 5700 as primary, and a GTX 1660ti as secondary, and if I used this Asus B450M-PRO S board, the two PCI-E x16 (physical) slots are two slots apart, so the cards would be bumping up against one another. I went through that with three ASRock B350M Pro4 boards, with the two-wide difference in the x16 slots, and some of my XFX RX 470 cards actually had rings etched in their backplates, from the fans hubs of the the other card wedged right next to it. To say nothing of extreme temps and difficulty cooling two cards that close together.

That's why I was hoping that they would also release an ATX board, with better slot spacing for two GPUs, and the dual M.2 slots, WITH the RealTek 2.5GbE-T NIC onboard. For around the same price or so of my B450-F ROG STRIX, more or less, give or take $10-15 for the 2.5GbE-T NIC chip. (I only paid $20 for the cards, shipped from China, so the actual NIC chip couldn't have cost all that much.)
0
T

I would not pay more for the B550 in this case because it seems basically the same board as this new B450... Realtek 2.5GBe should be pretty cheap by now, PHY is not that different than 1GBe.
0 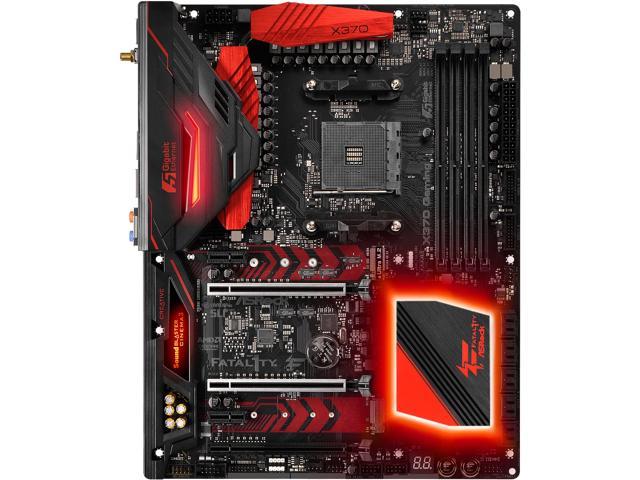 I actually decided to replace all three of my rigs mainboards.

These are ATX, which I prefer, and they have the proper slot-spacing for dual GPUs (triple GPU even, if you use a case with 8 expansion slots... of which I saw a recent Rosewill case for $55 that had 8).

Was this a mistake, to block me off from running Zen3 CPUs (in theory - they could perhaps offer a beta AGESA BIOS, if they are already doing one for B450 / X470).
0
T

It's not a bad board as it shares most of the design with the X370 Taichi but I think Zen 3 support is important. They will at some point release lower cost Zen3 models and you'll have no way to make them work... Unless some AGESA modding is possible.
You must log in or register to reply here.
Share:
Facebook Twitter Reddit Tumblr WhatsApp Email Link