Attacking AOC for correctly describing the events in Bolivia clearly shows the prejudice driven willful ignorance of the OP.
Reactions: Amused, gradoman, ch33zw1z and 2 others
J

woolfe9998 said:
Read that thread and about a dozen articles on the Bolivian election. I still can't make up my mind if there was electoral fraud there or not. Morales was well ahead in pre-election polling. However, the OAS issued a detailed report saying there was manipulation of computer data and numerous other irregularities. Not sure about OAS - read its history and they seem to be currently non=partisan - but don't know if there is a bias at work there or not. My best guess is that there was some fraud but Morales would have won without it. But even that I'm not entirely certain of.

In case anyone hadn't noticed, whether we call this a "coup" or not is semantics. The critical issue is whether there was electoral fraud because the actions of the military can only be evaluated in light of that.
Click to expand...

Except Morales had already agreed to new elections. Why overthrow the govt if you already have what you say you want? It doesn't pass the sniff test. It remains to be seen if the new leadership will even hold elections.
M

Meghan54 said:
Damn, you really don't like women in power, do you? Dumb broads, stupid broads. Any other snarky, sexist tripe you care to heap upon them?
Click to expand...

Par for the course

totally not doing a coup

https://twitter.com/i/web/status/1196132575913398273
It's not a coup because many of those voters were indigenous non-Christian Bolivians, and therefore illegitimate.

It's funny that the dictator talks about "faith" and how Morales imposed secularism...is she forgetting that it was the Spanish that imposed her "faith" on the indigenous in South America? Sigh...
Last edited: Nov 18, 2019
Reactions: hal2kilo and KMFJD

definitely not doing a coup

UNCjigga said:
Unless and until the authorities (military/police/senate) announce new elections, the coup is a coup. I think their Senate leader just declared herself President (according to laws of succession) despite not having the quorum present to approve it. Would probably be in the best interest of the country to announce elections within 90 days.
Click to expand...

Well, yeh, but they need to lock up the opposition before the election, obviously-

As indigenous-led protests against the military coup that ousted Evo Morales continued in the streets of Bolivia over the weekend in the face of violent repression by police forces, the government of self-declared Interim President Jeanine Añez on Sunday announced the creation of a "special apparatus" to arrest elected lawmakers from the majority Movement for Socialism party.

"Bolivia is living through a violent, regressive, completely undemocratic power grab. All governments must sever relations with this illegal regime."

The police & the military were like totally helpless to stop right wing mobs from burning things but they know just how to deal with the opposition. They suddenly remembered that they have the guns. But it's not a right wing coup. Couldn't be.
Reactions: KMFJD and Meghan54

Military deposed the president and is backing a self appointed minority leader's purge of the majority party. Looks extremely coup-y to me.
Reactions: soundforbjt, Vic, KMFJD and 1 other person
M

K1052 said:
Military deposed the president and is backing a self appointed minority leader's purge of the majority party. Looks extremely coup-y to me.
Click to expand...

It's priceless seeing some posters here navigate the Venezuelan and Bolivian realities while trying to stay consistent. Coup, not a coup. Not a coup, coup. Ha. 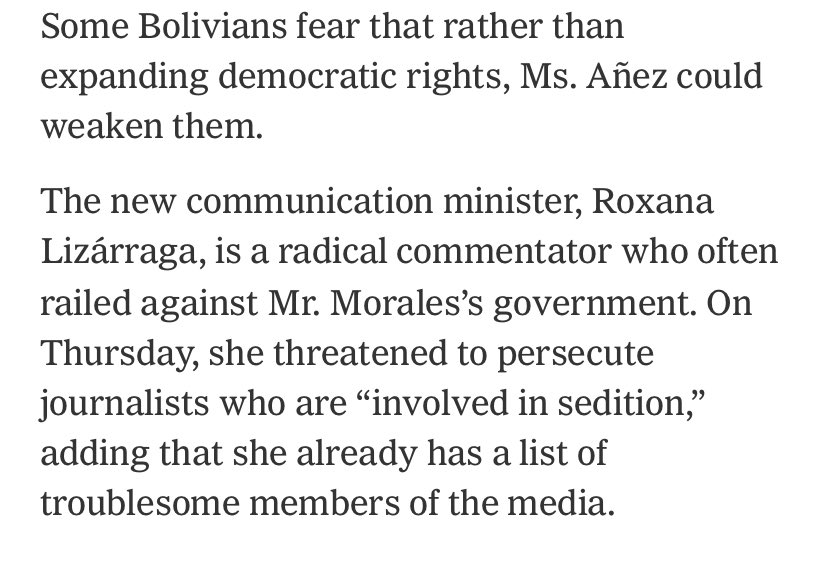 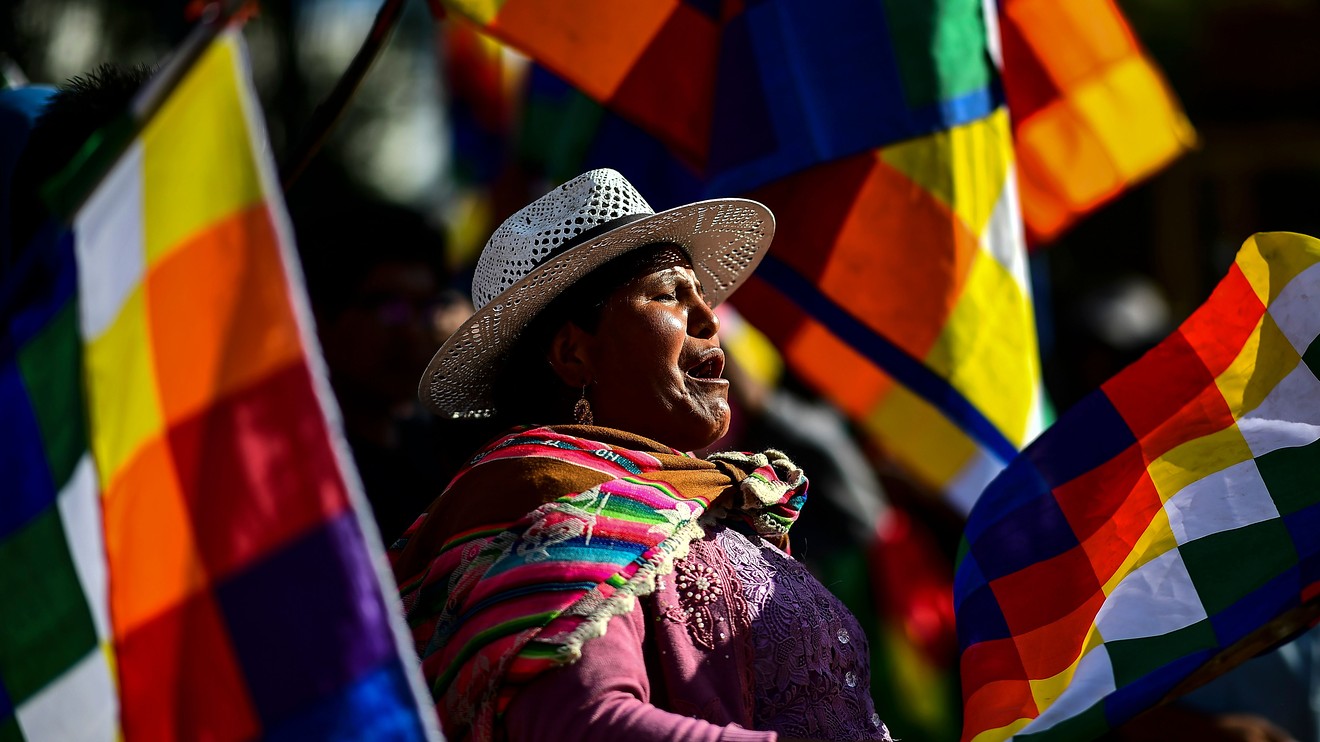 Opinion: The OAS lied to the public about the Bolivian election and coup

The Organization of America States lied about supposed irregularities in the Bolivian election. It’s not the first time the OAS has helped overturn a popular...

what? no way!
Reactions: Blackjack200

I gave Bernie shit earlier in this thread, but I have to admit, he's been much better than expected, and worlds better than any other candidate. Standing up to Jorge Ramos was amazing.

Opinion: The OAS lied to the public about the Bolivian election and coup

The Organization of America States lied about supposed irregularities in the Bolivian election. It’s not the first time the OAS has helped overturn a popular...

Not to mention that the U.S. supplies 60% of its budget. But the OAS has horribly abused its mandate in election monitoring before, helping to reverse election results as the U.S. and its allies wanted: most destructively, in 2000 in Haiti; and also in the same country in 2011.

So a US backed organization released a false report that destabilized a country after democratic elections. Waiting for all the Russia freaks to come down hard on this.
Reactions: soundforbjt and KMFJD

Blackjack200 said:
I gave Bernie shit earlier in this thread, but I have to admit, he's been much better than expected, and worlds better than any other candidate. Standing up to Jorge Ramos was amazing.
Click to expand...

Marianne is the most prog candidate.

Christo-Fascism just seems to keep happening recently. Can't quite figure out how or why. ;colbert;

Good review of biased US coverage on the coup.

Editorials read as though it were a settled fact that the Morales government stole the election, though there’s a paucity of evidence to believe that that’s what happened.