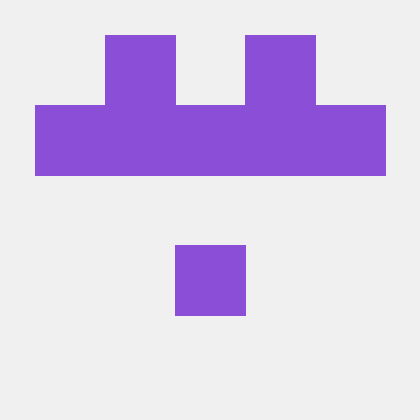 AVX2 was previously only partially supported. 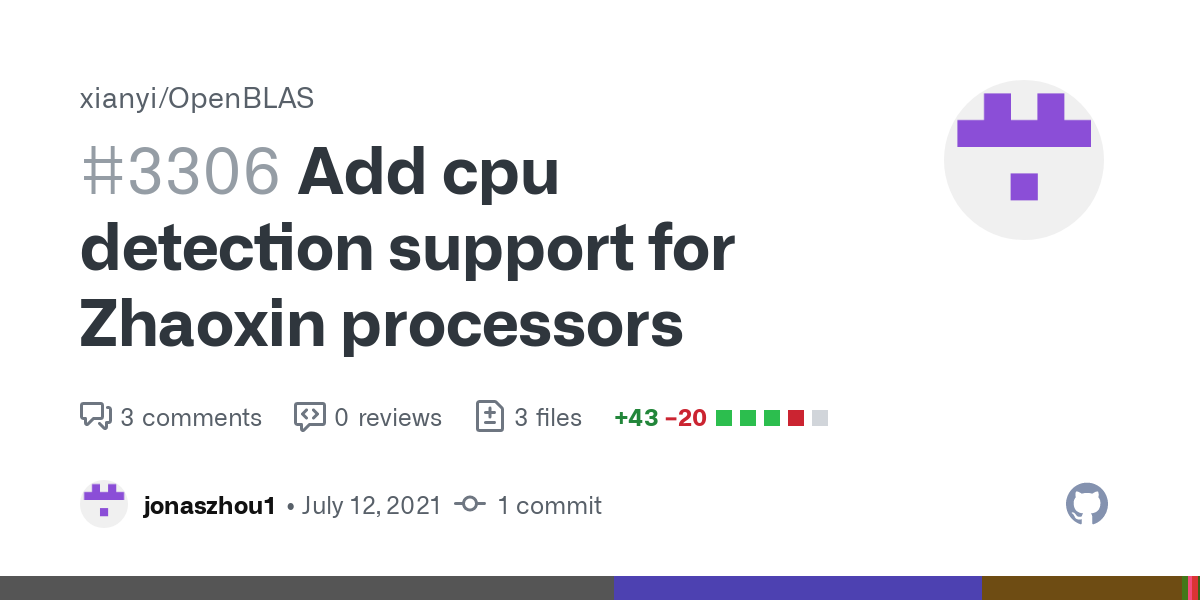 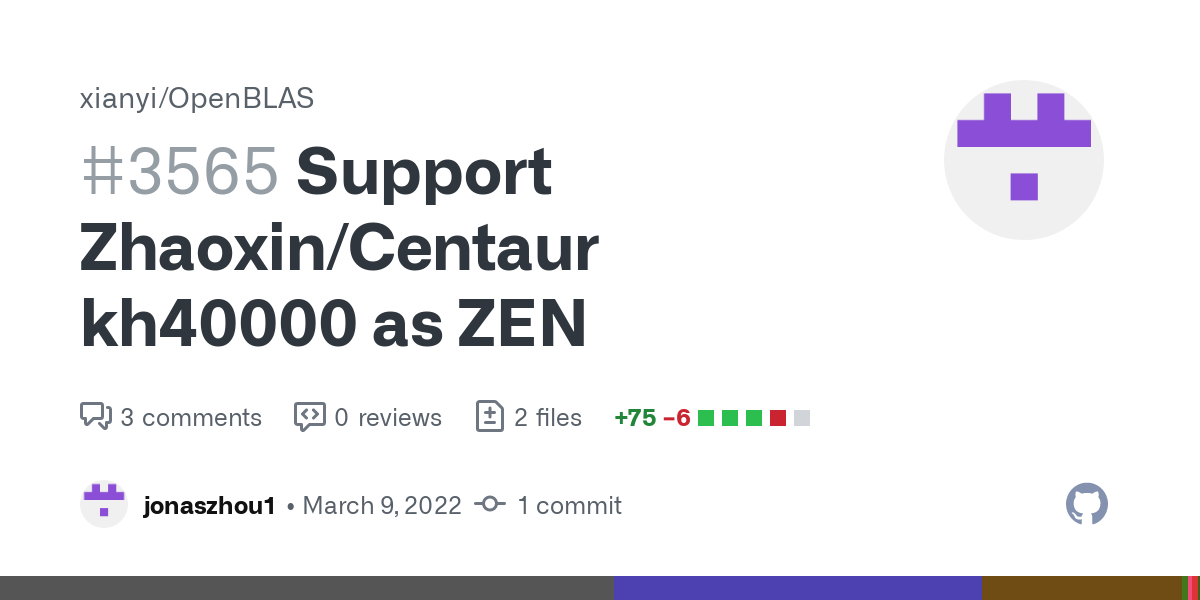 Family >0x8 seems to only be under Centaur.

So this might be the big next step (5M+ views!). Integrating Analog computing cells within digital computing (either CPU or GPU) Is this already being done by any of the major CPU / GPU designers (AMD/Raja's Intel division/Apple/Nvidia/ZX-Via/IBM) ?

The x86-64 instruction set powers the vast majority of PCs, consoles, and servers. However, the number of x86 licensees has always been small, so it’s important to keep track of the few that are le…

Good in depth analysis of the CNS core. An impressive improvement over their previous designs, especially for such a small and poorly resourced team, but they weren't going to be competitive.
Reactions: lightmanek, Tlh97 and igor_kavinski

However, it is unlikely that Zhaoxin is using the CNS-core.

With extended rumors that Zhaoxin's owner has partnered up with SMIC's owner to do 8nm (N+1)/mass production or 7nm (N+2)/volume ramp right now.
Mid-2020 = 16nm TSMC for YongFeng
Early-2021 = 8nm/7nm SMIC for YongFeng
Zhaoxin should be the leading MPU at SMIC, that isn't labeled under "Smart Phones".

NostaSeronx said:
"N+2" - 7 (no suffix) = switched from EUV-track to DUV-track with design rule set similar to GlobalFoundries 7LP, by sources close to SMIC. With 7+ being EUV with the re-instated/re-started EUV ASML agreement for 10 EUV machines.
Click to expand...

Since when has there been any change in SMIC's ability to acquire EUV machines, let alone 10 of them? Do you have a link for this?

Doug S said:
Since when has there been any change in SMIC's ability to acquire EUV machines, let alone 10 of them? Do you have a link for this?
Click to expand...

No link, yet. Keep it as a rumor till proven otherwise.

Given the profit SMIC has gotten and the investment from big chip acts, SMIC has enough to splurge at ASML. With SMIC's dependence on ASML and increased sells to United States companies, the ban and the license is expected to go away/acquired "soon"-ish. Hence, the agreement for EUV machines that was lost will be re-instated/re-started. Going in super depth SMIC might have a secondary headquarters+US Fab in Illinois of all places.

Huawei via HiSilicon is already doing Kirin 710A. However, only the 710A is released and we are approaching the second year anniversary of it.

On the RISC-V side, there is apparently something on them about licensing StarFive cores. Instead of developing their own 64-bit OoO RISC-V processor.

Going through linkedin profiles it might be because they want to focus on finally implementing that Mobile GPU:
"We are looking for GPU Architects. The candidate will help define and model Huawei's first generation mobile GPU." <- From 2016, by the way. However, there are still people working as GPU architects: GPU/CPU/AI Director, first bit is all about the in-house GPU. Selecting Dubhe to focus on GPU might seem to be a viable explanation where the RISC-V processor went.

Looking through Zhaoxin's slides that weren't posted here but at 3d-center.

The new Chinese CPU matches AMD with half the Cores and less consumption
source: https://cuba.detailzero.com/technology/44634/The-new-Chinese-CPU-matches-AMD-with-half-the-Cores-and-less-consumption.html

"Houston, we have a problem"

"Houston, we have a problem"

That reads like a propaganda article with plenty of suppositions with no real facts or data. Matched EPYC 7601? Even if true, congratulations, you are just five years behind.
Reactions: igor_kavinski, gruffi, Tlh97 and 1 other person

Thunder 57 said:
That reads like a propaganda article with plenty of suppositions with no real facts or data. Matched EPYC 7601? Even if true, congratulations, you are just five years behind.
Click to expand...

For it to be YongFeng it would need to have a 4 GHz clock + ~50 SpecInt for this specific segment. There shouldn't be a downclocked version as YongFeng has boost clocks. YongFeng shares nothing with CNS, learning period for Zhaoxin's Core Design team is over. This is the first grounds-up architecture they will be making.

KX6000G is the insert replacing the majority of products which are using the quad-core dies.

LuJiaZui refresh was originally slated for 2021 at TSMC, hence the 16nm TSMC. The delay is apparently because they switched from the Island fab(TSMC) to the Mainland fab(HLMC/SMIC). SMG is the largest shareholder of SMIC's FinFET Fab and Zhaoxin, which might be the biggest reason.

Where as the KH40000/KX6000G refresh are based on;
"FinFET has gradually improved to enter mature mass production, and the product yield has reached industry standards. The development of multiple derivative platforms has been completed as planned, and the goal of diversifying mass production products has been achieved. The advanced version of the first-generation FinFET technology further optimizes device performance, improves integration, and achieves the goal of chip performance improvement"

It's not really competitive with anything on the market in the West. And by all indications it would be prohibitively expensive to get one outside of China. Inside China it may be a halfway-decent product for those who can't get what they want thanks to tariffs and embargoes, if it's cheap enough.
Reactions: Tlh97

Process, clock and IPC of KH-40000 are sameish as CNS.
From patches we know that KH-40000 and Yongfeng, are the same model and have ID of Centaur.
Looks like Zhaoxin cutted Ncore (AI), and pack more L1 cache per core and 2x cores per socket.
K

Zhaoxin has refined and improved the Centaur CNS microarchitecture up to 16 cores in two die up to 32 cores as well and of course for dual socket implementation up to 64 cores (2x 32C).

NCORE was a Glenn Henry project that was "glued" to the CHA SoC with Centaur CNS cores.
Allegedly Zhaoxin does not own NCORE intellectual property.
Last edited: Jun 23, 2022

Zhaoxin has refined and improved the Centaur CNS microarchitecture up to 16 cores in two die up to 32 cores as well and of course for dual socket implementation up to 64 cores (2x 32C).
Click to expand...

My bad. I was mean exactly that.


Kosusko said:
NCORE was a Glenn Henry project that was "glued" to the CHA SoC with Centaur CNS cores.
Allegedly Zhaoxin does not own NCORE intellectual property.
Click to expand...

Zhaoxin owns patents that Henry invented.
https://patents.google.com/?q=Neural&assignee=Zhaoxin&language=ENGLISH&num=100
Rumor has it, that Ncore was very difficult to program.
D

@NostaSeronx , one question, is SMIC goes 7nm, is likely that Huawei might release at least a succesor of the Kirin 710A and Kirin 820 with that node?

dark zero said:
@NostaSeronx , one question, is SMIC goes 7nm, is likely that Huawei might release at least a succesor of the Kirin 710A and Kirin 820 with that node?
Click to expand...

The first products will be for the Personal Computing market.

Kirin laptops will be replaced by Kunpeng laptops.

However, Huawei has been re-organized with Kunpeng PC being the major focus.

I don't know if they will improve the TaiShan cores once they shift over to SMIC 7nm, btw.
They might skip over Kunpeng 920's core and go straight to 930's core. Thus, SVE and SMT2 becomes available.
Last edited: Jun 24, 2022
D

So...
Kirin line is dead and the Kunpeng line will be the succesor?
If that so...
What they are gonna pull in order to stay at least relevant in the mid range?
Using ARM A78 cores in the low and mid range?
K

The LGA KH-40000 processor is between the BGAs CPUs in the banner.

It is already a large family of x86 processors. The first is that many are already obsolete.
G

Do I see correctly? They compare single core spec2006 and claim they match AMD with half the cores and power consumption / TDP? That's pure clickbait. According to the spec2006 scores such a Zhaoxin core offers less than half the performance of a current AMD or Intel core (w/ SMT). So no, this is nowhere near any competition to Intel in professional markets. Leave alone AMD.
Reactions: Tlh97 and dark zero
K