You cant make this stuff up -- Texas Lt. Gov. Ripped For Saying Seniors May Be Willing To Die For The Economy

The guy is obviously grandstanding and needs to be put in his place......we keep getting closer and closer to having a group of people decide who lives and who dies!! 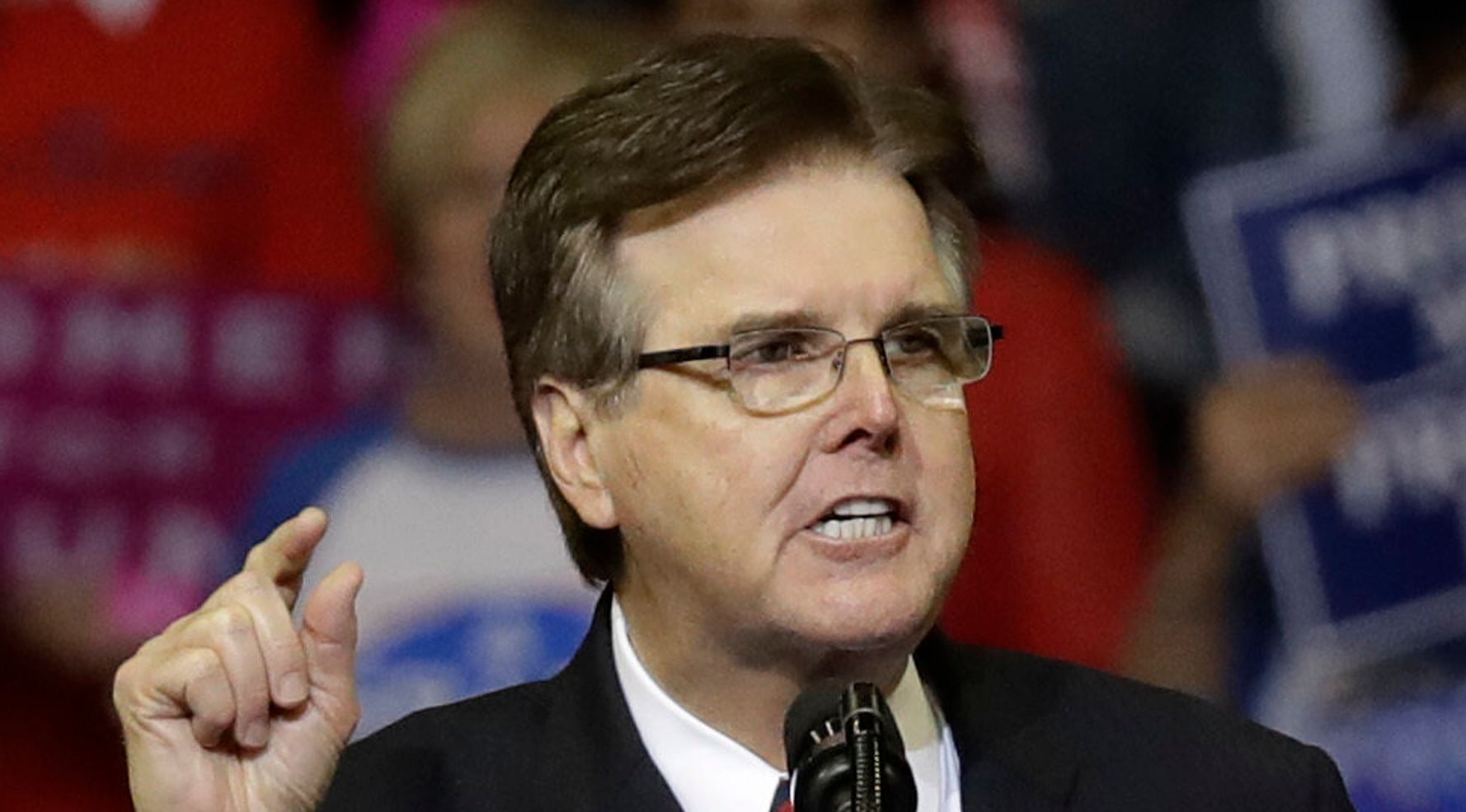 Texas Lt. Gov. Ripped For Saying Seniors May Be Willing To Die For The Economy

www.huffpost.com
Twitter users are calling out Texas Lt. Gov. Dan Patrick for claiming that “lots of grandparents out there” are willing to take a chance against the COVID-19 coronavirus in order to save the economy.
Speaking on Fox News, Patrick agreed with President Donald Trump’s proposal for a quicker end to the shutdowns that have stalled the economy.
The closures and stay-at-home instructions are aimed at stopping the spread of the virus, especially to those most vulnerable, such as seniors, who make up 80% of all U.S. deaths.
But Patrick, who turns 70 next month, indicated he’s willing to put his own survival on the line in exchange for “keeping the America that all America loves” for future generations.
“And if that’s the exchange, I’m all in,” he told Tucker Carlson, adding there are “lots of grandparents” who agree.
“My message is that let’s get back to work, let’s get back to living, let’s be smart about it, and those of us who are 70-plus, we’ll take care of ourselves. But don’t sacrifice the country,” he said.

this is your brain on capitalism
Reactions: soundforbjt, DarthKyrie, Sheik Yerbouti and 1 other person

JSt0rm said:
this is your brain on capitalism
Click to expand...

actually it is nothing....but moron talking about sacrificing our older generation........

When the shit hits the fan, cult leaders will always ask the cult followers to die for them.

They're expendable for the cause.
Reactions: Meghan54, DarthKyrie and Paladin3

I'm glad he's produced a current survey of seniors that said this, and wasn't just trumping it.
Reactions: zinfamous, Meghan54, DarthKyrie and 3 others

Trump - you're on your own, every state for themselves

Maybe what I heard a friend say is true.
virus should be named the boomer cleaner 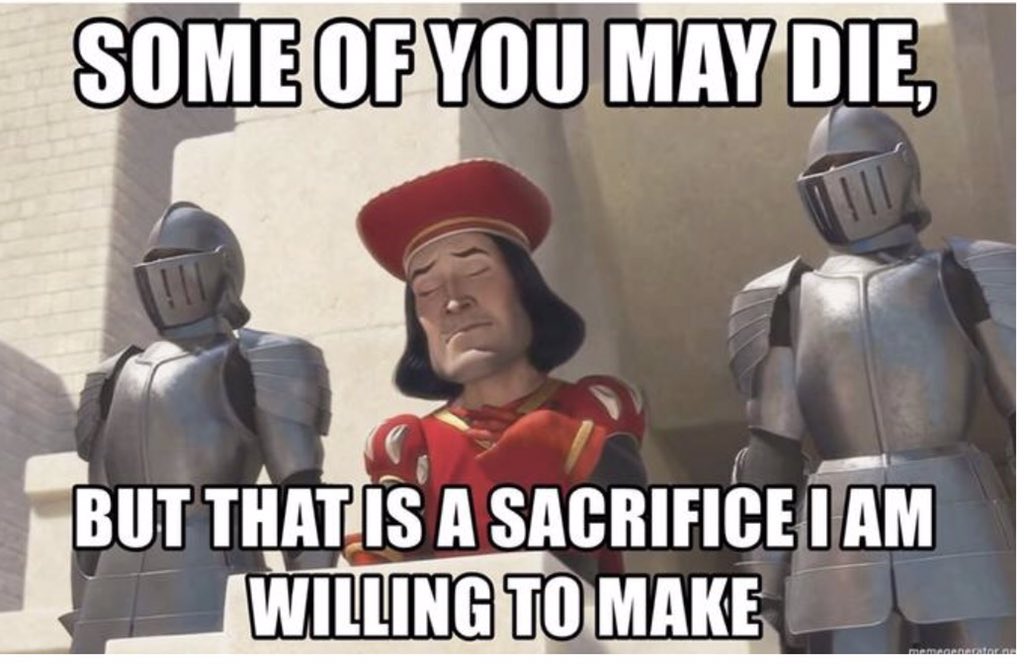 Well hopefully some of our seniors will keep this in mind as Election Day rolls around.
Reactions: Meghan54, soundforbjt, DarthKyrie and 3 others

I'm assuming his parents are already dead?...The movie "Soylent Green" flashed before my eyes when I saw this. Does he realize he would be killing off Trumps voting base?

Egads, I know modern American conservatives have open contempt for people once they're born, but "let's sacrifice the elderly" is making that contempt a bit too obvious, don't you think?

Not to mention this is so scientifically ignorant it boggles the mind. It's not just seniors at risk of death; even if you don't die, you may have lasting damage; and of course, having a significant chunk of the population either hospitalized or stuck at home would still hurt the economy.

Does he have parents?

FYGM policy taken to its logical conclusion.
Reactions: zinfamous, Meghan54, soundforbjt and 2 others

What do you expect?

I don't buy what the government sells, the goddamn president can go to hell!

Once that baby is out of the womb that pro-life shit doesn't apply any more. Its what Jesus would want.
Reactions: Meghan54, soundforbjt, jman19 and 3 others
B

HomerJS said:
Does he have parents?
Click to expand...

Yes he thought they were very tasty with a side of fava beans and a nice Chianti. It was their time after all.
Reactions: Meghan54, jman19, DarthKyrie and 1 other person

brycejones said:
Once that baby is out of the womb that pro-life shit doesn't apply any more. Its what Jesus would want.
Click to expand...

Everyone remembers Jesus's famous sermon on the mount: "Handouts are for the rich. Get a job you poor moochers."
Reactions: zinfamous and DarthKyrie

Indus said:
What do you expect?

Falwell: “Unless there’s a sudden Rapture, I betta see yo ass at work!”

Brainonska511 said:
Everyone remembers Jesus's famous sermon on the mount: "Handouts are for the rich. Get a job you poor moochers."
Click to expand...

I always get that one confused with the sermon in the board room. Book of Larceny, Chapter 2, v1-40.
Reactions: zinfamous, DarthKyrie and JEDIYoda

"Don't need to pay for social security if all of them drop dead. It is a sound fiscal conservative idea." says the elite GOP wizards.
Last edited: Mar 24, 2020
Reactions: Meghan54 and DarthKyrie
You must log in or register to reply here.
Share:
Facebook Twitter Reddit Tumblr WhatsApp Email Link