I have always heard good things about them but never really got the desire to try them until yesterday...Used the Sharpen AI and then DeNoise AI on this image...Consider me impressed...

Superb. Makes me want to try it in Affinity Photo. I have some noisy photos because I abstain from flash.
T 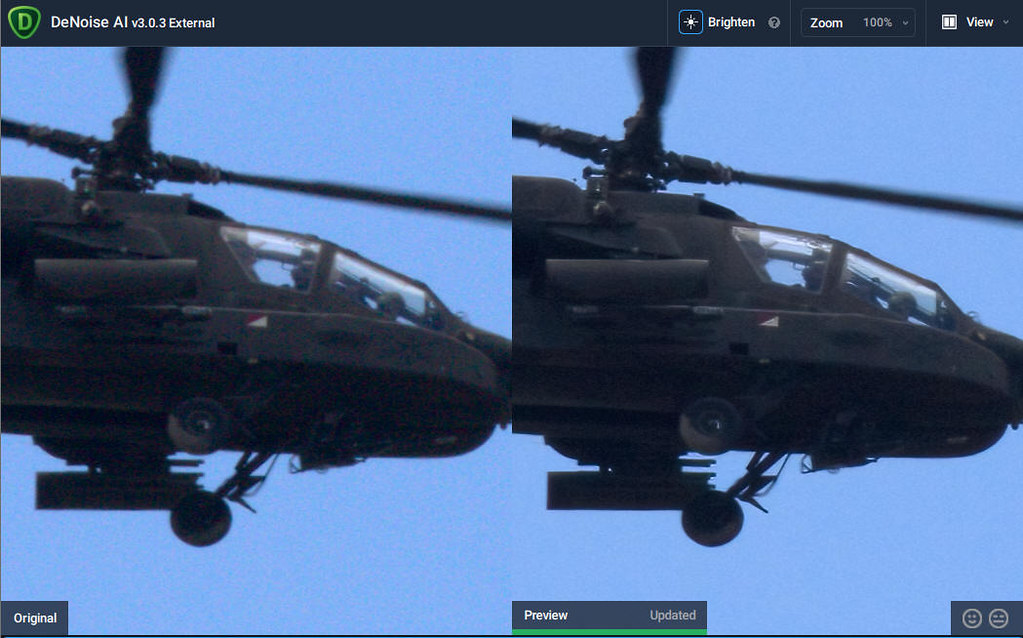 Gunship Denoise Side by Side

Went through my archives looking for a near hopeless case pic and chose this one as test case. I'm impressed.
Reactions: thestrangebrew1 and spacejamz
T 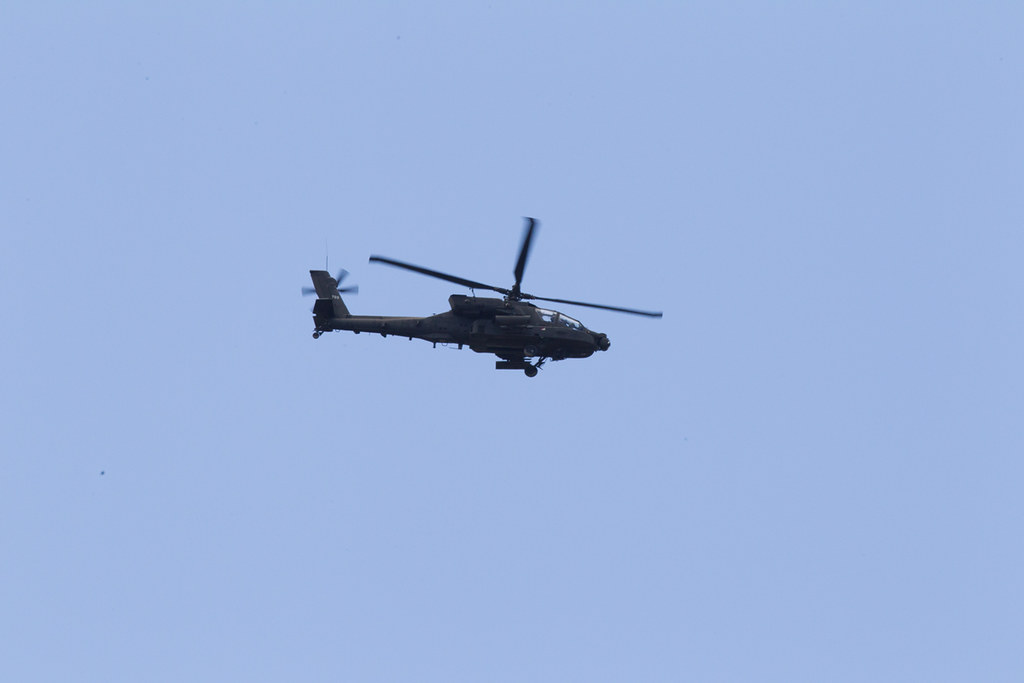 
This is the untouched file from whence the side by side came. Long distance shot, bad lighting angle, 1D4, 600L IS x 1.4 extender.

wow that is really awesome, is it a plugin in Affinity? I bought it when planing to move away from Adobe CC
T

Never used Affinity before. What I can say about Topaz is that you can install it as a standalone and/or grab the plugin from the source app and place it in the plugin folder of the Affinity app where the other plugins reside if it's similar to PS/Lightroom in that way.

Not impressed really. It is good, but for the price it is hop and trop like everything. Tried on blur due to camera shake (often by me with long lens), out of focus (wide apperture usere here) and noise (high ISO) and neither was really better than built in photoshop sharpen tool or doing combination of few methods. In some cases much worse even or giving inconsistent results (like one eye super sharp, second with so much halo i would rather print the original, or stripes of very sharp texture and then it abrubtly goes to OOF again).
What is really good is the auto mode. Whenever i tried to change the sliders it was rather worse than better as what was suggested. Wanted to try it as i really could use something better. Have issues with OOF and lost way too many awesome photos because of that.

★ ★ ★ ☆ ☆ Not worth the money unless you need to batch 1000 files, earn more than 20€ per hour and are in extreme hurry. Would trial two major versions later.

And yes it installed it self (without asking - that is not good) into Affinity, photoshop and standalone at the same time.