I bought a new LG OLED and the colors are fantastic but what I noticed is that Red, Green and Blue look more fantastic than yellow. I was wondering if that is because TV actually producing those colors but yellow is created by mixing 2 colors. I tried to look up TV's that offered more than these 3 colors to test this theory but Quattro was a fraud TV. It didn't actually produce yellow color.

You can have a pro calibrate your new tv, or you can get a UHD Blu-ray disk, and do it yourself. I like this one but I haven't gotten it yet. 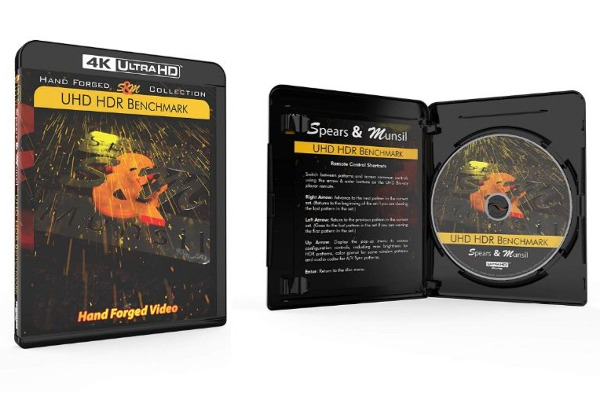 Stacey Spears and Don Munsil, creators of the acclaimed Spears & Munsil High Definition Benchmark series of test and calibration discs, have announced the release of the UHD HDR Benchmark, a 4K Blu-ray disc dedicated to the calibration and evaluation of 4K Ultra HD (UHD) displays that support...

It would help with saturation. Yellow doesn't have much space between red and green. If you look at the typical color space triangle and add a 4th pole at the edge in yellow, it doesn't add much. Less so with wider color spaces, but there is apparently an issue with perception of yellow and it's level of saturation when the red and green primaries get farther apart (and I don't have a clue how to explain it, has to do with photoreceptors in our eyes I think). A yellow primary would help with that. But you would need the entire chain starting with the capture device to properly support it. There's no way to correctly add that additional yellow information outside of the existing color space to an existing RGB signal. There's also the effects of the transition from green to yellow and yellow to red along the edges which can't be added correctly.

The problem with the Quattron was that it was still using an RGB signal, so to make yellow it was still mixing red and green. The yellow subpixels only acted effectively as enlargements of the existing red and green subpixels, allowing additional red and green light through which could then be perceived as more yellow. I think there was some additional processing going on that tried to raise the saturation of the secondary colors, but it just ended up messing with accuracy.

I dont know about televisions. I know somebody tried making an alternative camera that included an extra sensor, cyan.
It made excellent images, but was expensive to produce and they discontinued it due to weak sales.
You must log in or register to reply here.
Share:
Facebook Twitter Reddit Tumblr WhatsApp Email Link