Question Why does the M1 Pro/M1 Max have only 2 efficiency cores ?

So the number of efficency cores is halved vs the M1.

I think they ran out of room. I read somewhere that the M1 Max die size is significant vis-a-vis maximizing getting dies off a wafer. They could have cut some apparent redundancies, but I think those were important to them for yield issues.
0
D

There isn't a need for more than 2 efficiency cores. Apple does not treat them like Intel does trying to make them do a lot of the grunt work in multithreaded loads.

The reason M1 has 4 is because it was primarily designed for the iPad Pro which has much lower power budget (only 28 Wh battery in the 10.5" model) than Apple's laptop line.

Doug S said:
There isn't a need for more than 2 efficiency cores.
Click to expand...

I think we can assume they're sufficient. Since Apple writes the OS that these chips run, they're going to have the best data on how often and well they're being utilized. My guess would be it falls into the "not so much that we really need 4 of them" category.

I doubt size was much of a consideration. If you look at the AnandTech article on the M1 Pro/Max it contains an annotated die shot that gives you an idea of how small the efficiency cores are: 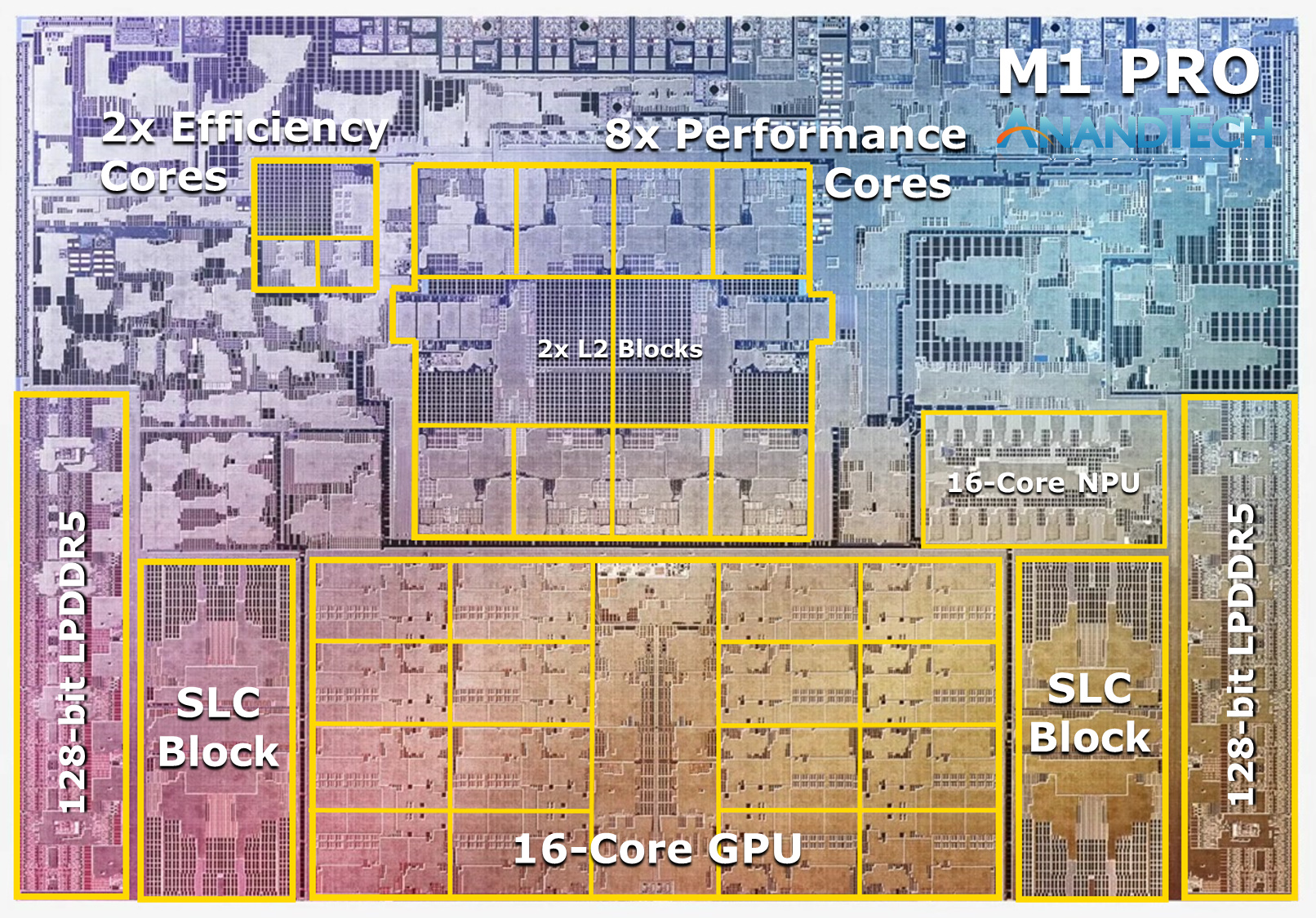 The two Icestorm (efficiency) cores and all of their cache aren't too much larger than a single Firestorm core, and the cache is the considerably larger than the cores themselves. If they kept the L2 cache for the efficiency cores at the same size it wouldn't have been too much work to add in another 2, even though it's pretty clear that there would need to be some layout changes to accommodate it.
Reactions: Tlh97
0

nicalandia said:
I agree. the Apple A14 only has 2 of them.
Click to expand...

What ? The A14 Bionic has four icestorm (LITTLE) cores.
0

Isn't there some kind of program in MacOS where you can check the utilisation of cores ?

Can someone with an an M1 Mac check the core utilisation when the device is idle with no any apps open/running in the background ?

If I had a Mac I could've done it myself, unfortunately I don't.
0

Some tech sites already scrutineered that, for example ArsTechnica: https://www.google.com/amp/s/arstechnica.com/gadgets/2021/05/apples-m1-is-a-fast-cpu-but-m1-macs-feel-even-faster-due-to-qos/?amp=1

If you just search for M1 MacOS scheduling you will find further articles.
0
N

FlameTail said:
What ? The A14 Bionic has four icestorm (LITTLE) cores.
Click to expand...

True, I was thinking of something else(I did post a die diagram of the A14 that showed 4 little cores)
0

If you just search for M1 MacOS scheduling you will find further articles.
Click to expand...

Do you happen to be aware of any comparisons of that to M1 Pro/Max where the balance between Firestorm and Icestorm is completely different?

The two articles ArsTechnica referenced were: 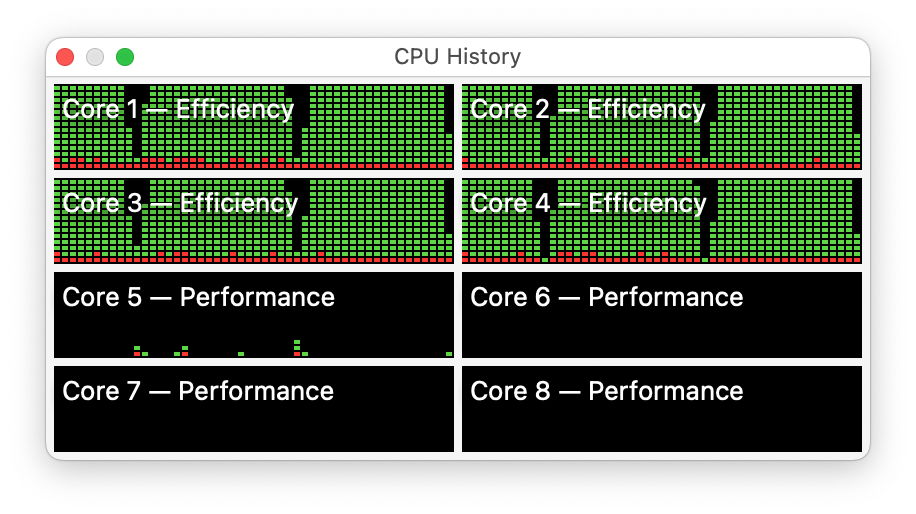 Cores shouldn’t all be the same: M1 Macs do better

How the M1’s asymmetric cores can run background tasks more efficiently, or deliver high performance, according to Quality of Service.

That is indeed very strange, using a second E core increases performance by 4x. Obviously some weird testing artifact, but I can't come up with anything off the top of my head.
0

@moinmoin
After reading his latest article I have to agree - this is indeed very weird. I am also wondering why this has not occurred to anyone else up until now. Would be interesting to see if this behaviour could be observed in high level benchmarks like Cinebench et. al. as well.
0
M

Assuming that the measure is accurate it could just be a good indication as to why there's no need for more than two efficiency cores. Perhaps after going with four cores Apple realized that they weren't actually able to fully extract the theoretical performance they originally predicted and that it would be possible to see nearly the same actual performance from only two cores.

Maybe there's a very good reason for that and it's something that could be solved with sufficient changes once the problem is fully understood, but maybe Apple hasn't been able to work out exactly what those changes need to be or that it's a bit more tricky than we might think and require more time than Apple had.

The A15 has the same 2/4 layout, so I'd look there to see if anything is different. Do the Blizzard (A15 efficiency) cores seem to have those same limitations? Is the reason for having 4 efficiency cores in the A15 but not the M1 Pro/Max just due to the higher number of performance cores or the different expectations of the environment?