When will these become widely available?
0

GunsMadeAmericaFree said:
So far, all I've seen is some third party selling some on Newegg for about $155 each, which is over 1/3 more than I was told
they were going to sell for. ($115)

When will these become widely available?
Click to expand...

The i3 models and low powered T models are not widely available in the US. It seems like Europe got a sizable shipment of them but the US shipment (if any) was probably sucked up by OEM computer builders. B&H Photo puts the 12100 with an expected availability of 2-4 weeks with a $146.50 price tag. https://www.bhphotovideo.com/c/product/1675539-REG/intel_bx8071512100_core_i3_12100_desktop_processor.html

By whom? If it wasn't Intel then it's not going to happen.
0

It was touted at/around that price point by some outlets.

Ars had this article a while back (November!), seemingly saying this would be a new darling: 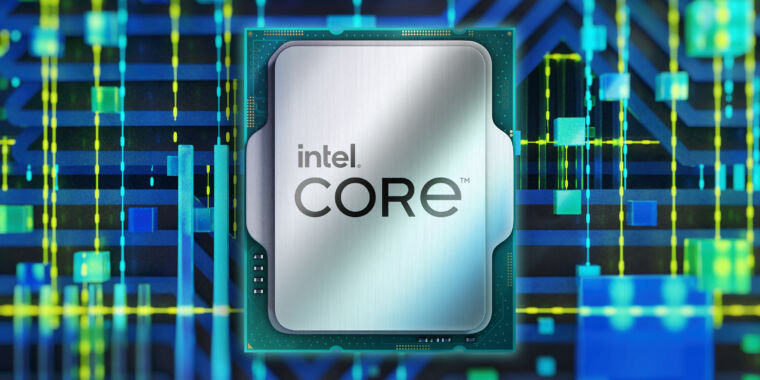 Many pointed out how valuable the iGPU was, however, in these times, and questioned if this was really going to be a “darling.” Once upon a time it made sense, maybe, to save $10 and get the F series. Now I don’t think I could say that… but saving 20-30% might be compelling enough to skip it. Maybe.
Reactions: Kaluan and Thunder 57
0
I

Also a reason why Intel is in no hurry to produce more 12th gen low end volume parts is because there is way too much unsold comet lake i3s and i5s out there. Wikipedia tells me that Intel still has 4 fabs capable of making 14nm dies so they might even be making comet lake dies as we speak!
0
F

They might not be widely available. I just bought a pentium gold AL and probably will be waiting 2 weeks for delivery. That's what I got to do for a price close to msrp I guess.
0

I bought a 12100F for $108 from Newegg on day of release... haven't seen them widely available or at that price-point since.
Reactions: Kaluan
0
G

Recommended customer price, according to Intel, is $97 to $104. The only reason I can see for the much higher prices are profiteers and scalpers....

GunsMadeAmericaFree said:
Yep, when I check Newegg, I see $152. When I look at Micro Center, I don't see it at all.

Recommended customer price, according to Intel, is $97 to $104. The only reason I can see for the much higher prices are profiteers and scalpers....

I'd update your topic title or otherwise specify the "F" version in your OP, or you are going to get a lot pedantic responses to your thread...

If/when it is at MC, I'd expect it *not* be eligible for board discounts, which usually waters down it's value quite a lot.

If you are truly on a budget shopping at MC, a 10400 is still a pretty awesome choice IMO.

blckgrffn said:
With the 12400 having 50% more cores AND iGPU I guess I'd say trying to save ~$50 after board discount at that point is a very shortsighted move, especially given how little $50 gets you elsewhere in your build. It's not even a GPU step anymore :/
Click to expand...

blckgrffn said:
I'd update your topic title or otherwise specify the "F" version in your OP, or you are going to get a lot pedantic responses to your thread...

If you are truly on a budget shopping at MC, a 10400 is still a pretty awesome choice IMO.
Click to expand...

I mostly agree with your 12400 recommendation assuming CPU performance matters. The little bit of extra money invested there gives you a much better chip. Although I think the 12500 is where the real value is at--noticeably faster CPU speed and much better GPU for almost the same price as the 12400. If the GPU doesn't matter, then the 12400F is the best Alder Lake value. And if neither the GPU nor the CPU matter, then yes, just get an easily available chip like the 10400. There would be no reason to wait for the 12100F in that case.
Reactions: scannall and blckgrffn
0
T

Do note that this is the version without integrated graphics.
Reactions: Tlh97 and 69mustang
0
G

Curious that Micro Center doesn't have one yet - I was hoping to do a mboard + cpu combo and save 20 bucks.
0
F

Just an update I finally was able to get a pentium gold 7400 from BB last week. The low-end stuff is finally getting some stock.
0
E

It's all subjective and based on budget. If OP wants to build a full system for $500 or less that's fine. If OP wants that $500 system to perform like a 12900 then there's a problem. If the use case for a 12100 is to run a FS then it'll work just fine or even as a router it will work fine. I suppose if you threw a 3090 into it gaming would work as well.
Click to expand...

Probably a lot if not most games. I wouldn't recommend anything less than a six core today for that though. I went from a four core to six and noticed a significant difference in BF1, and that was with an RX 480. Not exactly a new game either.
0
E

They're selling for close to RRP here in Australia as well (maybe a touch over) but the main problem I have with LGA 1700 as a platform are the relatively expensive motherboard costs, even for budget H/B series mobos.

The 12100 itself is an impressive quad core CPU, and often compares favourably against older gen 6 core CPUs like the 3600 or 10400, especially in gaming (less so in MT tasks, but its still surpsingly competitive there). However, when a decent motherboard costs as much as the CPU itself, then that really hurts the value proposition of the CPU.
Reactions: Ranulf, DAPUNISHER and VirtualLarry
0