What were the specs of your first computer?

As a child I received both a Compaq Prolinea 590 and a Macintosh SE when I was 10 years old. 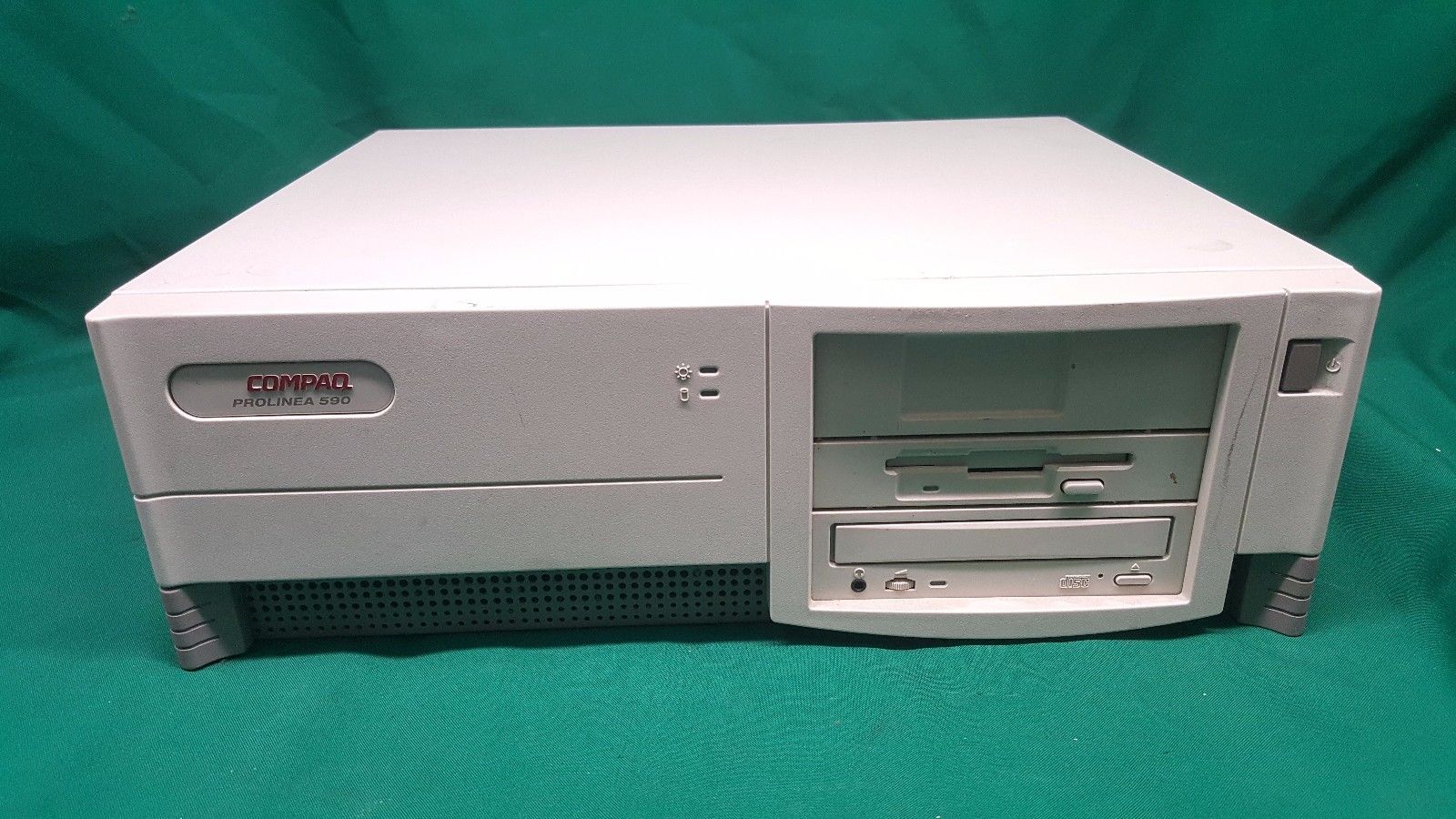 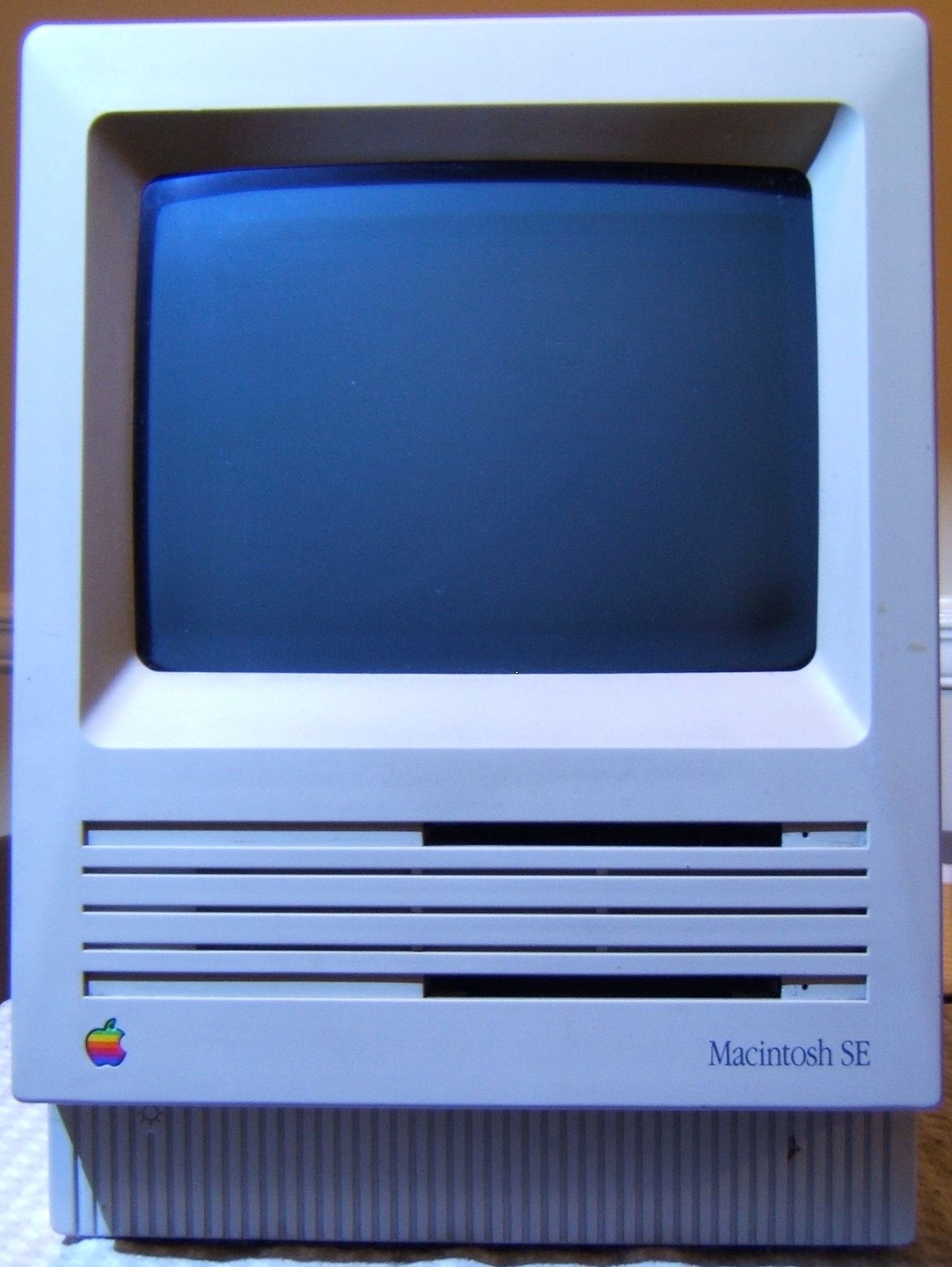 I also received a Tandy 2000 and a regular 33/66mhz 486 computer a few months later and had a whole cache of computers. 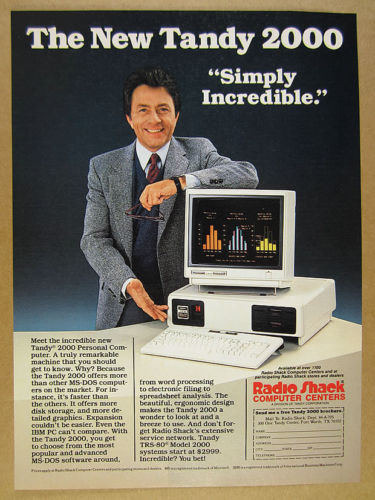 I had a Texas Instrument computer the Ti94a(?) when I was 9 years old.

Commodore Vic20. I still have a warm place in my heart for that computer.
Reactions: sandorski

First computer I ever used was a 486 DX2 66MHz with 8GB of ram and a 512MB HDD if I recall. OS was windows 3.11. Was really my sister's computer but it was setup in the house for a bit before she went to university. I was only a kid so I just played in mspaint and stuff and did not actually know anything about computers. The only thing I did learn is how to rage at Windows being slow and freezing.

Our first family computer was a Pentium 3 450Mhz with a 10GB hard drive. I think it had 128MB of ram. Had windows 98. That's really where I got more into computers and learned more. I eventually upgraded it with a 40GB hard drive. I recall opening it once to see how it looks like inside. Around that same time I actually got my sister's old 486 to play with. It did not work. Turns out it was just the CMOS battery but I only found that out very far into troubleshooting phase. I kinda feel bad as I basically parted out that computer and eventually trashed it after using it as a test bed for all sorts of physical modding etc. Should have kept it going in proper order given it was basically the first computer I ever used.

Fast forward to when I found the P3 was too slow, I knew enough to build my own so I did, with someone's help. Was an AMD2000+. Oddly I don't really recall any of the other specs. I think the hard drive was 60GB as I still have a 60GB drive lying around and pretty sure it was my first drive. Ram would have probably been like 512MB.

I kinda miss those days tbh, now when I build a computer I don't quite get the same level of excitement as I had before, probably because I mostly just take it for granted now.
Reactions: TurtleCrusher

My father was involved in computers in the 1960's when they still ran on vacuum tubes, so computers were familiar things. In the early-70's we had a terminal at home that could access a mainframe (IBM 360) by setting a telephone receiver in a cradle. Sort of the pre-Internet. This was the first computer I ever used. It was magic to me a little kid Imagine in 1973, signing in on the big teletype-style keyboard that returns a "Good Morning [Insert your name here]. Shades of "War Games" What would like to do today. would you like to play a game?." The thing that made this even more magic was that I never saw the actual computer - it was "out there" somewhere- science fiction stuff. They sometimes ran a game to test the sign on. The IBM 360 ran off of tape drives and punch cards but later had one of the first disk drives. These used a stack of 18" platters and for 5MB, the cost was about $50,000. OK, here beginneth the frightening math: if 1MB = $10,000, 1GB = $10,000,000, and 1TB = (gulp) 10,000,000,000- ten Billion Dollars.

So, from this third party contact, at some level I was used to computers as sort of normal things. Still, as computers cost $Millions then, the prognostication promising that someday a computer could fit in an ordinary room seemed far off.

And, for me it was twenty years later.
In 1993 I was delivering a paper at a symposium in Italy and as this would be published, the paper was required to be submitted in Word. I had planned to buy a computer for business use. I was shocked at the cost of Apple systems that colleagues used- some had spent more than $8,000, so I looked at PC's. Eventually I settled on an IBM 486 DX2-50, that's a CPU running at 25MHz but that is doubled by the addition of a math coprocessor to 50MHz. For economy I did not jump to the fastest CPU then made, the 486 DX2-66. It looked like this:

This system ran Windows 3.1 over DOS 6. It had the minimum 1MB of RAM and I bought the smallest drive, thinking it would take a very long time to fill- 85MB. with a 12" color monitor, the cost was about $2,.900. I purchased WordPerfect 6.1 which was the first WordPerfect with a WYSIWYG "Wizzywig" meant "What You See Is What You Get" : graphical interface I thought being able to select fonts was magic! Soon after I added and Corel Graphics- was it version X3?.and AutoCad 10 for DOS, which I think arrived on one or two 1.44MB floppy disk and cost something in the realm of $600.

Mine was a 80286, 12.5 MHz, I think it had 640Kb of RAM and a 40MB hard drive. It had an hercules screen (single yellowish color, with pixels on, off or increased brightness).
I remember being able to install Windows 3.0 with that limited screen. I then upgraded to a color VGA monitor. I wish I had kept it as a souvenir!

Heathkit. A mighty 8088 processor with 2 meg of ram soldered to the mb. It came in a box of parts totally unassembled. It had two 5 1/4" Floppies And One 3 1/2" Floppy a green monitor and it was awesome. 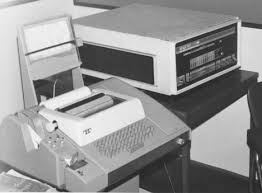 Started to work on it in 1972 doing research on Dream's physiology.

Programing could be done in Machine Language or 4k Basic ( http://www.dartmouth.edu/basicfifty/events.html ).

Storage was on 8" floppy, communication via teletype.

Look it up.
Reactions: tcsenter
R

Commodore 64 here as well, used that old commodore monitor to play PS1 when it was released because it used RCA connections, i sure got good use out of that monitor lol.
P

had a mac se with some sort of radius accelerator board which my dad had absconded from BP with
(which was the same story for the mac ii, mac iisi, powerbook, and dell latitude that were 'my' computers growing up).

That was mine also. My first IBM compatible was a 486dx50. Can't remember the rest of the specs, but I still have it, and it still works.
D

Commodore PET (classroom computer in 3rd Grade... does that count).

Chassis had a definite "2010: A Space Odyssey" to it. Had a tape drive for storage.

At home, in middle-school, I think, my Dad bought a Radio Shack Color Computer 2. That was a fun little machine. A little obscure, compared to Apple or Commodore's home computers, but it had the option of a *nix-like OS, "OS 9". (Not MacOS 9.) Basically, the CPU in that thing, was like a mini-68K, and had an OS9 port. I didn't learn that too much, but I knew how to boot floppy-based OS9 games on it, like ... Rogue! Yes, the original, or at least, original micro-computer version.

Chassis had a definite "2010: A Space Odyssey" to it. Had a tape drive for storage.

At home, in middle-school, I think, my Dad bought a Radio Shack Color Computer 2. That was a fun little machine. A little obscure, compared to Apple or Commodore's home computers, but it had the option of a *nix-like OS, "OS 9". (Not MacOS 9.) Basically, the CPU in that thing, was like a mini-68K, and had an OS9 port. I didn't learn that too much, but I knew how to boot floppy-based OS9 games on it, like ... Rogue! Yes, the original, or at least, original micro-computer version.
Click to expand...

I also remember the Radio Shack CoCo and Timex/Sinclar and a few other lesser known computers.
T

First I used? Pong, Atari, Intellivison if they count. If not, first used was probably a gigantic punch card fortran computer as a kid.

First used as an adult an 286/386 computers in a design office. First purchased was a Pentium Pro 200 for $3000+ when they first came out (1995?). $3000 was a ton of cash back then, a months salary. It was a mail order and it came broken. Technician walked me through fixing it over the phone. After that I knew just enough to be dangerous. Other than for a business venture, never purchased a prebuilt again.
Reactions: TurtleCrusher
T