What games have the best water?

I think GTA5's water is the current best, especially when you begin to swim under the surface you really start to appreciate how much work they put into it.

That being said there's still a bunch of games with apparently good water that I haven't played yet like Black Flag, Watch Dogs, some of these new survivalist games.

Crysis water (with mods) still gets me.

The water effects (and visuals) of the Storm Coast in DA: Inquisition is pretty impressive. I also agree that Crysis' water was (still is) good-looking. It doesn't look bad at all either in Witcher 3 actually. And side note, this subject reminds me how astonished I was when I first saw the water in Wave Race 64 (mostly its physics / general motion quality).

Did you forget to take your meds today? 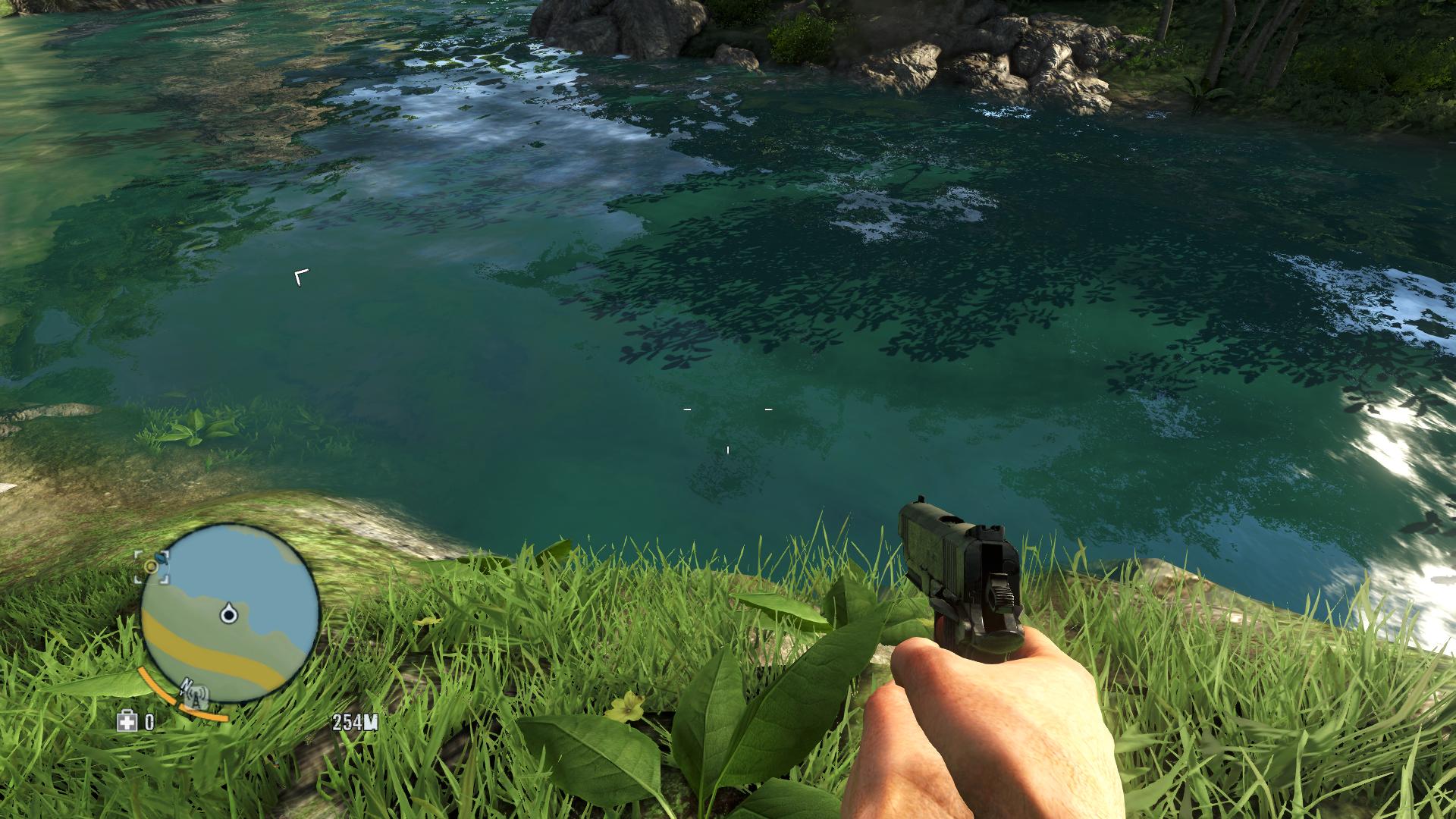 I'm not as much referring to the water "surface" then I am the water "depth".

AC: Black Flag had some amazing water with large waves. I always thought ac 3 and 4 went above and beyond water modeling than other games. Gta 5 was really nice in a wave racer way but not actualy realistic.

There is a little known game called Hydrophobia that has excellent water physics.

Stinky, it does offer a level of liquid physics rarely seen (in fact the only place I can ever remember seeing them ever, is Portal 2, and a nvidia demo) but that is all. The particle system for spray looks horrid, and the water surface is a fairly plain shader that does not change, and the ripples you make are also a pretty old effect. It looks like the water physics only react and mold themselves to the environment and ignore the player and objects.

Still I wish we would see more of this. In closed room environments the cpu hit has gotta be pretty acceptable on todays setups.

Not a tech overview of AC4 but a video that helps show off the complex number of shaders for underwater, as well as more long shots of the dynamic wave formations.

Medal of Honor Pacific Assault - not bad for an 11 year old game, eh?

Also Morrowind when you first get off the boat at the start. I saw it for the first time a few weeks ago and thought "that water looks nice, even today". Back in 2002 I imagine it would've absolutely blown people away.

Witcher 3 has some very nice looking water courtesy of it's 64x tessellation factor: I think you guys are missing the point of the OP. Were looking for the best, not "oh that looks kinda nice". Morrowind is a first generation water shader which is kind of like halo's. It also contains an extreme amount of errors in its reflection in relation to land mass.

Witcher 3 is kind of up there with crysis and such in that it only has one level of intensity, and offers a nice looking shader based water with a basic animated surface mesh. I was actually annoyed that witcher 3's water was pretty much pond level intensity despite the islands being in an ocean. I could say the same for crysis but crysis was the best when it came out, witcher 3 has years over crysis and should know better.

Also before people bring up the likes of call of duty and battlefield, none of these are dynamic. The waves are pre formed and part of the players path. They looked good, but in a way like in movies where you don't have much of a choice in what you see.
J

Does skyrim even have an animated mesh? I look at the water edge and see little or no movement. Its all a surface shader and sliding textures.
F 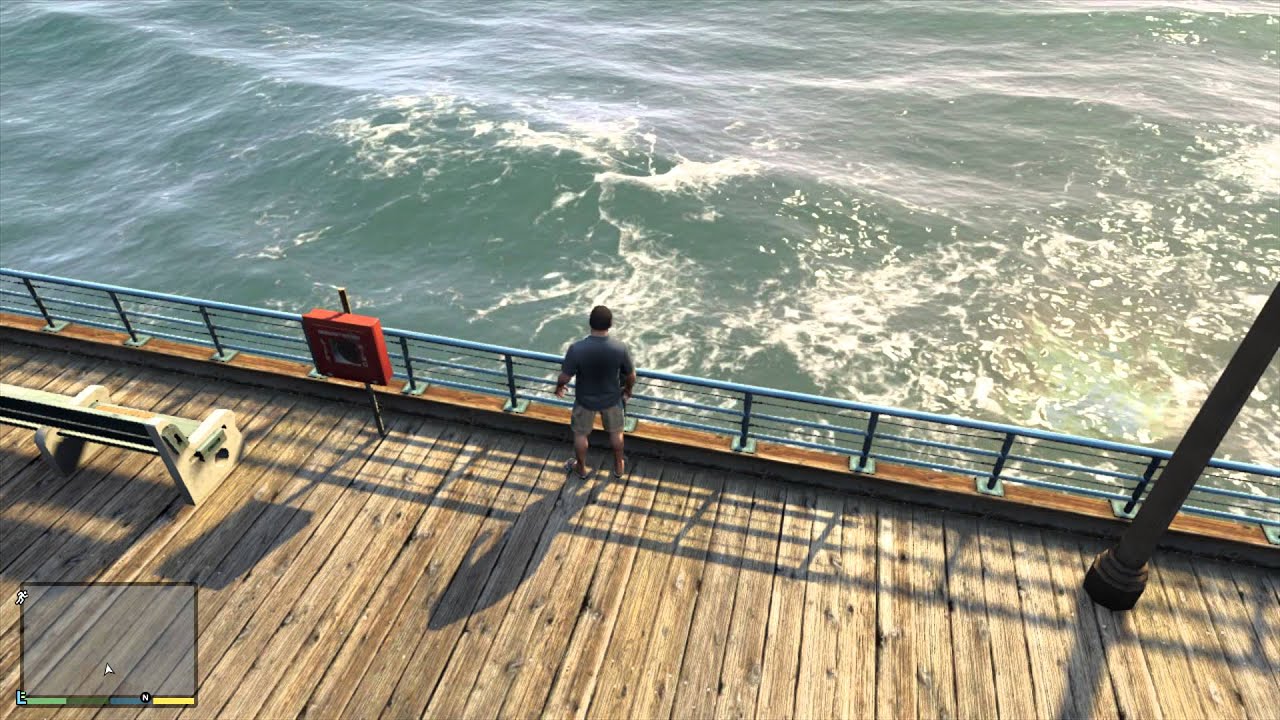 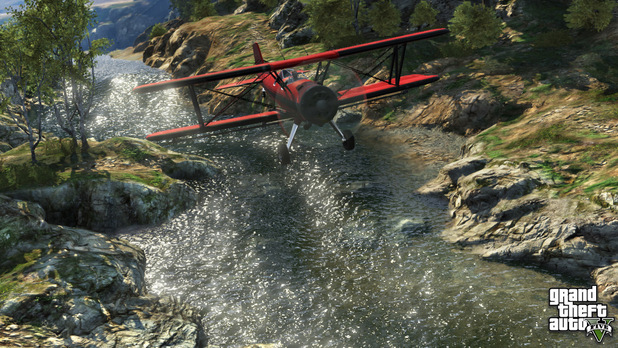 JeffMD said:
I think you guys are missing the point of the OP. Were looking for the best, not "oh that looks kinda nice". Morrowind is a first generation water shader which is kind of like halo's. It also contains an extreme amount of errors in its reflection in relation to land mass.
Click to expand...

Water - like all graphics - has two components: technical and aesthetic. It's possible to be good in neither, one or both. In other words, water implementations can look pleasing to the eye while ranking low on the technical scale, like the two I showed above.

As for Morrowind, I don't recall (m)any games in 2002 having that level of water detail. In 2002 we were still mostly dealing with sliding water textures and no shaders. Halo PC came out in 2003 and the in-game water doesn't impress me as much as Morrowind's in the context of their respective release dates.

This isn't some delusional nostalgia on my part: I installed Morrowind for the first time ever a few weeks ago.
F

StinkyPinky said:
There is a little known game called Hydrophobia that has excellent water physics.

It does have impressive water physics. The rest of the game is mediocre to poor, but probably the best $1.75(ish) I ever spent on a video game.

As nice as some parts of Witcher 3 look, the water was pretty disappointing technically. The interactions with it were scripted and it just didn't look all that great.

I think Crysis with mods still has the best looking water in any game.

This thread is going to end up with me redownloading older games. As much as I like to hate on Watch_Dogs, it does have some intense water effects

I still remember N64's Wave Race (still own it!) as a graphical marvel. First time playing Morrowind absolutely blew me away looking at the water puddles.

I still can't believe you guys are picking those games over this,

JeffMD said:
I still can't believe you guys are picking those games over this,

I would pay big money for a ship sim that looked like that!!