Question What changes would you like to see happen with Intel Optane Software Application?

Here are some changes I hope Intel makes:

1. Allow the Optane Software application to work on lower end systems (e.g. Pentium and H310 chipset). This because I think RAM extension is one of the more important aspects of Optane and H310 chipset only supports two DIMM slots which makes it likely such a system will only typically have 8GB max. That and the ability to speed up drives that are either slow or get slower as they fill up.

2. Add write through cache as an option (I assume this is already coming with the arrival of H10 Optane). (And if write through is selected for the 16GB have the page file pinned by default)

3. Add the ability to cache NVMe NAND drives (I assume this is coming already with the arrival of H10 Optane). With this noted, many Youtube videos have pointed out that for typical enthusiasts SATA SSD is plenty fast for games (compared to 3D TLC NVMe)* and 4K editing. Still the ability to cache NVMe means that (when combined with write through) a faster 4K write can had than what is typically seen on the 16GB and 32GB Optane.....and able to get faster 4K write via NVMe NAND and write through cache means paging (when combined with page file pinning on Optane) should be faster. (EDIT: Unfortunately As mentioned in post#12 Write through of 4K files rather than write back will increase write amplification and fragmentation)

a.) ability to cache primary NVMe and secondary SATA together with Optane.

b.) ability to cache the NVMe NAND found on the H10 Optane to a SATA drive via SRT. (Not sure how much overhead this add though. Perhaps this and a.) should be limited to Core i3 (or Core i5) and better systems).

c.) ability to cache RAID volumes (Intel SRT could do this, so I figure it is only a matter of time before Intel allows this happen. Again if overhead is relatively high then limit to systems with Core i3 (or Core i5) and better)

P.S. Speaking of higher end systems it would be great if Intel would bring back the CPU upgrade service to Pentium. This so we could upgrade Pentium (or maybe an unlocked Pentium) to a Core i3 via Software. Then with this service we would not only have better CPU but better Optane caching options as well.

*Somewhere I have a post here at Anandtech with links to these videos. Unfortunately I can't find it right now. (EDIT: Found the post here)
Last edited: Apr 14, 2019
0
N

I want to see a new form of RAID where Optane cache is combined specifically with an NVMe OS drive allowing their reads to be combined when data is on both the cache and OS drive.
Reactions: cbn
0

nosirrahx said:
I want to see a new form of RAID where Optane cache is combined specifically with an NVMe OS drive allowing their reads to be combined when data is on both the cache and OS drive.
Click to expand...

And that should be even more effective (because of the lower latency and greater bandwidth of DDR*) when used on a NVDIMM-P (think DIMM with both Optane and NAND in addition to DRAM) or when that same NAND/Optane/DRAM NVDIMM-P is communicating with an NVMe drive (or NVMe array).

Yep, definitely the best idea in this thread so far!
0

A consumer version of Intel Memory drive (this idea originally mentioned by IntelUser2000 in the Optane Client thread).

I think this is really good idea and one reason for that is because Windows doesn't page out aggressively enough for non-compute intensive tasks like internet browsing.....so once enough paging builds up the user becomes limited due to lack of free DRAM to write to. This is very unfortunate because Optane is so much better than the hard drives this paging system was originally built on.

If only there was a way of changing the weight by which certain data is assigned to Optane rather than DRAM.

Some info on Memory drive below:

Additionally, Intel® Memory Drive Technology intelligently determines where data should be located within the pool to maximize speed, enabling servers to deliver performance across many workloads—even when DRAM is only supplying one-third to one-eighth of the memory pool capacity.
Click to expand...

AMD and ADATA are on both on Intel and Samsung's hides right now.

Make it like primocache that works on all platforms.
Reactions: PingSpike
0
Z

That's difficult, considering they aren't making much money with the 900P/905P drives.

The solution is not to replace NAND in SSDs, because it never will, but rather offer features it can't. NAND SSDs were adopted because it provided a compelling boost in performance over HDDs. There's really little to gain from slightly faster storage.

ability to cache the NVMe NAND found on the H10 Optane to a SATA drive via SRT.
Click to expand...

I think the H10 drive series should focus on further integration to reduce costs and improve performance.

Optane displacing DRAM buffer on SSDs are things NAND can't do. It needs to continually do such things because the cost is inherently higher.

Memory Drive feature coming to consumer is a good first start IMO. The advantages brought on by write-in-place media and <10us latencies start to be good enough for extending memory.
0

cbn said:
c.) ability to cache RAID volumes (Intel SRT could do this, so I figure it is only a matter of time before Intel allows this happen. Again if overhead is relatively high then limit to systems with Core i3 (or Core i5) and better)
Click to expand...

This is now a lot more interesting because Seagate has recently boosted the URE spec on most models of their Barracuda 3.5" drives to 1 in 10^15: 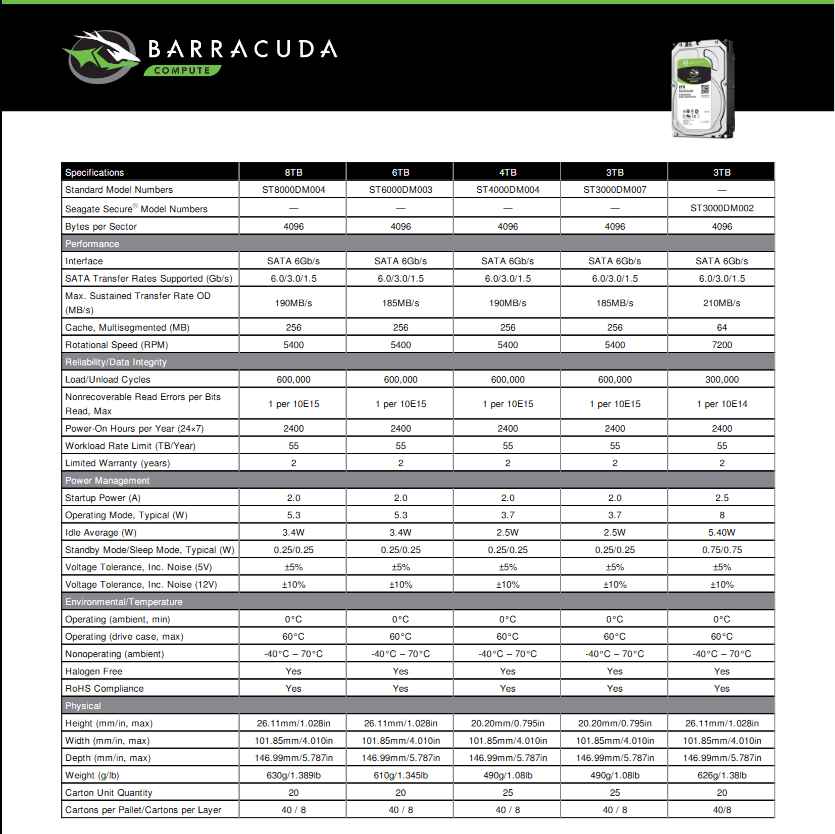 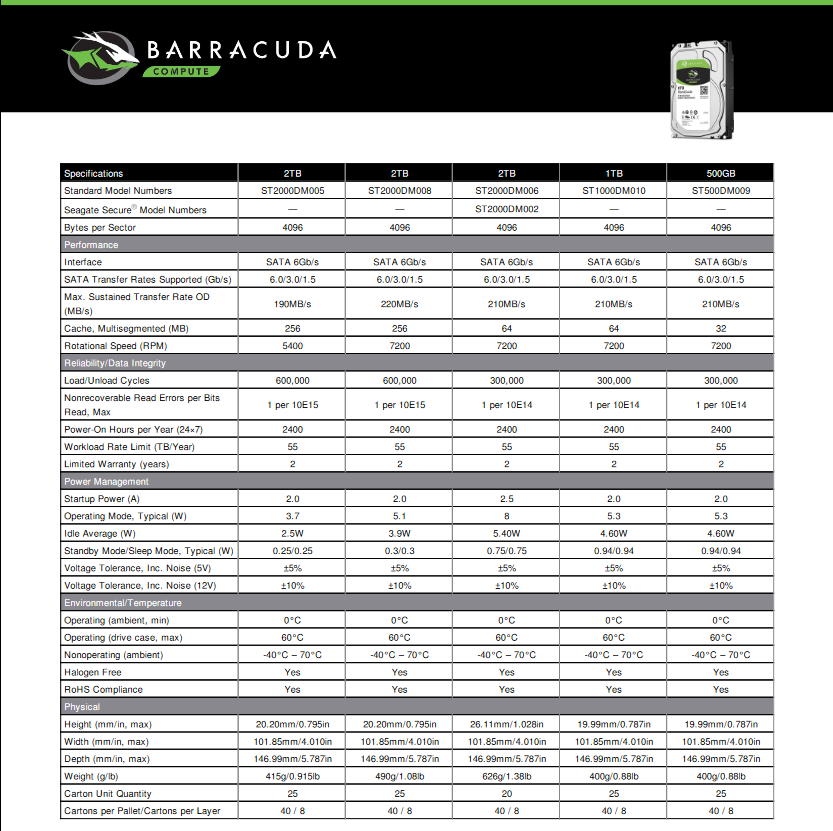 What IntelUser2000 is referring to in the post above is the following mechanism I found in reference to the Sequential data he reported in this post.

Usually, with old Intel RAID models (till ICH10R?), RAID 1 mirror reads only from the one drive at the same time. The last time we tested this, was November 2010 with Intel RAID controller ICH10R.

Now, our test shows, that the new Intel RAID 1 reads from the both mirror drives simultaneously. Writing speed stays the same, however reading speed is twice as fast. Basically, you get read performance the same as from RAID 0 stripe.
Click to expand...

^^^^ So RAID0-like acceleration from mirrored data found on both cache and backing store.

With that noted, I am still wondering about cache write policies used by Optane H10 (and Optane caching NVMe NAND).

With Optane caching SATA Intel uses Write back cache as described in the FAQ:

Does Intel® Optane™ memory use write-back or write-through caching techniques?

Write-back is used to optimize for performance and responsiveness. This mode captures most host writes into the Intel® Optane™ memory module first, and it updates the copy on the SATA disk during available system idle periods.
Click to expand...

^^^^ So as mentioned by the answer in the FAQ the backing store only gets updated during available system idle periods.

But I am wondering if Optane H10 (and Optane caching NVMe NAND) has a change in the cache write policies?

Obviously keeping the write back cache for purpose of buffering small files is beneficial for reducing write amplification and fragmentation of the NVMe 3D QLC.

But does there exist a cutoff point where cache policy is changed to write through? (Write through is when data is written simultaneously to cache and backing store with the IO reported complete when the write to the backing store is complete).

Or does it just use Write back (for everything) like the SATA Optane cache method?

My guess is that Write-through + write back is now part of how the Optane software works when using Optane H10 or when using Optane to cache NVMe NAND. ThIs because (unlike Optane caching a hard drive) the backing store (3D QLC in SLC mode) is faster at Sequential write.

P.S. Some additional information on how the existing Optane caching works (link below originally provided by IntelUser2000 here):

Secondly, while the RST system is running, the driver will continuously generate caching. And here there is one important difference between Optane Memory modules of different capacities: on a 16GB device, only block level caching is supported, on a 32GB device, block level caching and file leveling (both work simultaneously). In the case of block caching, the decision to cache a block occurs instantly at the time of the I / O request. In the case of file caching, the driver monitors the frequency of access to files and puts it all in a special table, which then (at the time of system downtime or according to the user's schedule) is used to determine which files are left in the cache, which are deleted and which are added.
Click to expand...

Both types of caching use rather clever algorithms for caching decision making – I can not describe them deeply, but for general understanding I note that, for example, video files are not cached (yes, the driver looks at File extension), the size of the file is taken into account, the type of load is determined – caching preferences are given to random access rather than sequential, which makes sense due to extremely slow operation of hard disks in random access operations, etc. On the Internet, I met some negative comments on the topic that "the cache will be immediately overwritten with data," "16GB capacity is not enough for anything" and the like – usually reviews from people who have never tested Optane Memory. I have not yet heard negative feedback about the performance of this solution from any of our partners I work with.
Click to expand...

Three reasons to use a RAID-5 array of the new (URE spec boosted) Barracuda drives with Optane.

2. Warranty Improvement. (Example: 5 x 2TB in RAID-5 (for a 8TB storage volume) would effectively have a work rate limit of 220TB/year vs. 55TB for a single 8TB Barracuda).

3. Capacity. (The boosted URE rating allows the creation of a RAID-5 storage volume that is larger than any single hard drive)
Last edited: Apr 18, 2019
0

Additive Sequential write not only for Optane H10, but also when Optane is caching a separate NVMe or SATA SSD.....hard drives too (which would include multi-actuator versions as well).

In fact, with the upcoming Optane M15 having a Sequential write of up to 1000 MB/s the additive write becomes that much more attractive!