VRMark comes in both Basic and Advanced Editions. The basic version is free and allows you to run one of VRMark’s two tests, dubbed “Orange Room.”
Click to expand...

Orange Room tests your PC with the recommended hardware requirements of VR headsets in mind. Futuremark says your PC will pass if it can hit the benchmark’s target frame rate without dropping frames—two crucial requirements for virtual reality. Orange Room also provides an overall score at the end so you can compare different system results.

Anyone who ponies up for the $20 Advanced Edition of VRMark receives another testing scenario and a lot more analytical tools. The second scenario is called “Blue Room” and it aims to really push your system to the limit. If your system passes, Futuremark says your PC can run VR games and experiences at the highest settings.
Click to expand... 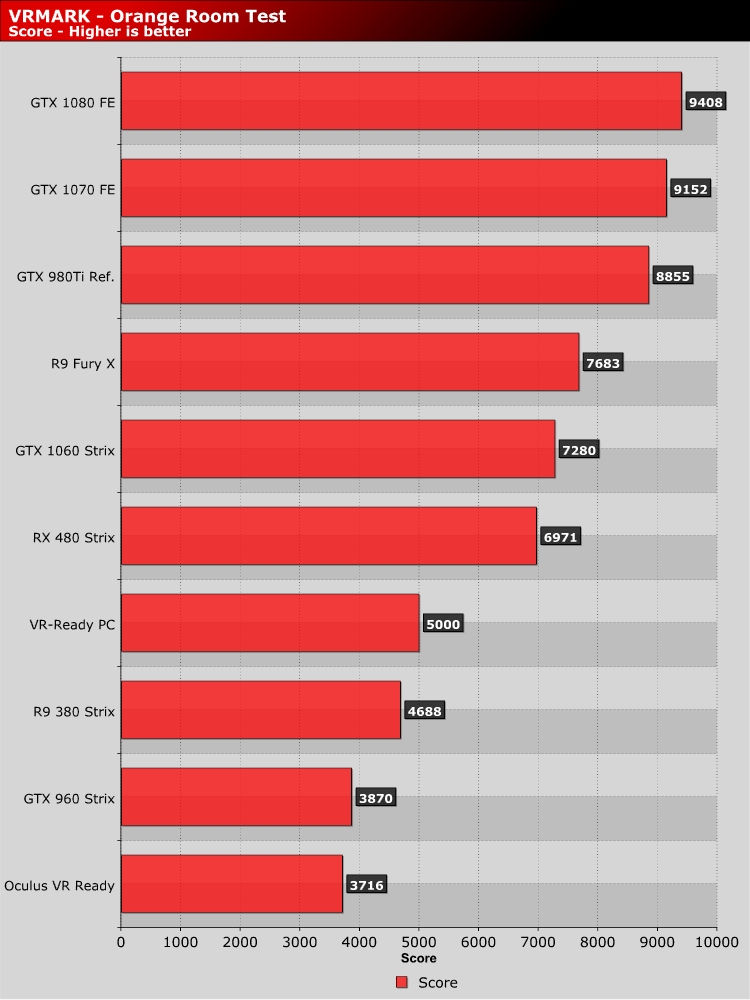 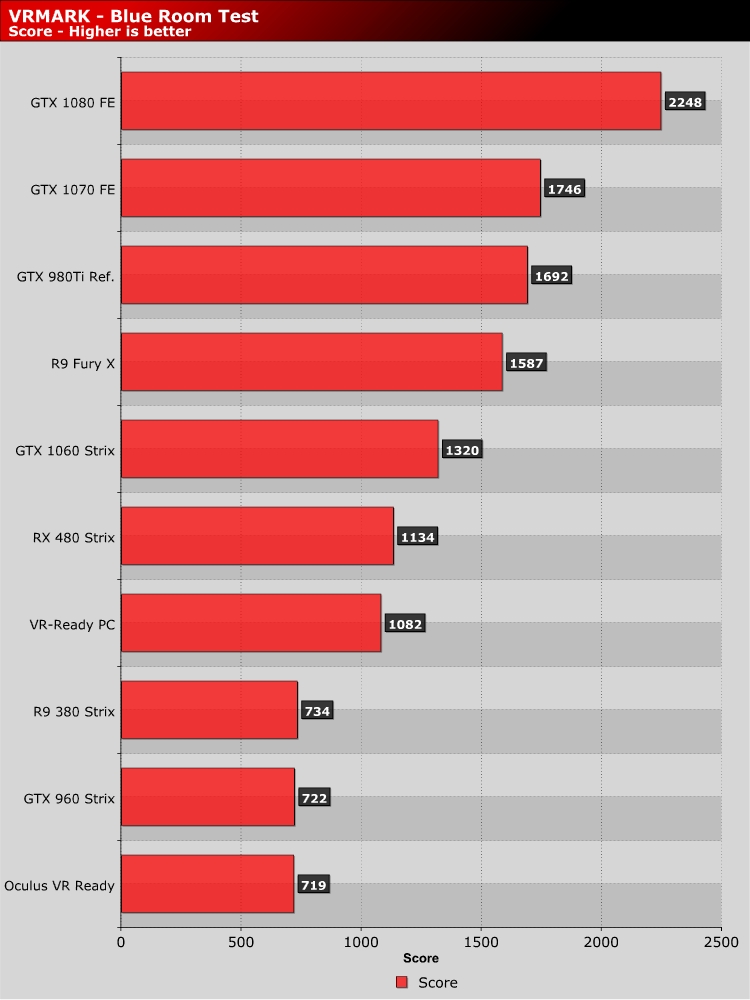 As for GPU and performance in H3VR, let's start with the bad. And the "bad" once again is AMD's RX 480. Let me quote Roy Taylor of AMD.

No matter how many "Premium VR Ready" stickers AMD puts on the RX 480 box is going to change the truth that the RX 480 8GB is probably one of the worst choices you could make when purchasing a card for a VR build. The GTX 1060 6GB video card is the "same" price and a far better choice. The Radeon RX480 is the only card in our review that cannot keep the system from falling into Reprojection at the "High" IQ setting, which is the default setting for this game. And we again we had multiple BSODs while using the RX 480 as well. Falling back a few driver versions solved this. But with the latest "Hotfix" driver I would suggest that Steam VR was unusable with the AMD RX 480 video card. I only actually got Steam VR to run successfully twice out of about 12 tries with driver version 16.10.1. The RX 480 is a continued failure in VR.
Click to expand...

Once again, the AMD Radeon video cards were the only ones that I had BSOD issues with. I was met with multiple BSODs using both the R9 Fury X and RX 480. Here are the notes I wrote during testing that I will simply cut and paste.

I simply do not have these issues while using NVIDIA hardware and drivers. Thankfully, AMD's products only seem to be broken here and there, instead of every time I want to use it. When I needed to use the system to go back in and check some things while writing this, and the RX 480 was still in the test system, I had enough problems that I finally took it out, put in an NVIDIA card, and got my work finished without having to reboot. Yes, I am getting frustrated.
Click to expand...

LiquidVR is a lie, Raja Koduri & Roy Taylor are biggest liars, caught with pants down and when called out, Roy Taylor blocks Hardocp on Twitter, really pathetic in denial company.
Reactions: Sweepr
B


LiquidVR is a lie, Raja Koduri & Roy Taylor are biggest liars, caught with pants down and when called out, Roy Taylor blocks Hardocp on Twitter, really pathetic in denial company.
Click to expand...

I'm amazed that [H] is still spouting that Premium VR = Best VR and not "PC" VR.

Also how is LiquidVR a lie? It is built into the Oculus Rift SDK and used for games internally. Guess Kyle would have known that if he was invited to any of the AMD events or cared to do any basic research...

Premium VR means PC VR. They use that to separate from Phone / Console VR. Anyone who paid attention would know they repeatedly called the 480 the entry level Premium (PC) VR card.


Since people are still having trouble:

Edit: do we not have the thumbsup emoji?
S

Same suspects spouting the same rhetoric that's been debated many times with no sides -wanting- to learn or change.

This sub forum is shit.


Profanity is not allowed in the technical forums,
Markfw900
Anandtech Moderator


Would be nice to see a more technical break down of this benchmark after what Futuremark did with their DX12 one.
Last edited by a moderator: Nov 4, 2016