I hope I'm posting this in the right section of the forum. I replaced my stock CPU fan, which failed, with Arctic Alpine 11 fan earlier today and have been testing my computer for the rest of the day. The computer works fine, but I noticed high TMPIN6 and TMP8 temperature value in CPUID Hardware Monitor utility, which are around 110 degrees celsius. Please see attached screenshot.

Since the computer works fine I would like to know if such values are normal? 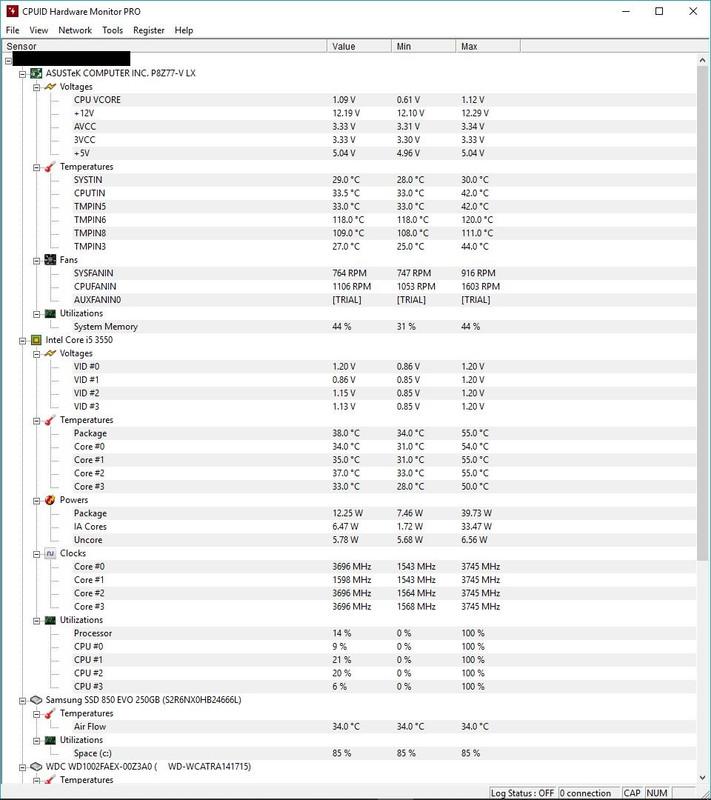 I would guess they are wrong.

Are you running more than one monitoring program?
C

Did you happen to notice those temps before you replaced the fan?
M

Does anyone know where these TMPINT6 and TMPINT8 sensors are usually located on the motherboard? I believe that the value is incorrect otherwise the compouter would melt, because to my knowledge no computer component can sustain such high temperature. I also did some research on the internet and found other had similar issues with TMPIN6 and TMP8 values in CPUID Hardware Monitor. Is there any other monitoring software tool I could use to test the values of TMPIN6 and TMPIN8 sensors?
R