Nothing surprising, we know the right wing in this country is mostly shit people 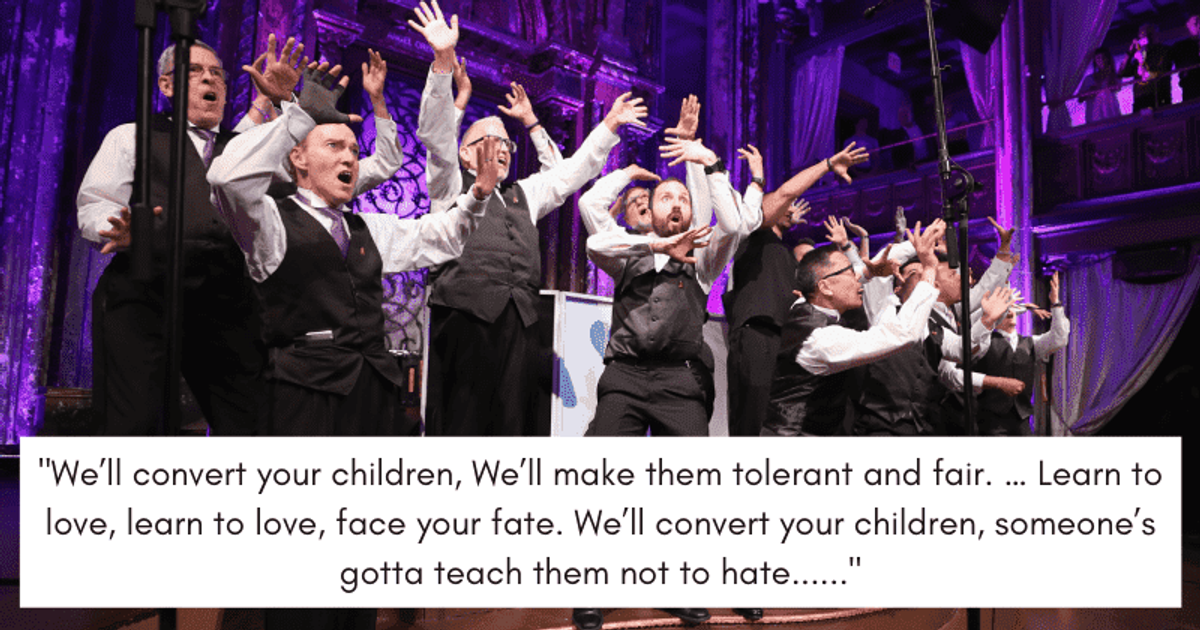 Right-wing media and some conservatives didn't get the parody and targeted the singers and sent death threats.
scoop.upworthy.com

A satirical song performed by the San Francisco Gay Men’s Chorus has sparked controversy with many conservatives and right-wing media taking offense at the video. The chorus parodied age-old anti-gay narrative but the right-wing media has used it to target the chorus, forcing SFGMC to delete the video and apologize. The video titled "A Message From the Gay Community" was posted on YouTube during the July 4 holiday weekend. The video features many members singing the parody song. It starts out, "You think we're sinful, you fight against our rights, you say we all lead lives you can't respect," before singing, "We'll convert your children... We'll make them tolerant and fair."