The President says "Nobody likes me"

People are saying the President is very sad that he cannot beat Corona and "nobody" likes him. 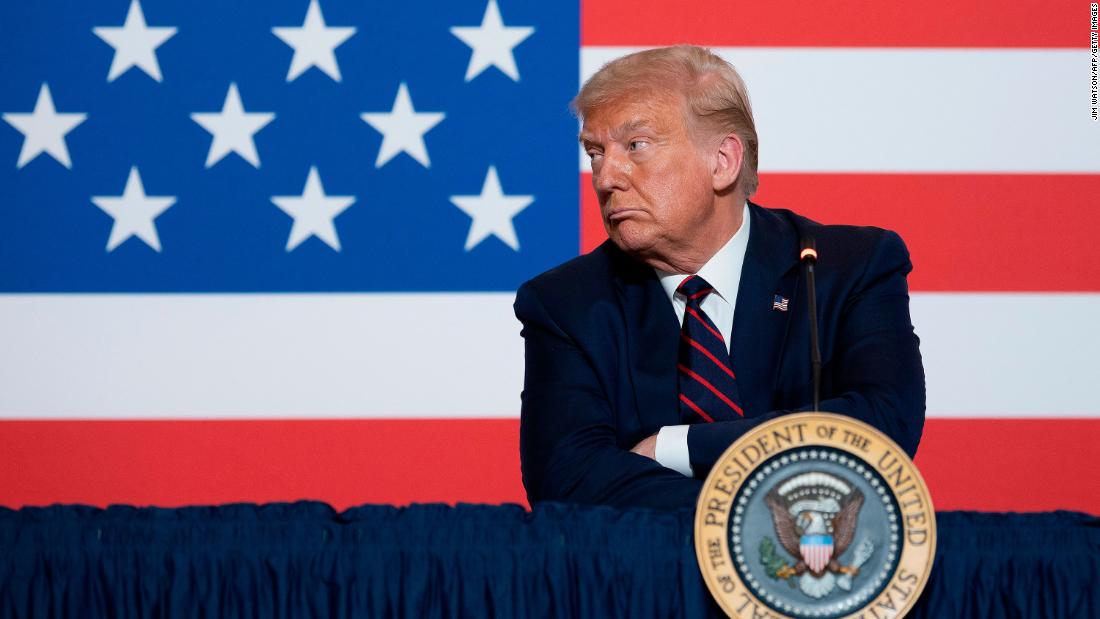 'Nobody likes me,' Trump complains, as even his allies fade

Lamenting his plunging popularity this week, a self-pitying President Donald Trump wondered how it all went wrong.


all I can say is

Who knew the text on these shirts would be so accurate.
Reactions: BUTCH1 and ch33zw1z

Oh so he does understand reality?
Reactions: Thump553
S

Nobody that matters has liked him since he was born. 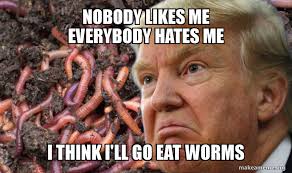 That's all I can think when someone says "nobody likes me." It's something children say.
Reactions: Meghan54

That's all I can think when someone says "nobody likes me." It's something children say.
Click to expand...

In the event the President loses, I would love to stand outside the White House wearing the above shirt with a 2020 edit:

You know, its pretty easy to deduce whats going on. Take notice of the "I'd like to show you a graph" part.
I am certain that aides actually showed him a graph showing the US all the way up there with testing, the best in the world, and the rest all the way down there with less testing.
I am also certain that aides didnt show him a graph showing tests per capita which is the only meaningful metric in this context.
I am certain as well that this data is shown to him because he has surrounded himself with yes-men, yes-men that delivers what they think the boss WANTS to see, not actual reality. So these yes-men warps reality before presenting it to the boss and when the boss then is forced face to face with reality, boss dont understand what the fuck is going on.
I am 99.99% that his is what is going on here.
Also, the Russian bounties was probably the last page in the brief and at that specific time no-one called it out to his face - well knowing that he would never read it, thus giving the staff some level of plausible deniability on the Putin-fluffing aspect of the Trump admin.
Its a disaster.
B

He was openly puzzled the other day when he said Dr Fauci gets better "ratings" than him, it's clear
he thinks it's a TV show and Fauci is the competition, Jesus this is just a horrible, horrible idea to vote an
asshole like this for POTUS.
Reactions: FaaR
V

Trump refuses to see who the problem figure is in his administration. Even when he bottoms out, it’s “people don’t like me” not “I’m doing a terrible job”. He’s absolutely convinced he’s great. The worst he can think of himself is that other people just don’t understand his greatness. So if there are problems, it must be due to somebody else who’s interfering with his greatness. He's used to just firing that person, removing the obstacle and everything will be great.

I think we’re seeing this in Trump’s response to Covid19. He just keeps thinking this isn’t supposed to be happening to his Presidency. His Presidency is supposed to be perfectly great. In his mind, Covid19 should just go away.
You must log in or register to reply here.
Share:
Facebook Twitter Reddit Tumblr WhatsApp Email Link