IRobot23 said:
Only for you:
1. The latency that is not produced by IMC on RYZEN
2. Latency is cause by poor clocked NB = data fabric
Click to expand...

1) So you don't think that a low clocked IMC would lead to higher latencies? With Intel CPUs, the L3 cache runs at the same speed as the memory controller as its uncoupled from the core.

2) That has something to do with it I'm sure, but it doesn't explain all of it.

Because it's a dual channel platform.

So does i7 7820X has poor IMC because of latency? You can check i7 6900K will have lower latency
DDR4 latency is not cause only by IMC, NB (DF)... is basically everything on its way.
Click to expand...

The 7820x has a quad channel memory interface which is more complex than a dual channel interface, which leads to higher latencies.

Also, by increasing the size and hit rate of the L2 cache for Skylake-X, Intel made a tradeoff by having a slower and smaller L3 cache. So the reason for the higher memory latency for Skylake-X is because the L3 cache is both smaller and slower than Broadwell-E's.

This trade off I think is good for rendering, encoding and productivity apps, but bad for gaming, as games are more likely to spill over into system memory. The way you get around this though, is by having extremely fast RAM, much like many people have already figured out with Ryzen.

Here's a pic from my rig for comparison: 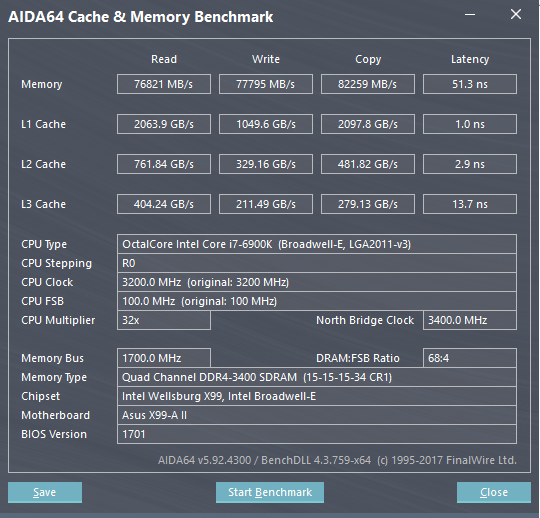 Why is IF (Data fabric) blessing and curse?
This test tells everything
Click to expand...

I'm pretty sure that AIDA64's benchmarks scale according to core count, so the main reason for the very high bandwidth score in that test is because of the 16 core Threadripper.

It seems that there is a big disparity between the i7 and i9 branded Skylake-X chips when it comes to aida64. 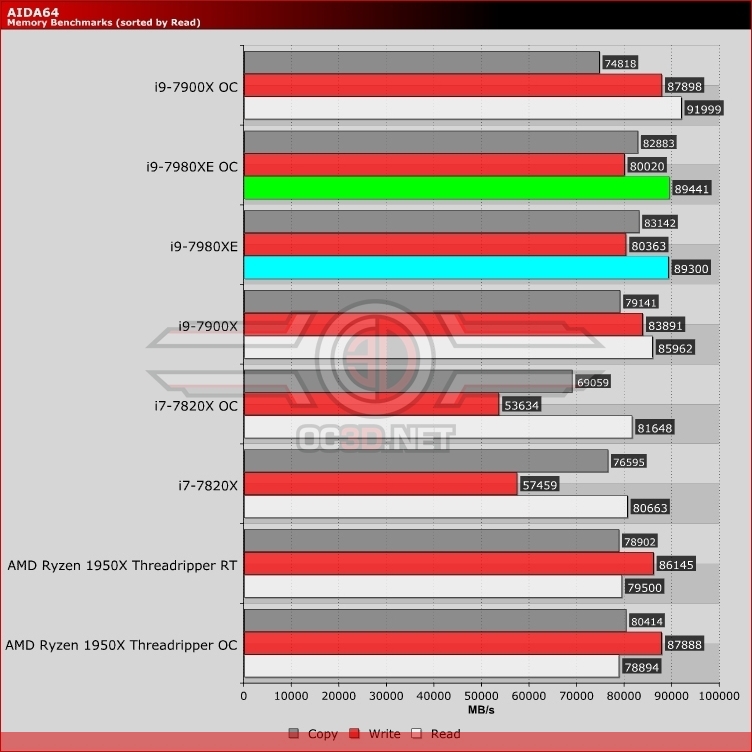 Also, it seems that it's not core-count dependent at all on the i9s.
Reactions: Drazick
C

tamz_msc said:
It seems that there is a big disparity between the i7 and i9 branded Skylake-X chips when it comes to aida64.

Also, it seems that it's not core-count dependent at all on the i9s.
Click to expand...

According to this, AIDA64 updated their cache and memory benchmarks to be multithreaded aware years ago. It's likely that it stops scaling beyond a certain point though.
You must log in or register to reply here.
Share:
Facebook Twitter Reddit Tumblr WhatsApp Email Link