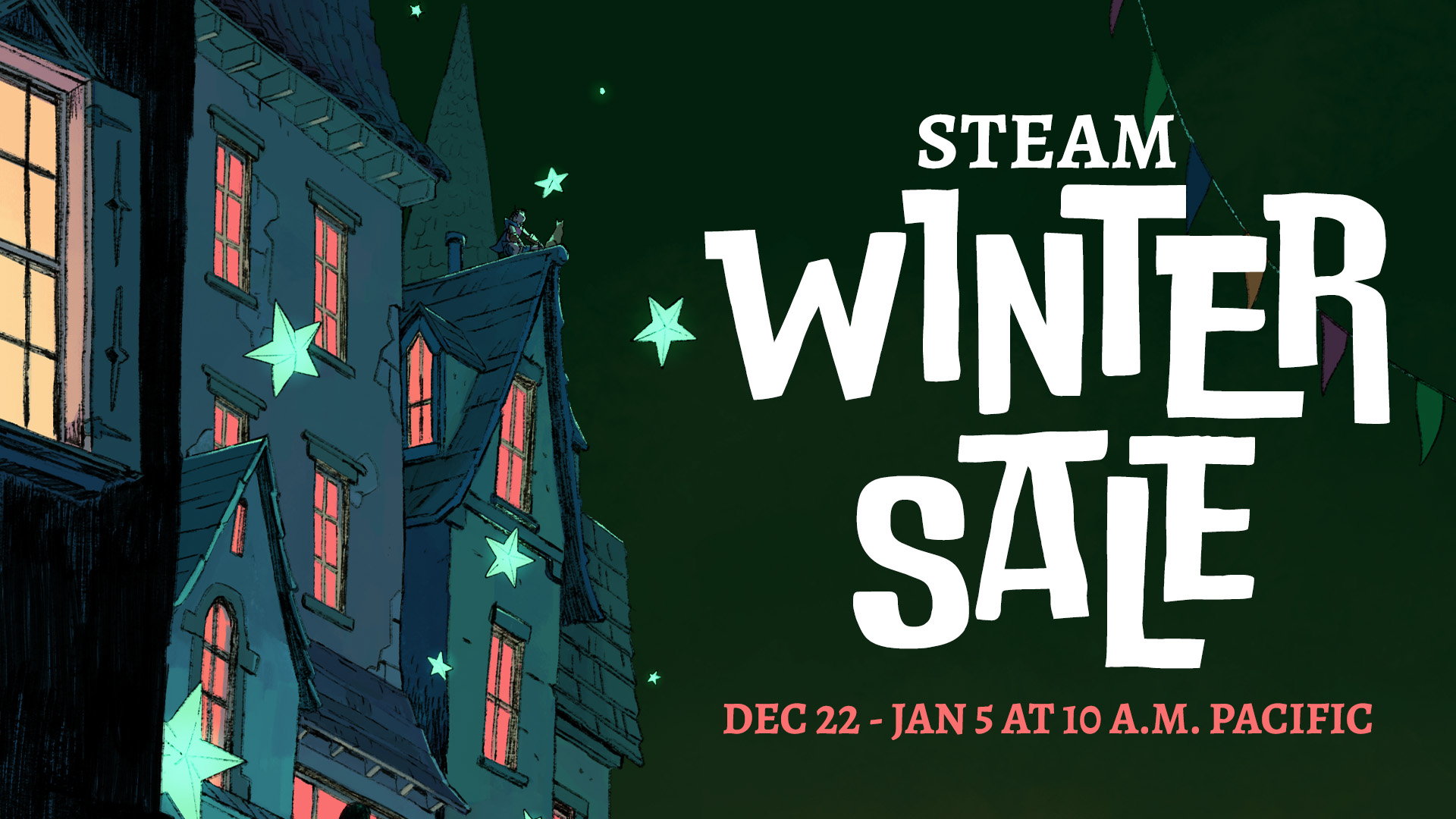 The Steam winter Sale is on now — find great deals on thousands of games! Plus vote for the best games of 2022 in this year's Steam Awards.

I'm curious if we will get a winter sale in about a month like we usually do. I'm still working on my backlog so I doubt I'll grab anything, but it seems to be a pretty standard 35-50% off most things and 65-85% off indie games.
I

Nothing for me. I want to pick up Borderlands 3 Ultimate edition but it is still too expensive because I already have Borderlands 3 Super Deluxe edition that I paid $50 for it.

Igo69 said:
Nothing for me. I want to pick up Borderlands 3 Ultimate edition but it is still too expensive because I already have Borderlands 3 Super Deluxe edition that I paid $50 for it.
Click to expand...

I honestly didn't know there were other editions for BL3. I grabbed that game sometime last year during a sale because I was planning on building a new PC, but then GPU prices shot up higher than my first car and I won't be spending that much money for a single GPU. So maybe by the time I get around to building a new PC then the ultimate edition will be even cheaper.

Quite a few games I want this time around, but I'm going to wait until the Christmas sale.

I picked up a few classics. Bio Shock catalog, BulletStorm and a few others. Picked up Days Gone as well. I don't want to go crazy and buy 100 plus games that I'll never have the time to play.

I'm waiting on Dying Light2 and God of War 4.

tempted by Horizon Zero Dawn.. but i already have a million games i need to beat

Fenixgoon said:
tempted by Horizon Zero Dawn.. but i already have a million games i need to beat
Click to expand...

Same, I played a good chunk of it on PS4 but didn't finish it, and never got to the DLC. After coming to PC I put it on my wishlist, but I honestly barely have time to play even new games let alone games I've already played a decent amount.

I'm tempted by Guardians of the Galaxy too after reading a bunch of good things, but I can probably hold off since it's just single player. It'll get even cheaper the longer I hold off

I was going to get Guardians of the Galaxy but then I saw the Denuvo disclaimer on Steam. No way I'm paying for that garbage.

Interestingly while the Denuvo disclaimer was fairly visible on Steam it was either very well hidden or completely omitted on Epic and Square Enix storefronts.

Satisfactory is marked down 30 percent. I highly recommend it to anyone who is tired of the same old crap being churned out every year. Its a lot of fun discovering all the neat little gameplay features, making a nice big shiny factory and also exploring a beautiful landscape. Even if you think you dont like factory games this one may surprise you. Check it out for two hours and ask for a refund if you dont like it. But you probably will.


Ghost Recon Wildlands is also marked way down, like 80 percent. Its got an absolutely huge world to play in which translates to tons of gameplay, a real bargain for the money. The shooting action is pretty good and theres lots of toys and a pretty decent story, but all the cutscenes are skippable if you just wanna get back to the action. I dont like most big sandbox shooters but this one is actually good. Only downside is the DLC is mostly garbage, not worth the time or money.
The one that followed is worse. I think its called Breakpoint. The gameplay is inferior and they keep trying to force you online and into groups. I didnt love it. Stopped playing after the first day and never went back.
I think The Division is marked down as well but I didnt like it. Too much grinding. Almost like the MMO of shooters, but not as much fun as a real MMO.
Reactions: N2gaming
I

Stg-Flame said:
I honestly didn't know there were other editions for BL3. I grabbed that game sometime last year during a sale because I was planning on building a new PC, but then GPU prices shot up higher than my first car and I won't be spending that much money for a single GPU. So maybe by the time I get around to building a new PC then the ultimate edition will be even cheaper.
Click to expand...

Yeah, Gearbox released few version to milk people and they all got very negative reviews because of how little content they provided. Ultimate version combines all DLCs and it is cheaper on Greenmangaming right now
Reactions: Stg-Flame

Oh and Vermintide 1 and 2 are marked way down. Like dirt cheap. Vermintide 2 is the overall better game. It basically has everything the first one did plus more stuff. Similar to Left 4 Dead one and two.

And they both have tons of DLC, also marked way down.

Bought all the original dishonored DLC (Knife of Dunwall, Bridge more Witches, Dunwall trials) In a bundle for 5 bucks since it's not liable to ever get any cheaper.

I'd like to get around to playing them one day, and I'm always happy with more Dishonored.

Outside of that I'm sitting tight until the winter sale where I'll probably pick up 5-6 games.

no mans sky is down 50 percent, to 29.99.
Which makes no sense. Its over 5 years old, it was crap on release, and their patches still haven't brought the game up to the features and content they originally promised.

Bought 3 copies of Deep Rock Galatic and Gunfire Reborn for my friends and myself. Both are really good co-op games to play with friends.

Also bought Undermine, HL Alex and Cyberpunk. I don't plan on playing Cyberpunk for quite awhile but HL Alex I'll probably play in the next week or two. Undermine I put a few hours into last night and it's quite fun.

I was going to mention Vermintide 2 regularly goes on sale for 75% off because it's best played with friends, but my only issue with that game is none of my friends want to play how I want to play. They insist on speed-running every single level and ignoring the vast majority of everything. Just kill and run is all they want to do which I can kinda agree with since all the people I play with are friends I made back during my L4D2 days and in that game, if you're not running, you're dying. But I feel like Vermintide has a lot more to offer if you explore a bit, but maybe that's just because I haven't played it very much. It was a lot of fun solo and a lot less fun with randoms, but pretty mediocre with people who just wanted to rush through every single section as fast as possible.

X-com 2 is 90 percent off, which is an outstanding deal, but only if you love X-com.
N

I love playing Ghost Recon Wildlands and Ghost Recon Breakpoint in fact those two games are the only games that I've played for the last two years.

I just today started looking at STEAM for another FPS game to play that is similar to Ghost Recon Wildlands/Breakpoint.

Wildlands is pretty good but Breakpoint was severely lacking.
But shooting is shooting, so....