TESKATLIPOKA said:
What I am looking for is 12900k vs 5950x, but Markfw only has 12700.
I am interested in CB R23 score at different number of threads, because in reviews you either have 1T or Max number of threads and nothing between.

The problem is that my 12700F and all but one 5950x are on linux. The one 5950x on windows is an older motherboard, so it does not work that well, but still I would have no ADL cores to test. My only testing has been with DC applications, and I disabled the E-cores since they don't work as well as AVX512 in primegrid. They are strong cores, but the power usage is much higher than Zen 3 per core.
Reactions: Grazick and Drazick
0

TESKATLIPOKA said:
Everyone is discussing only desktop, but In my opinion mobile is where AMD will shine.
Both with Phoenix(strong IGP) and with Raphael(16C).
Intel won't give you a CPU with more than 96EU so Phoenix will win by default.
It's likely Intel will release 8P16E mobile CPU, but power will be a problem as is with ADL and AMD will double the number of cores.
Click to expand...

Power is an issue because you have to cool the chip. In reality things are going to be closer than you think
0
A

35% uplift for a 7950X vs 5950X should be easy to achieve because of the latter s relatively low frequency in MT.

coercitiv said:
4.5Ghz @ 230W is something that 5950X can do today in CB / Blender, expect Zen 4 to clock higher than this given the new node and the speed oriented design.
Click to expand...

Yes. We know the IPC (ballpark) and based on that AMD needs to hit around 5 ghz all core, just to hit the demoed 35% MT gain.

The rumored base clock is 4.7Ghz so it shouldn't be a problem (just look at the 5950X base clock)
Reactions: TESKATLIPOKA, lightmanek, Elfear and 3 others
0
T

uzzi38 said:
Power is an issue because you have to cool the chip. In reality things are going to be closer than you think
Click to expand...

coercitiv said:
4.5Ghz @ 230W is something that 5950X can do today in CB / Blender, expect Zen 4 to clock higher than this given the new node and the speed oriented design.
Click to expand...

uzzi38 said:
I can tell you now that 4.5GHz all core is going to be extremely easy to achieve.
Click to expand...

Greymom55 seemed to state that 5,1GHz all-core is not a problem for Ryzen 7000. And when asked if that's for dual or single CCD SKUs he just replied "8 cores can go 5,5GHz"

Stock/PBO/manually tuned/whatever... make of that what you want, just thought it was pertinent to bring up.

That s not at 45W, the number is for the first run, in the power charts we can see that the laptop consume 105-110W in Cinebench with an external monitor...
Reactions: Mopetar, lightmanek, Elfear and 5 others
1
T

Abwx said:
That s not at 45W, the number is for the first run, in the power charts we can see that the laptop consume 105-110W in Cinebench with an external monitor...
Click to expand...

reb0rn said:
I would not agree for that math, as E core use a lot less power so in multithread work it can push the limits while the zen and P cores will be limited by the power more so
also I almost never see point in thread in task I need
Click to expand...

This is getting off topic in a Zen 4 thread, but ADL E-cores are actually equal to less efficient than ADL P-cores at the frequency they are (ab-)used.

Chips and Cheese did some article about that in January:

Reviews across the internet show Alder Lake getting very competitive performance with very high power consumption. For example, Anandtech measured 272 W of package power during a POV-Ray run. Our o…

I discussed that in the Intel Lakes & Rapids thread (where this discussion belongs):

uzzi38 said:
I can tell you now that 4.5GHz all core is going to be extremely easy to achieve.
Click to expand...

I'll wait for @pakotlar to provide a more realistic ballpark figure on consumption and temps. Preferably, untweaked as well.

I'll wait for @pakotlar to provide a more realistic ballpark figure on consumption and temps. Preferably, untweaked as well.

(I'm actually not even joking. Because [REASONS], you should expect the chip to run at TjMax under a full all-core workload even with a hecking big AIO on it.)

EDIT: For clarification, I don't know if Cinebench will be enough to do it, it's going to be this way for heavy all-core workloads
Last edited: Aug 22, 2022
Reactions: Elfear
0

That might be possible with an all-core OC, but PBO on my 5950X for example has it running at ~4.3GHz at 200W+, so this isn't a good indicator of power.
Reactions: Tlh97 and coercitiv
0

Are you having lasagna again?
Reactions: lightmanek
0

If 171W for 4.5Ghz all core on 5950X is possible with all core OC, but PBO needs significantly more, doesn't that just point to plenty room for optimization of the automatic behavior programmed in the firmware? Manual optimization will always be hard to beat, but the aim should be to bring automatic optimization as close as possible.
0
H

Base clock of the 5950x is 3.4 GHz. That is what it should run if you turn off boosting so that it keeps to its rated TDP (105 W). With boosting turned on, there isn't a guaranteed base clock but it seems to be around 3.8 GHz or so, depending on silicon quality, voltage delivery from the MB, etc.
Reactions: Kaluan, lightmanek and Zucker2k
0

coercitiv said:
Are you having lasagna again?
Click to expand...

I'll wait for @pakotlar to provide a more realistic ballpark figure on consumption and temps. Preferably, untweaked as well.
Click to expand...

75watt over ~83.7mm2 is not too hard to cool when you are running custom watercooling.. So yeah, delta was 30 degrees between idle and load.

With all automatic PBO tuning i need 220watt to hit same 4500mhz in Cinebench r23.

Optimally could pretty much have ran 4650/4500mhz as first CCD0 is ~150-200mhz better than second CCD1 at same vcore..
Really hope they fix this PBO drawback with Zen4, as all Zen3 dual CCD cpus are always limited by their worse CCD1 as they can only run allcore clockspeeds and not separated "8core + 8core".
Last edited: Aug 22, 2022
Reactions: Vattila, lightmanek, Elfear and 1 other person
0
A 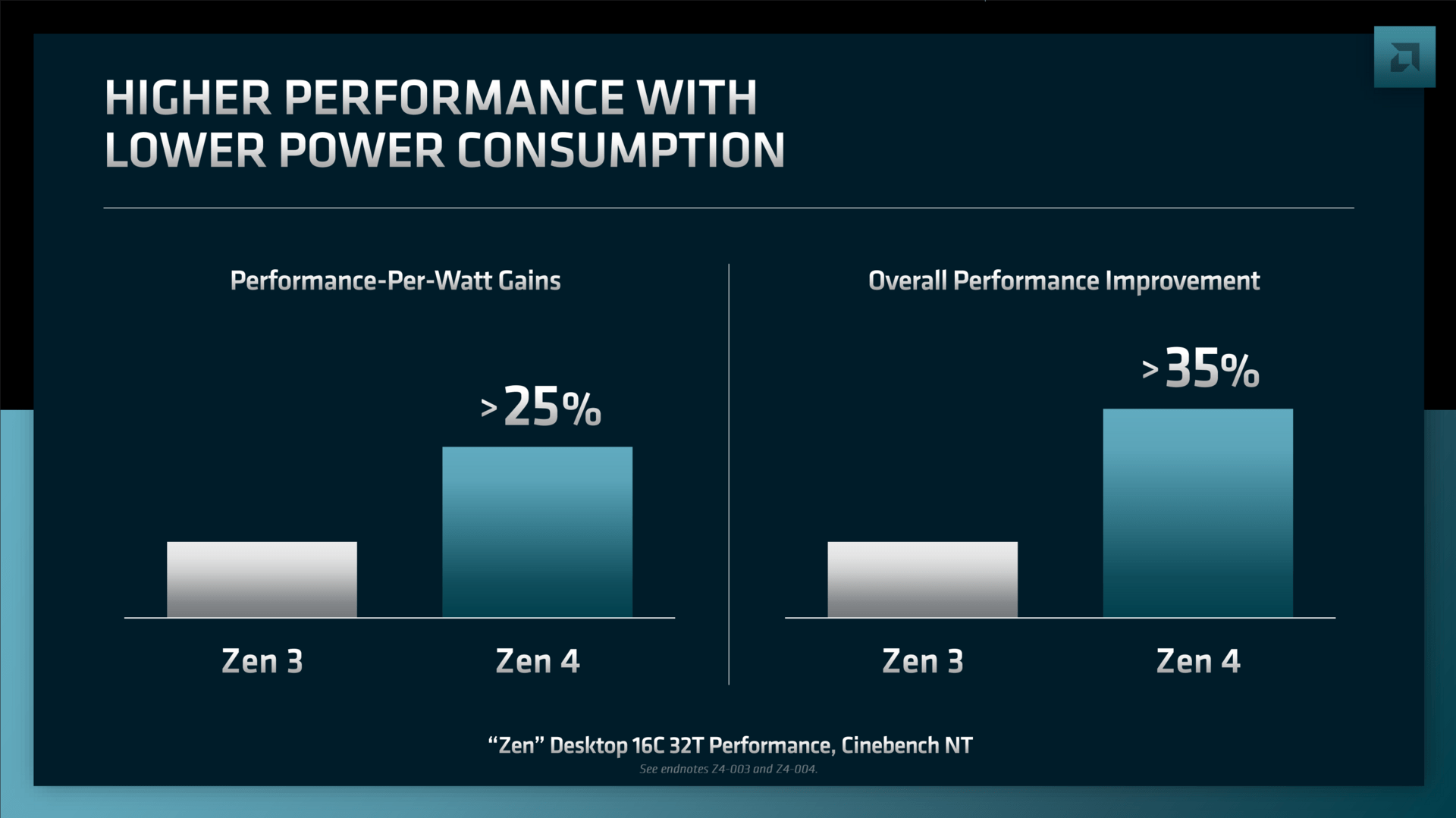 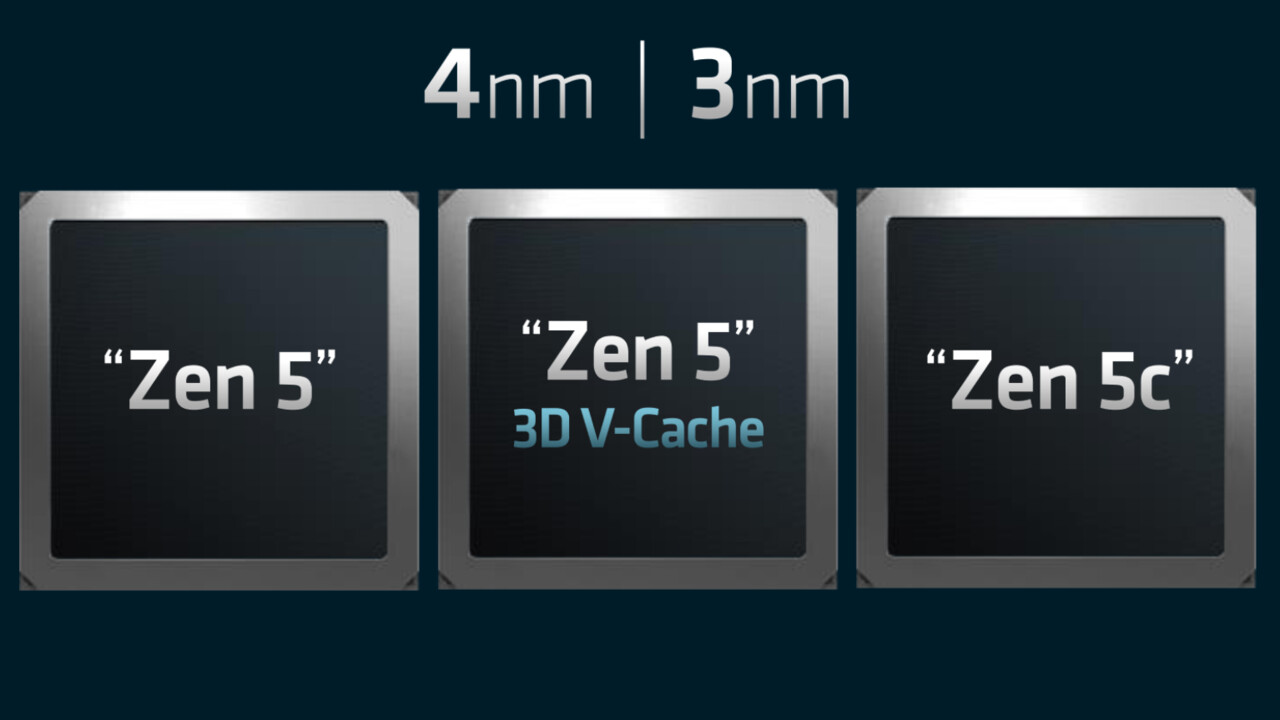 Yeah, I think the big takeaway from that slide is that N5 gives them >25% more all-core clocks at iso power, and the remainder of the performance gap comes from IPC.

Stock motherboard settings with PBO disabled in bios
CPU used only 128 watt PPT, seems to be limited by the stock TDC and EDC limits in Cinebench r23
Max allcore effective clocks were 3760mhz

Assuming clocks are a cubic relationship with power, probably like another 15% tops.
0

In theory, a Zen 4 16C @ 4.3Ghz SKU *should* score 31.87 (~32K) points in R23 while consuming the same 142W PPT. This leaves a lot of TDP headroom for all core boost if the new maximum for PPT is ~230W. I expect an all core boost to be app dependent but ~5-5.2Ghz should be doable.
Last edited: Aug 22, 2022
Reactions: Kaluan, lightmanek and Det0x
You must log in or register to reply here.
Share:
Facebook Twitter Reddit Tumblr WhatsApp Email Link