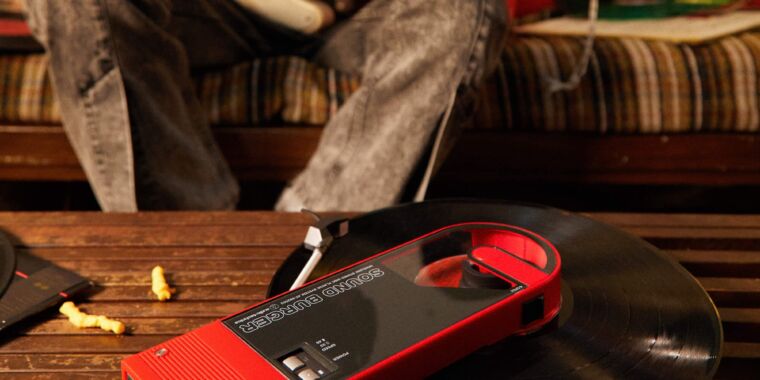 Audio-Technica brings back a cult classic to cash in on vinyl's second act.

Are vinyl records still being released?

Audio-Technica brings back a cult classic to cash in on vinyl's second act.

Are vinyl records still being released?
Click to expand...

I assume you are joking, but you're not hip these days unless you listen to vinyl.

Personally I was thrilled when CDs came on board-much better audio quality and almost impossible to wreck.

Last winter I dug up my old turntable from the basement. I still have my vinyl collection from the late 60's through the mid-80's-two or three six foot shelves. My stylus was won out, so I bought a new cartridge from someone on ebay who seemed to know what he was doing. I researched extensively how to clean records and one weekend when my wife was gone I set up a production line and cleaned a couple hundred of the albums.

Some (the party albums, Beatles and the like) were not in the best of shape, but I had a couple of albums I knew I hardly ever played. Even they sounded just OK at best. I bought some vinyl sleeves online and was given a bonus of a brand new old in stock 45 that had never been played. Even it was just OK.

I'll hold the rest of my albums so my estate can profit off them.

BTW if you are really hip, the latest craze is cassettes, believe it or not.
Reactions: igor_kavinski

I never stopped listening to my vinyl. I would never use this turntable tho.
Reactions: bigboxes
I

Oyeve said:
I would never use this turntable tho.
Click to expand...

Because it may damage vinyl?

igor_kavinski said:
Because it may damage vinyl?
Click to expand...