Since there seem to be a bunch of Bitcoin fans and Bitcoin haters in this forum, I figured that I'd put up this question just to see what comes up. The "winner" at the end of 2018 gets bragging rights, assuming that they posted their response before 2018 starts and they didn't edit it at any point during the year.

I think that we should use "Price Is Right" rules, so choose your closest estimate in US Dollars without going over.

Personally, I'm guessing that it the price of Bitcoin will be around $2,500. I'm thinking that "the crash" will occur early next year, and will probably be caused by a major government crackdown on cryptocurrency. Still, I'd expect the currency to be popular with the criminal underworld until something better for international money laundering comes along.
R

I think you could be right. Wouldn't be surprised....

There's already like 3 bitcoin threads why create a new one?

Because this is a contest, and I don't want it to get buried between pages 46 and 49 of the other mega Bitcoin posts. 12 months from now, we'll dig this one out of storage to find out who gets bragging rights

There was some prediction that it could eventually hit 60k before it crashes for good.

I hope that's wrong, because I didn't buy any.
L

Seriously, do we need another bitcoin thread? Hopefully it tanks hard.

Why do people always complain about having more than one thread on a subject. We may as well only have one thread about technology then. Merge all the forums and have 1 thread!

Funny thing is if you bump a thread then you get called out for a necro. Can't really win.
Reactions: [DHT]Osiris
L

Because there is literally a thread on this topic on the first page?

Not sure you know what Necro means.

I'm going to take a wild guess: $32K, but only if the Lightning Network becomes functional. If LN fails or is delayed, then $3K.

I think that there are a lot of us who think that it's going to tank. I'm curious how much the rest of us think it will drop.

Paris Hilton is starting her own currency

* If I did this, it hurts. I'm losing -25% of my BTC holding ($14,000 now) to buy VET.
* The conservative side of me thinks to leave BTC alone, but I'm feeling FOMO for VET. By the time BTC recovers, VET may have made much more returns. And I may regret not doing it.
* I have more fiat to invest from Coinbase by January 6. But I just think I can't wait that long. Who knows how much VET may grow in a week.

What do you think guys?

1. Should I dump BTC for VET at a 25% loss tonight?
2. Leave BTC alone and buy VET with more fiat full 6 days from today? (Saturday)

I think that you meant "posterity".

VirtualLarry said:
I think that you meant "posterity".
Click to expand...

I guess that depends where the price ends up. If it's around $50 at the end of next year, there are a few people around here preaching austerity

I figured that I'll give this post it's 12 month bump as promised. Looks like Arcadio might have the winning entry if the price stays where it is now, but snoopy7548 will take the win if it drops below $3000. Sure, he totally cheated by stealing my estimate, but I'm the dummy who picked Price Is Right style pricing rules

Lower than last year at this time.

Red Squirrel said:
Lower than last year at this time.

Ugh... ETH is down to $88 now. That sucks for me as well, since I need a little bit of Ethereum to fund Coolcoin transactions.

ultimatebob said:
I figured that I'll give this post it's 12 month bump as promised. Looks like Arcadio might have the winning entry if the price stays where it is now, but snoopy7548 will take the win if it drops below $3000. Sure, he totally cheated by stealing my estimate, but I'm the dummy who picked Price Is Right style pricing rules
Click to expand...

Even if I win, you'll always be a winner to me.

I know this was for Jan 2018 but the thread made me think about where the bottom might be for btc.

So I looked up what the trading volume is by country. See the full list here - https://irishtechnews.ie/which-country-trades-the-most-bitcoin/

US was first followed by Russia and then the UK. For the US and UK, I'm going to guess most of the interest is speculative. For Russia it's probably part speculation and part capital preservation and maybe capital control evasion like China.

I thought China would be the leader but it's actually in fifth place behind Venezuela.

China I think is mostly about evading capital controls and Venezuela is almost certainly preservation.

The point though is that btc seems to have found a pastiche of use cases. And since amount of btc that actually circulates is a tiny fraction of what has been mined, I think it's likely that the price will stay above the $1-2k range.

But if you're still brave/stupid enough to trade this, keep an eye on those sources of demand, especially capital control evasion and capital preservation. Both of those are very tolerant of btc's failings like it's notoriously long transaction times. Both are also probably immune to the high volatility since I assume that most people are only in btc long enough to trade into more stable assets. 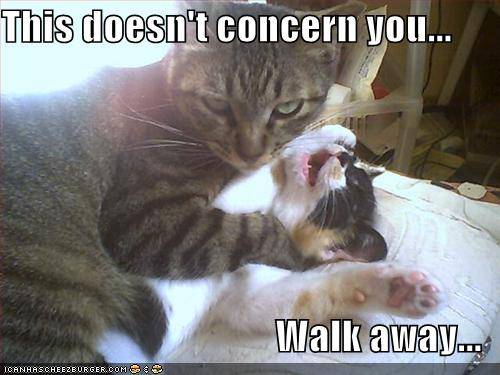