Discussion So Reagan was not only Trump's mentor, but Laura Ingraham's mentor as well.

Is Reagan somewhat responsible for all that is occurring right now? 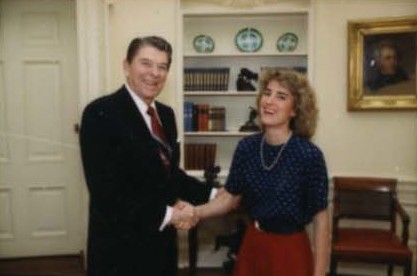 Wait…what? Reagan might be responsible for runaway wealth inequality, the rise of right wing media, and cultivating evangelical Christians into a cult of personality that eventually enabled Trump??? Say it ain’t so!

No link to that article provided.
A

No link to that article provided.
Click to expand...

She was a speech writer for the Reagan administration.
More like boss to her than mentor... but still she worked for him. 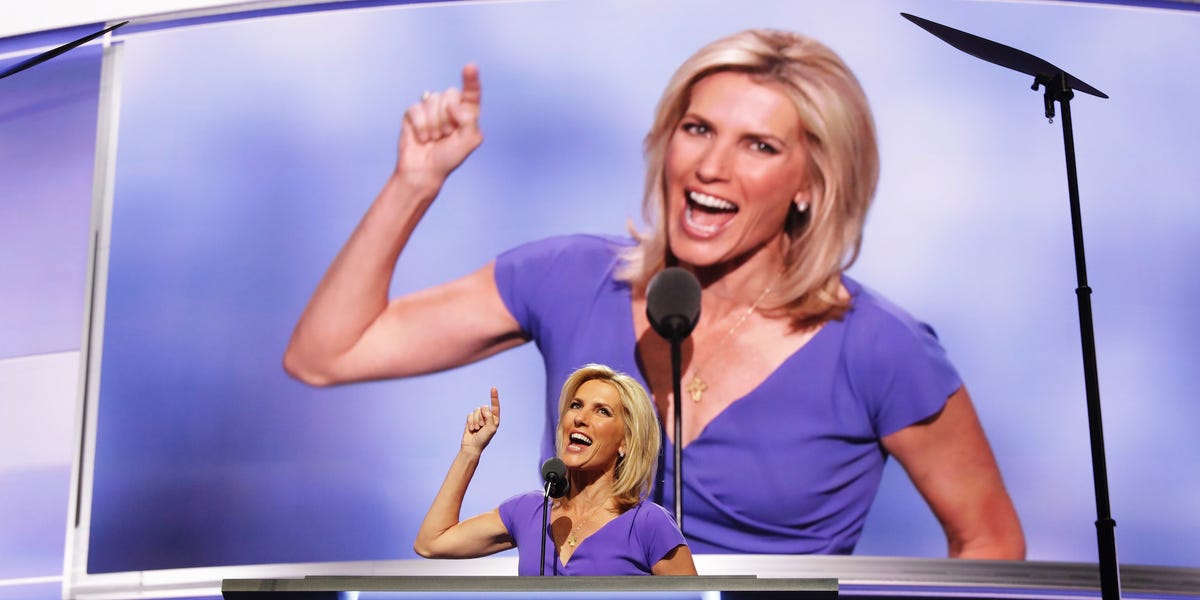 The life of Laura Ingraham: How a young conservative became a national figure, then a Fox News firebrand

Laura Ingraham is one of Fox News' most popular anchors. She's courted a lot of controversy in her career. Here's her life so far. 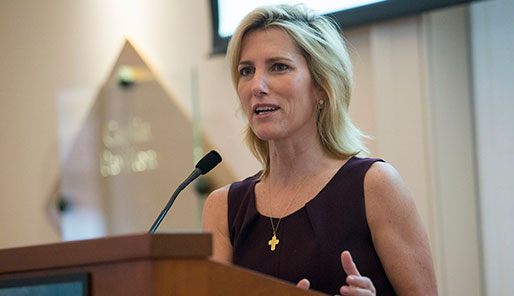 Talk radio's Laura Ingraham, a conservative political commentator and 1991 graduate of the University of Virginia School of Law, returned to UVA on Tuesday to discuss politics and how her J.D. prepared her for a career arguing her point of view in the media.

As for Trump..... Reagan was probably his father's friend.

Amol S. said:
Is Reagan somewhat responsible for all that is occurring right now?
Click to expand...

Do we need to introduce you to a little thing called the Reagan Revolution and Reaganomics?
Republican governing principles have dominated the American political landscape since the 80s. Clinton, Obama? Powerless, mediocre results. Clinton was a shift to the right, chasing after southern / moderate voters. Both Democrat Presidents were young and charismatic. That's how you win an election. But in the 90s Clinton's centrist flair was seen as a guide for the Democratic response to Republican victory.

Solve the underlying issues? Big sweeping change to push back the Republican tide? No... go for small efforts that the seemingly Republican voters can tolerate. Maybe.
Did it work? You be the judge.

It gets worse, the GAP has grown wider. The divide between increasing GDP and shrinking worker's income. Our people have grown poorer every year for decades under Republican economic control and Democrats have not managed to seize an opportunity to make a dent. Unable to make meaningful change, the Reagan Revolution still governs this country, our wealth and our fortunes to this day. And our people suffer greatly.
Reactions: DarthKyrie, DaaQ, Sonikku and 2 others
M

Ronald Reagan was how imbeciles react to a humanity loving real Christian man. Not the shirt off my back and certainly not my coat as well! Have you no idea how poor in inwardly and how hard I had it growing up. You try to be a decent person and you will get stabbed in the back. Reagan promised to save me. He knew where the beef is. Gimme meat.
P

Reagan, like Thatcher, was a vehicle for evil. He was worse than Thatcher, because of the extent he pandered to social and religious conservatives to secure his rich-person's agenda, something Thatcher didn't really do.


(Surprises me the religious right never counted the number of letters in his full name - Ronald Wilson Reagan - pretty sure they'd have noticed that if it had been a Democrat)
Reactions: DarthKyrie and feralkid
P

Working class Republicans fixated on the shiny object dangling and spinning in front of their eyes, its sparkling facets shining out memes like "hate the Jews", "socialist commies", "they want to take my guns", "anti-Christians heathens", "Muslims must be banned", "brown invasion from the south taking our jobs", "Obamacare is fascist oppression", "radical leftists are crashing and burning the country to the ground", "Abortion and Gay Marriage is sinful!" and on and on and on. All this mesmerizing going on while the few very wealthy families like the Kochs, etc. who own and operate the Repub party are playing their beholden conservative serfs for the fools that they are, getting ever richer by the second.

The wealthy folks who control the GOP say "it's the liberals who are keeping you down with their socialist commie safety net programs that promote freeloading" and their indentured peasants cry out "Fuck Yeah!! We don't need no Social Security, Medicare, Obamacare, infrastructure projects and such, let's just give our money to the rich and they will take care of us!!". All while so many of them are gladly and quietly dependent on those very "socialist" programs to maintain a modest barebones lifestyle.

Their corrupted politicians scream out "Cut taxes for the rich! Small government!" and their lowly commoners cheer them on and say "Yes! Yes! even though we have no idea why!!"

Insanity reigns supreme. Among their peasant class, self-preservation and self-interest has somehow been interpreted into meaning that they should all sacrifice their lives at the alter of Corporate Greed or the boogeyman socialist commies hiding under their beds and in their closets will rape their children and steal their jobs. Trump is their one and only hope of keeping the "fascist socialists" from plunging the nation into "a hell on earth".

Imagine that. A degenerate, lying, hopelessly selfish, Putin loving mentally crippled admitted racist and abuser of women is their last and best hope to make and keep America great, whatever the fuck that means. Insanity I tell you.
Reactions: DarthKyrie and UnklSnappy
You must log in or register to reply here.
Share:
Facebook Twitter Reddit Tumblr WhatsApp Email Link