Getting tired of this Thor v2 with . . . questionable build quality and its old-fashioned front panel that has only USB-A connectors. I need an update. Sadly I can't find any cases with huge side panel fans anymore.

Basically I need a case with a big-ass fan to blow perpendicular to my motherboard to cool VRMs and (possibly) chipset - not sure if AM5 will have the same problem as AM4/x570 did wrt the chipset, but that side case fan lowers all my motherboard component temps, and it probably helps cool my RAM too. Front-to-back and bottom-to-top airflow just doesn't compete effectively with a good fan blowing perpendicular to the board! My CPU and GPU will be watercooled using an external rad (MO-RA3).

(btw I already posted this question a few days ago but somehow it magically got deleted, or never even made it to the forum, not sure what happened)
0

No suggestions? I'm willing to consider abnormal configs like, I dunno, I saw a case the other day where the mobo mounts flat and there's a huge-arsed fan blowing down on it from the top. Just not sure it'll work well with my external rad.
0

How well would fans circulating air on backside of MB work?
Years ago I cut a 120mm fan hole in the backing for MB and blew air on to back side of MB.
0
T

While it's not a side panel fan it does have a dual chamber ventilation. Take a look at the Node 804 as you can cram 8 fans into the case. 5 on the MOBO side and 3 on the backside where storage drives would be located.

It's mATX though but, you didn't mention which size board you're using. If you don't use the drive backets you can put 2 more fans on the top position. Also, you can zip tie a couple on the bottom of the case to draw more air in through the bottom. With some PWM PST fans they daisy chain together to use less headers and increase air flow.

If you want something for an ATX sized board that stays cool and has plenty of room for fans then Meshify 2 would be an option with 9 fan mounts.

I've used both and they provide ample cooling. I switched to the Meshify when I upgraded to ADL and needed to switch to ATX and it stays plenty cool. If you're at the right angle you can see from the front to the back of the case. The Node is a bit more discrete with 25% of the front being mesh.

Another option might be the Evo HAF which is a very open air design. The lid has a mount for IIRC a 200MM fan

I do recall a couple of other cases that use the side panel for fans but, there's only a couple of them. The one that comes to mind has the capability of mounting 2 systems inside of it. 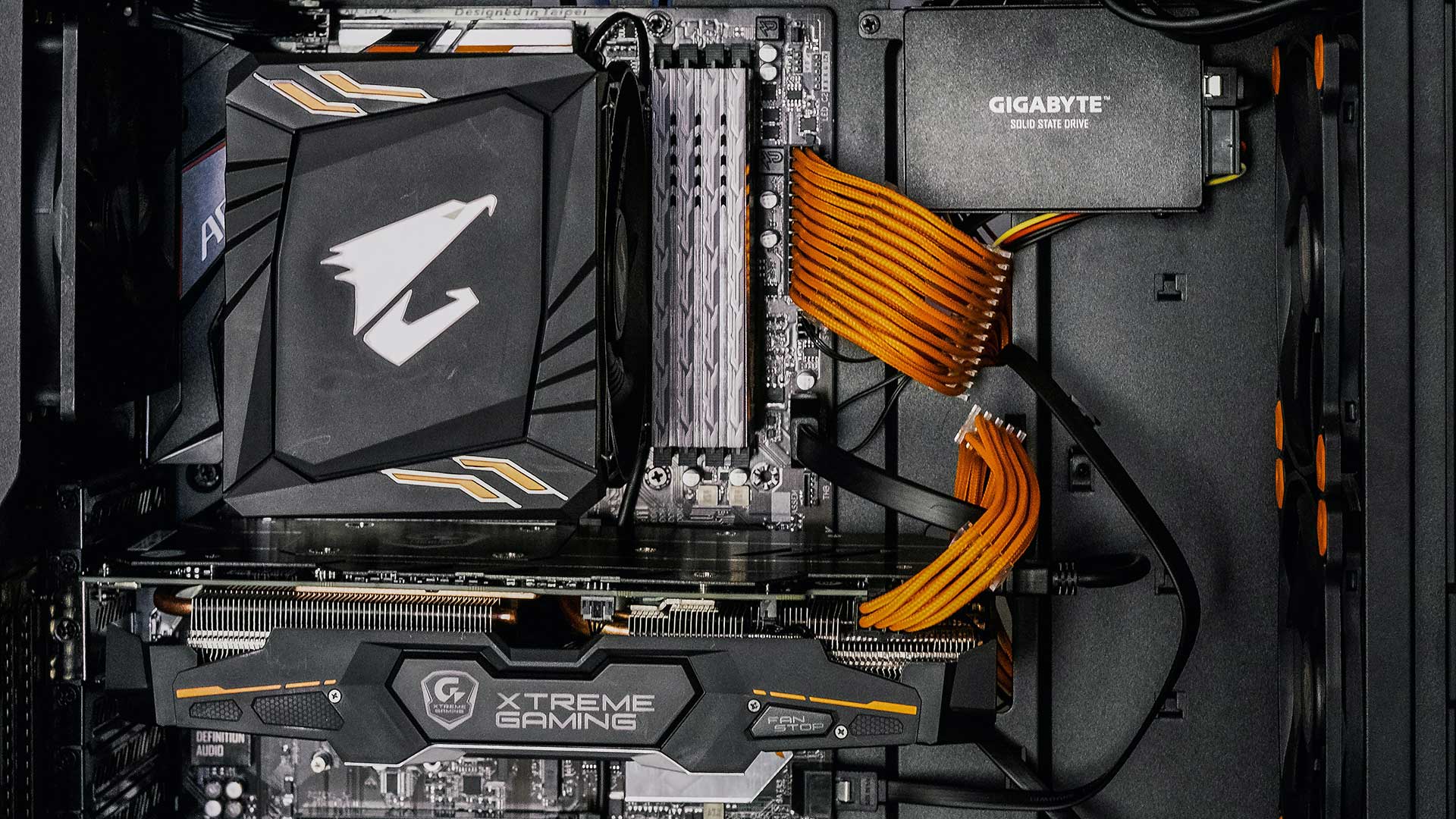 We took a look at all the major players – be quiet!, Cougar, Phanteks, and SilverStone – to find out which dual systems they’re offering today. If you want to build your own multi-purpose machine, these are the ones to look at. 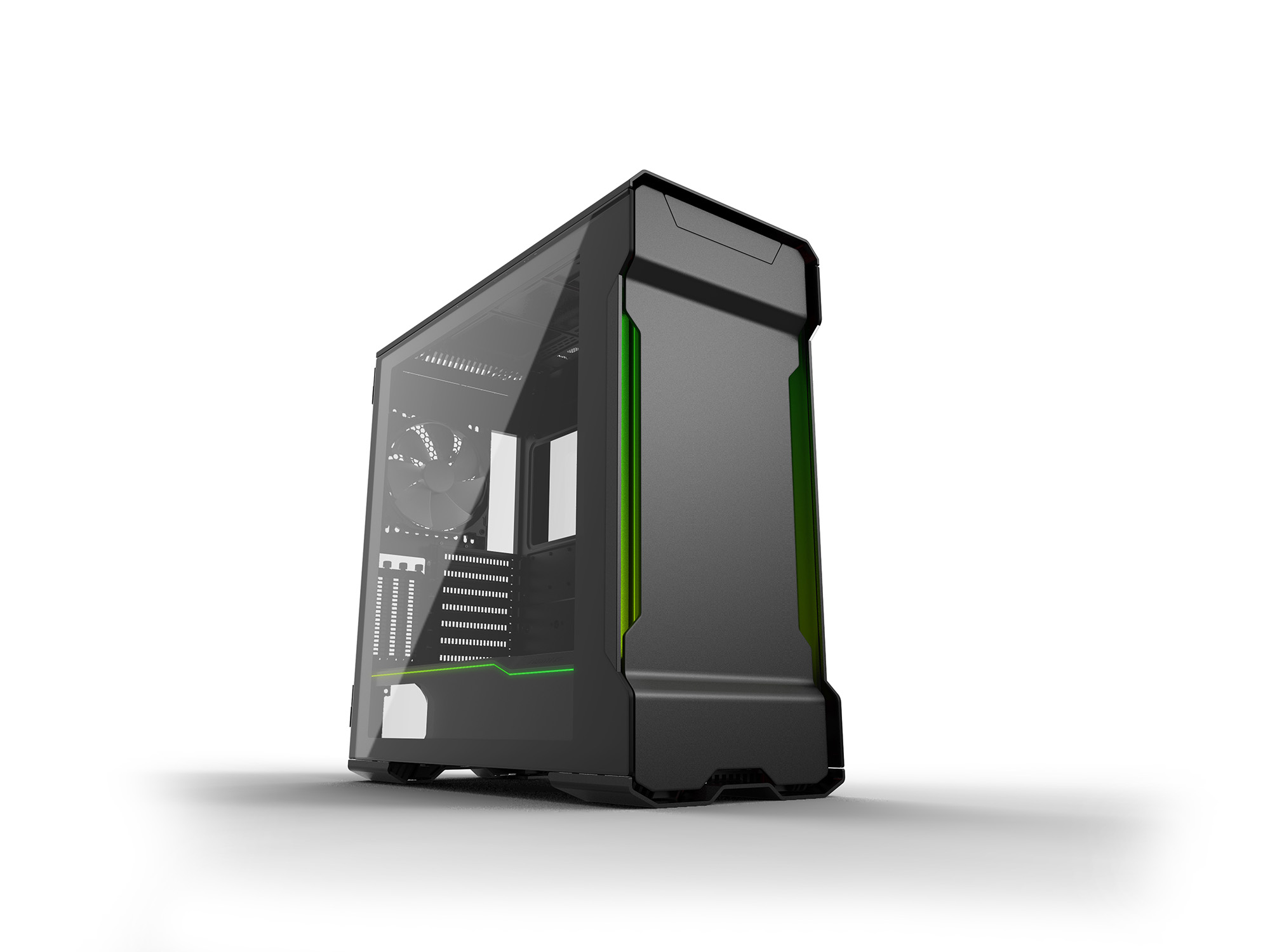 5 Best Dual PC Cases In 2022: For The Most Insane Custom PC Builds

The world of PC Gaming is vast and vide. We're seeing new and innovative ideas pop up day after day. The gaming industry is by far one of the fastest

That 804 is kinda weird. I may just give up on the side panel fan. Board size will be ATX or EATX. It's gonna be a flagship AM5 motherboard, presumably Gigabyte since I did okay with them last time around.

There won't be much heat dissipated in the case, I just want perpendicular airflow and an updated front panel. And an easy way to route rubber hoses into and out of the case (yes I use tacky black rubber tubing for my loop, so sue me. It lasts and it doesn't react with anything).
0

I however like the tower 900 series as well if watercooling is a remote possibility.

I am starting to be a fan in specialized mounting config cases, like that one which was taken off a silverstone Raven Design to allow all ports to be faced up top and not rear.
0

heh I got my dad a thor for his last pc. he doesn't use the front panel at all not even the power button. got a external power button and extension cables so he could use the ports on the back. just get a nice long usb-c to usbc cable and a usb3 cable.(*female extension cables are good if you like using devices with their cables)
0

That might actually work. If I could move those fan banks to be parallel with the mobo . . . but it only has USB-a support on the I/O panel. Le sigh.

Maybe I shouldn't obsess over that point. USB-a is really becoming dated though.
0

That might actually work. If I could move those fan banks to be parallel with the mobo . . . but it only has USB-a support on the I/O panel. Le sigh.

Maybe I shouldn't obsess over that point. USB-a is really becoming dated though.
Click to expand...

it has 4 x usb-a 3.0 support up front on the side next to the power button along with standard mic/headphone jack.

The x9 is a great case, i absolutely love it.
It was dub'd the poorman's mountain mods hori, which i feel it maybe even better then a hori as i have had one.

As for the fan banks being parallels, YES.
The top roof the case was designed for up to a 480 series radiator, or dual AIO for both GPU and CPU with rads sitting up top, having fans blow air down onto the board.

And YES it even has dust filters on every last fan intake port, which don't have a annoying plastic rim which can break, and are magnetic for slap on and slap off maintance.
My only civet. Its HEAVY AS HECK fully loaded with all my gear.
0

aigomorla said:
it has 4 x usb-a 3.0 support up front on the side next to the power button along with standard mic/headphone jack.
Click to expand...

Yeah, I was wanting at least one usb-c.

The x9 is a great case, i absolutely love it.
It was dub'd the poorman's mountain mods hori, which i feel it maybe even better then a hori as i have had one.

As for the fan banks being parallels, YES.
Click to expand...

That's a plus. Now to see if it'll fit in my current space.
0

The case has no USB Type-C.

You need to get into the premium cases for Type-C.
That requires a Level 20XT.

Its basically the same thing as a X9 almost but with glass side panels, and a more recent refresh.
But i can tell you already having that many large glass panels will make the case UBER heavy, but having a 200x2 front fan config would keep everything inside VERY nice and VERY QUIET, especially if you had the top fans also populated with low rpm / high static fans to push air directly to your board and gpu.
0

Is it possible to get a 3.5" drive bay front with a USB-C connector that plugs into a USB 3.x motherboard header?
0
T

mikeymikec said:
Is it possible to get a 3.5" drive bay front with a USB-C connector that plugs into a USB 3.x motherboard header?
Click to expand...

It doesn't really make a difference as to what speed they're rated for either as long as you have the header to connect to them on the MOBO you should be set. I went with a Meshify 2 case for the C on the panel and connected it to the header on the MOBO for 20gbps USB connectivity.

https://www.amazon.com/GRAUGEAR-Internal-Computer-Drive-Free-G-MP01/dp/B09XV6XDL - has the compact header connector for enabling 10/20gbps off MOBO

So, you'll see the difference in the connectors

This is where the bandwidth changes come from. The USB3 will do 5gbps but, the compact one is used for everything from 10/20/40gbps. The photo is just an adapter that would provide 5gbps.. the MOBO has the compact connector / rated for whatever they provisioned it for in the manual. You can always add a PCI card though for whatever speed you want to achieve for ~$40

There are even options for cables that connect to the compact connector that you can mount through the case w/ some modifications to the case.
0

aigomorla said:
That requires a Level 20XT.
Click to expand...

Imma have to look at that one, thanks!


mikeymikec said:
Is it possible to get a 3.5" drive bay front with a USB-C connector that plugs into a USB 3.x motherboard header?
Click to expand...

Yeah they have USB-c 3.2 panels that fit into 3.5" bays. I'm skeptical as to whether I want one since they all adhere to the old USB3.2 10 Gbps standard; I think AM5 boards will have USB4 headers for higher speeds, and I'm not confident that any of these penels will work at those speeds. They might though. Of course if I get something like the 20XT, it may have the same limitation on its front panel so. Meh.
You must log in or register to reply here.
Share:
Facebook Twitter Reddit Tumblr WhatsApp Email Link