Sheriff Joe - the gift that keeps on giving

Maricopa County taxpayers have spend over $178,000,000 on settlements and court order compliance in reforming former Sheriff Joe's department to date. The final bill is unknown but is expected to exceed $200 million in the next year. Sometimes, bigotry is expensive. 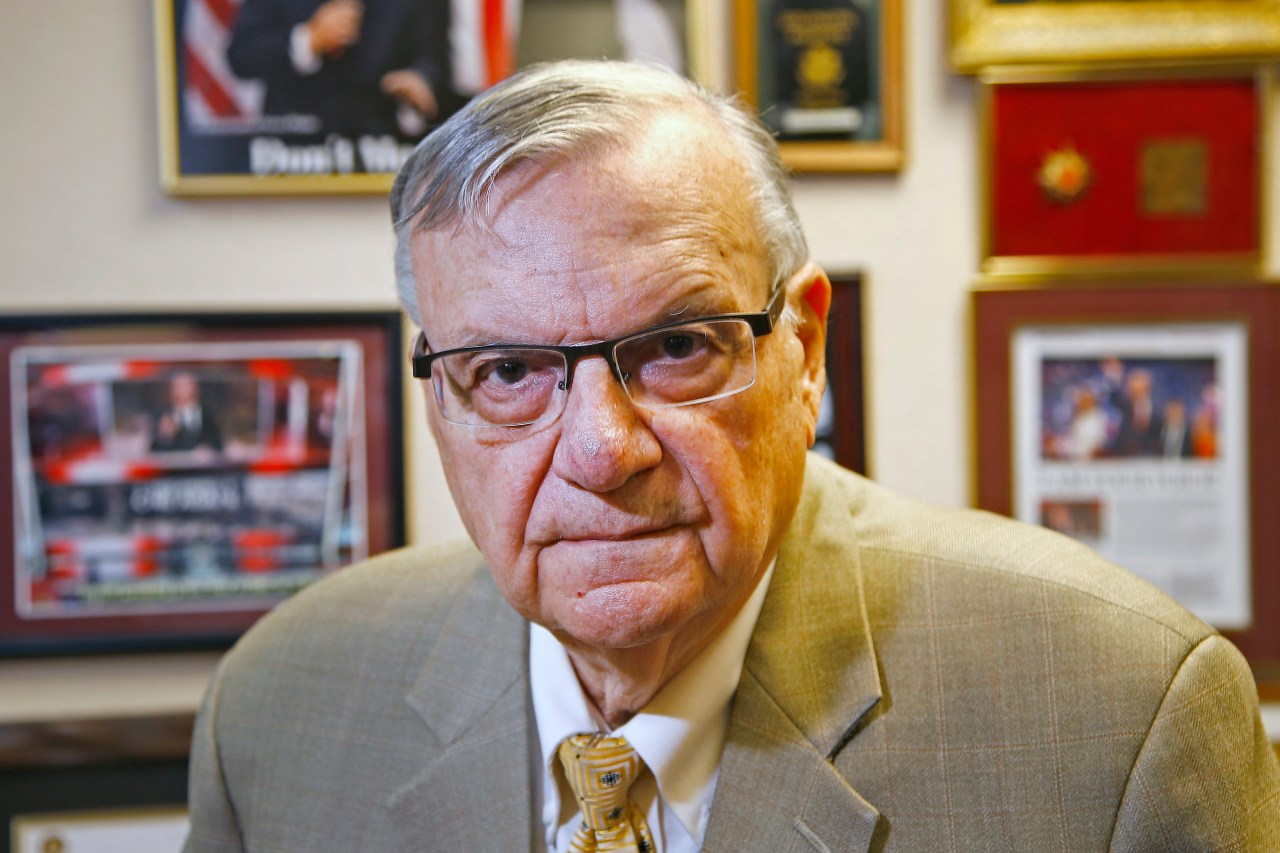 The costs to taxpayers from a racial profiling lawsuit stemming from former Sheriff Joe Arpaio’s immigration patrols in metro Phoenix a decade ago are expected to reach $202 million by summer 2022.…

But damn, it felt good to stick it to them illegals!

nakedfrog said:
But damn, it felt good to stick it to them illegals!

I guess they'll have to eliminate a state pension or something like that to pay for it.

No dumb-dumb the incompetent, law avoiding, fame seeking Sheriff’s fines have raised your taxes.
Reactions: Lezunto, hal2kilo, Pohemi420 and 4 others

But will they elect him Mayor? 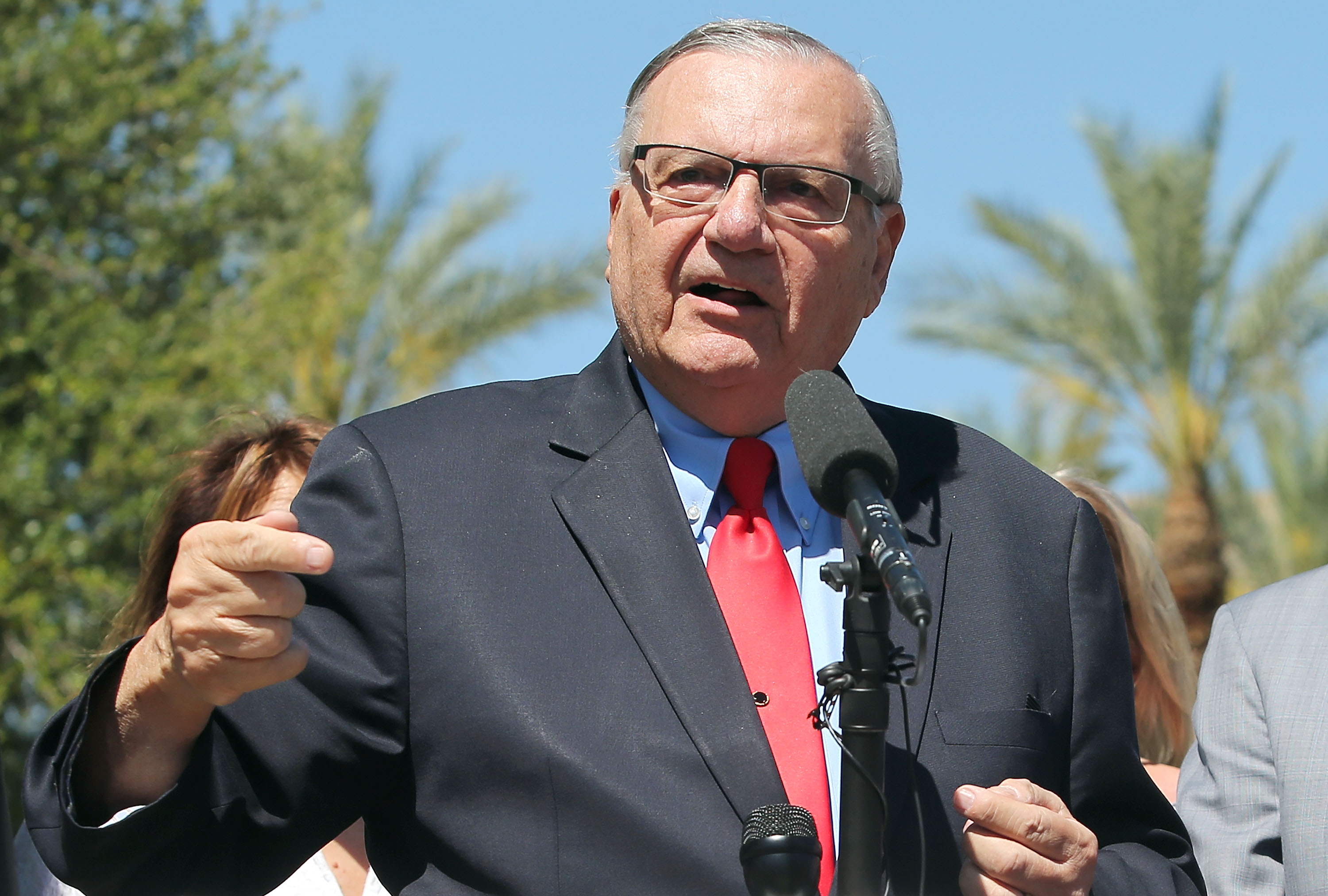 "I want to directly give something back to my hometown of Fountain Hills, Arizona, which I love, utilizing my life experience and common sense to make Fountain Hills a better place to live," said Arpaio.

Those are some expensive tents.

sdifox said:
Those are some expensive tents.
Click to expand...

Who knew bologna sandwiches had gone up that much?
R

I can abide the mass violations of civil rights Joe, but a guy who puts an apostrophe in to make words plural is just unacceptable.

Isn't that guy like 145 years old? Why is it these fuckers never die while the good die young?
Reactions: BlueWeasel

Has he ever had a job? Or has he been sucking government money all his life?

woolfe9998 said:
Isn't that guy like 145 years old? Why is it these fuckers never die while the good die young?
Click to expand...

there should be an image of zombie sheriff joe somewhere on the net. if not someone should create one.

woolfe9998 said:
Isn't that guy like 145 year's old? Why is it these fuckers never die while the good die young?
Click to expand...

Joe fixed that for you.
Reactions: skyking
R

Lost_in_the_HTTP said:
Has he ever had a job? Or has he been sucking government money all his life?
Click to expand...

woolfe9998 said:
Isn't that guy like 145 years old? Why is it these fuckers never die while the good die young?
Click to expand...

Was thinking, why isn't he dead yet.
L

From a nicely written Op-Ed piece from Laurie Roberts in the Arizona Republic:

In response to someone asking if Sheriff Joe has always drawn pay from taxpayers. For years, Sheriff Arpaio enjoyed wide support from many, Roberts wrote.

"But after more than two decades in office and too many controversies to count, Arapio’s sheriff star lost its luster.

He hobbled out of office in 2016, crippled by controversy over his unconstitutional illegal immigration patrols and having cost taxpayers hundreds of millions of dollars.

Then he ran for the U.S. Senate in 2018 and came in last in the primary. Even in Fountain Hills, he finished a distant third behind Martha McSally and Kelli Ward.

Now, he’s running for mayor. This, just seven months after losing Ava, his wife of 63 years. This, already four months past his 89th birthday.

Presumably, he’ll be running against Mayor Ginny Dickey, who served eight years on the Town Council before becoming mayor in 2018."

And the bills keep on keepin' on;
With latest payout, Arizona sheriff has cost taxpayers $100M

St. Louis Post-Dispatch|5 hours ago
Nearly five years after Joe Arpaio was voted out as sheriff of Arizona's most populous county, taxpayers are covering one of the last major bills from the ...

Why do you assume these individuals, once properly citizens and given the right to vote, would automatically vote for Democrats?