Will they commit troops?
Can China afford for Russia to bite the dust?
Reactions: Leeea
L

It seems war is no longer on the table, and now we are talking "harsh measures": 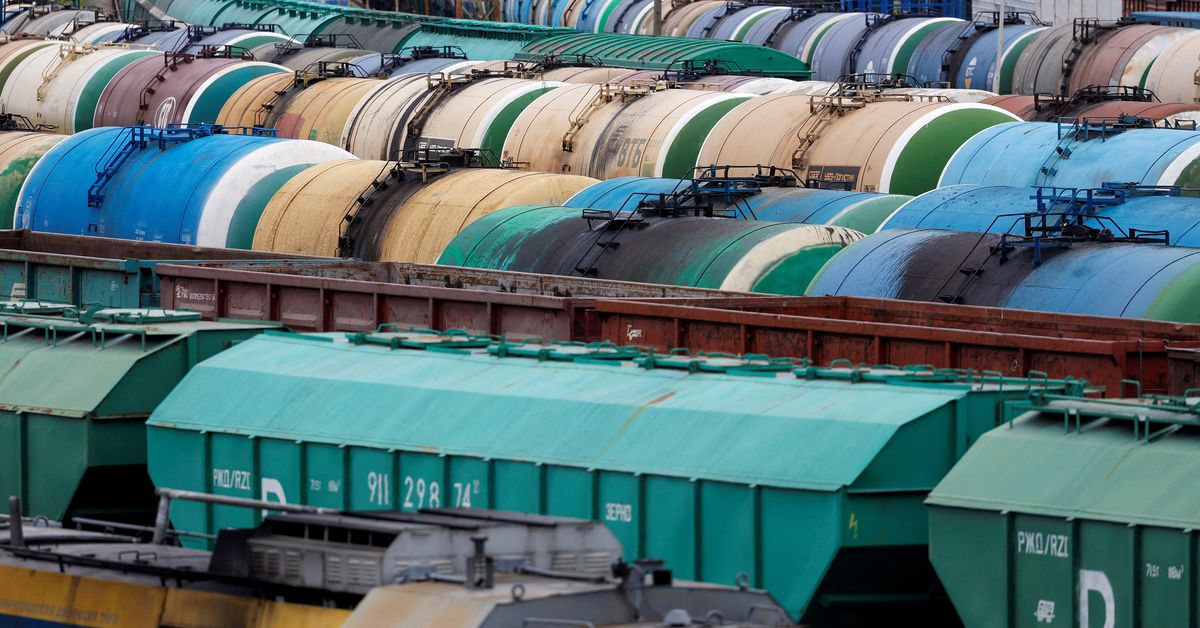 Russia warned Lithuania and the European Union on Friday that it could adopt "harsh measures" against them if the transit of some goods to and from the Russian exclave of Kaliningrad did not resume.


Once again showing Russia only understands once thing: Force.
Diplomacy is irrelevant.
Negotiation is viewed as weakness.
The only correct action is to punch Russia in the face and watch the Russian "bear" fold like the pathetic joke it is.
Reactions: hal2kilo and dank69
L

cytg111 said:
Will they commit troops?
Can China afford for Russia to bite the dust?
Click to expand...

I think the Chinese are hoping Russia will bite the dust. Remember, they teach their school children Outer Manchuria is part of China, and it was taken from China during the century of humiliation by an unequal treaty.

China's long term goal is likely to take back what China feels is China's.

fskimospy said:
If Russia has the initiative then why have they stopped their offensive?
Click to expand...

it's brilliant tactics, obviously. We just have to wait and see!
Reactions: RnR_au

I think the Chinese are hoping Russia will bite the dust. Remember, they teach their school children Outer Manchuria is part of China, and it was taken from China during the century of humiliation by an unequal treaty.

China's long term goal is likely to take back what China feels is China's.

I hope this includes Moscow...
L

https://www.reddit.com/r/CombatFootage/comments/vv6vve
Wonder if they are trying to use maneuver units do to an artillery ammo shortage?
L

cytg111 said:
Will they commit troops?
Can China afford for Russia to bite the dust?
Click to expand...

The USA have already sanctioned 5 Chinese companies for shipping tech substitutes to Russia. If the Chinese committed troops, they would lose the European and American Export markets at minimum. Their economy would crater.

China is walking a thin line. Recently their foreign minister wouldn't answer questions on if they supported Russia's territorial expansion.

We should be trying to pull China away from Russia.
L

yet another ammo depot:

JTsyo said:
What I fear is with Russia willing to move to a war economy but missing tech imports, they are just going to field tons of dumb munitions and basically level everything. It's going to cost Ukraine more lives to go on the offensive and retake land.
Click to expand...

They'll just end up shipping both equipment and people to Ukraine and get them destroyed by modern, guided, longer-ranged munitions.

Its like giving someone a new sword when they are facing longbows. Doesn't matter a damn.
Reactions: Leeea

Ukraine is having a party with many depots in occupied Donetsk the last couple days.

I saw a story that Reznikov is still pressing for ATACMS and that while the US still saying no for now we are increasingly comfortable that they won't use the systems against Russian territory and are using them very effectively. He also specifically mentioned they could use something with 150km range which is the publicly stated capability of ER-GMLRS. Those rockets are supposed to be in production very soon if not already. Per Russian Telegram channels their S-300/S-400s are unable to track and/or engage incoming GMLRS, much to the frustration of the troops. ER-GMLRS would be a major threat to these sites.
Reactions: Brovane, Leeea and [DHT]Osiris

War in Ukraine: Luhansk has fallen - what's to expect?
Click to expand...

excellent video, especially with the troop movements. Best explanation of unit positions I have seen.


However, he does show his bias when he refers to Russian occupation as "liberation".

However, he does make some claims that seem a bit of a push. For example, he correctly claims the retreat from Luhansk was chaos, but then he incorrectly claims some enough Ukrainian forces were left behind to hurt the Ukrainian position. However, there are Russian sources complaining all the Ukrainian escaped. Ukraine itself claims all organized military forces escaped. His claim appears unsupportable.


His claims of estimated force levels levels appear to be straight bullshit. He appears to just pull that out of his ass. He makes the aggressive claim that 1 in 4 defending Ukrainians have been taken out, and makes no attempt to support it. He also claims that Russian has increased its strength in the area in the same time frame, which is basically drinking the Russian cool aid at that point.


His biggest problem is he is trying to hard to be neutral. He is treating Russian propaganda as valid sources of information, which makes many of his conclusions deeply flawed.


His analyst of the movement of troops are excellent. His projections of what will happen in the winter are silly and absurd.
Last edited: Jul 10, 2022
Reactions: Racan

Meanwhile, all over Russian occupied Ukraine...

sandorski said:
We should be trying to pull China away from Russia.
Click to expand...