How batshit is the GOP? 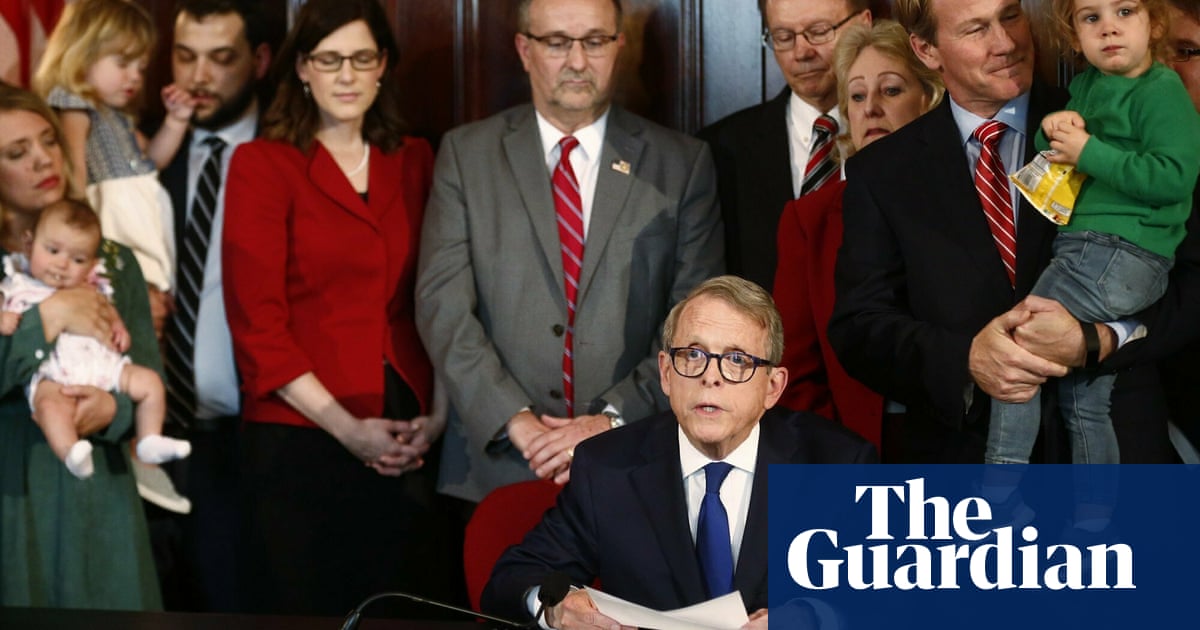 A bill to ban abortion introduced in the Ohio state legislature requires doctors to “reimplant an ectopic pregnancy” into a woman’s uterus – a procedure that does not exist in medical science – or face charges of “abortion murder”.

This is the second time practising obstetricians and gynecologists have tried to tell the Ohio legislators that the idea is currently medically impossible.

The move comes amid a wave of increasingly severe anti-abortion bills introduced across much of the country as conservative Republican politicians seek to ban abortion and force a legal showdown on abortion with the supreme court.

Ohio’s move on ectopic pregnancies – where an embryo implants on the mother’s fallopian tube rather than her uterus rendering the pregnancy unviable – is one of the most extreme bills to date.

“I don’t believe I’m typing this again but, that’s impossible,” wrote Ohio obstetrician and gynecologist Dr David Hackney on Twitter. “We’ll all be going to jail,” he said.

An ectopic pregnancy is a life-threatening condition, which can kill a woman if the embryonic tissue grows unchecked.

In addition to ordering doctors to do the impossible or face criminal charges, House Bill 413 bans abortion outright and defines a fertilized egg as an “unborn child”.

The bill is sponsored by representatives Candice Keller and Ron Hood, and co-sponsored by 19 members of Ohio’s 99-member House.

Mike Gonidakis, the president of the anti-abortion group Ohio Right to Life, declined to comment on the bill, and said he was still reading the legislation because, it’s “approximately 700 pages long”. He said his office is “taking off the rest of the week for Thanksgiving”.

The Guardian also contacted the Susan B Anthony List, a national anti-abortion organization. The organization did not reply to a request for comment.

Ohio passed a six-week abortion ban last summer. The “heartbeat bill”, as supporters called it, banned abortion before most women know they are pregnant. Reproductive rights groups immediately sued, and the bill never went into effect. Abortion is legal in all 50 US states.

In May, researcher Dr Daniel Grossman argued reimplanting a fertilized egg or embryo is “pure science fiction” in a Twitter thread that went viral in May, when the bill was first introduced.
T

Not that this level of stupidity shouldn't be repeatedly called out.

Not that this level of stupidity shouldn't be repeatedly called out.
Click to expand...